This is William Henry Gates III you might know him as "BILL GATES" The founder of Microsoft or the richest person in the world. Before starting the article I would to like to tell you that this article will relate to BILL GATES's life before Microsoft.

He was born on October 28, 1955 in a city called SEATTLE a big coastal sea port city in WASHINGTON.

His father's name is William Henry Gates Senior. He was just an amazing lawyer and every one in the city knew him. His mother's name is Marry Maxwell Gate. She was a school teacher and served as a board of directors for several companies.

Bill was born in a well to do family. So, his story isn't like a richest story as many people assume. Bill was the 2nd (second) child of William Sr. and Marry Gates. He has 1 (one) elder sister named Kristi Gates and 1 (one) younger sister named Libby Gates.

Bill gates was just like other children in his child hood. He really liked being at the school. During lunch breaks he used to hangout with his friends. He was really interested in Mathematics & Science. He always excelled at it. His parents noticed it 13. They enrolled him in other school called Lakeside School which was an exclusive territory school (Private School). Bill was really hesitant to join Lakeside because he didn't wanted to leave all his friends behind. But he thought it would be for the best but he was so wrong. He was always been a socially awkward kid and had great difficulties in making new friends. Students at the lakeside were in the best of people he was got bullied almost every other day. Why? Maybe because he was a that bit different. Maybe because he didn't played football. Or wasn't a part of a group or a click. Little bit they don't know he would go on to find Microsoft. Because of that bullies he started skipping school at home he had no friends at the school and he had lost touch with his old friends. It was really bad phase for Bill's life. And then he met Paul Allen in his life changed for the best. At his school because of the fear of being bullied he spend most of his time and lunch breaks in the library. I day this guy comes to Bill and starts talking to him. As they start talking they realized that they had a lot of things in common. They shared same interests and it was a big deal for Bill because could finally share his experiences and creations with someone who actually was interested. Bill and Paul became good friends in a really short amount of time. When Bill was in 8th grade a club at his school got a Tellytype model 33 ASR a terminal and a block of computer time on general electric computer for a school students. Bill was really curious about the workings of this computer system and accused interests in programming the GE system and basic. Bill couldn't wait to go back to the lab and work on the system again. He was so excited and eager about the whole deal. He use to skip his maths classes to program because he loved mathematics and it was easy for him. He wrote his first program a tic tac toe game that allowed users to play game against the computer. That feeling was immense for Bill. He could make programs too what he wanted and how he wanted. He didn't care about the bullies any more. He skipped classes to be at the lab. He sneaked out of his house at night to be at the lab. He wasn't contempt with his computer time. He wanted more he wanted to try so much more. Bill, Paul and two other friends that it exploiting bugs in the operating system to obtain free time but they were caught and banned from using the lab for the summer. After the ban they were hired to find bugs in the software in exchange for computer time. Allen and Bill wrote a program called Traf-O-Data (this program was to make traffic counters of the SEATTLE City) at later they sold it for 20,000$. Bill wanted to drop out of school and pursue his interests. But his parents wanted him to complete his school and go to college. He graduated high school in 1973 with good grades. He scored 1590 out of 1600 on his SAT's and was accepted in almost all the colleges in which Bill applied. They liked his creations and his past job experience. He enrolled in Harvard College in Autumn 1973. He didn't have a definite study plan at Harvard. Harvard was tough he was staying awake night after night and scoring D's on his Chemistry exam. He knew what he wanted to do with his life but that didn't involved Harvard. He remained in contact with Paul Allen and joined him at HONEY WELL during the summer of 1974. They worked on various projects together and remember their school memories almost every night. Alter 8800 was released the following year. And Allen went running to Bill saying that revolution is happening. They both wanted to be a part of this revolution they thought they couldn't be left behind. They wanted to do something of their own creation. Bill couldn't pursue his interests staying at Harvard. Bill decided to drop out of Harvard. Bill's parents and his relatives went berserk. They were shocked and asked Bill how you could leave college without graduating. Every one in Bill's family had degrees from the good colleges. And his family had a rich history of business, politics and community services. Bill tried to explain them. But relatives wouldn't agreed to Bill. Fortunately his parents understood and stood by Bill's side. So after 3 years at Harvard Bill decided to drop out. After dropping out Allen and Bill. They co founded Micro-Soft in 1975. Last year Bill's company's quarterly revenue was 18.6 Billion Dollars.

Bill inspires lots of people in this world. Life isn't fair you have to get used to that fact. Peoples are going to hold your legs and pull you down. They are going to step on you and keep you down. But you have to stand up to them. No body is going to solve you your life on a silver platter. You will not make 60 thousand a year right out of high school. You have to take small steps at a time. You can't expect to be a C.E.O of a company in a day. Have patience life is not divided into semesters. You don't get summers off already few employers out are interested in helping you find your selves. Do that on your own time. Stop wasting your summers. It doesn't means you should not enjoy your vacations but use your vacations to try something new. Explore your self. Create something. If you mess up it's not your parents fault. So don't vine about your mistakes. Learn from your mistakes and past. You and only you are responsible for the mistakes you make. Stop blaming others and stop worrying about your grades so much. Grades are useless if you don't learn any thing new or useful. Imagine where Bill would have been if Bill would have scored A+ in my chemistry exams instead of doing something which Bill truly enjoyed. Maybe there wouldn't have been Micro Soft. Who knows? You are going to live only once just one life. Make it big.

It's fine to celebrate success but it is more important to heed the lessons of failure.

Success is a lousy teacher. It seduces smart people into thinking they can't lose.

Bill Gates is happily married to Melinda French and they have three children: two daughters JENNIFER KATHERINE and PHOEBE ADELE and a son, RORY JOHN.

Bill Gates current net worth is $86.6 billion as 3-12-2017. If Bill Gates were a country, He will be the 37th richest country on earth. BILL and MELINDA GATES have donated $28 billion to charity and planned to donated 95% of their wealth to charity.

I hope so that you guys enjoyed reading this article and get much motivated. If so then do like and leave a comment bellow. Show me your love of reading I will bring you more and more like these. Thank you so much for reading. Take a good care of your selves. Stay safe. Bye! 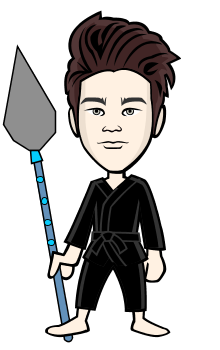