Hillary Rodham Clinton (born in Chicago, Illinois, October 26, 1947, age 62 years with Hillary Diane Rodham name), and grew up in a family in Park Ridgde, Illinois. Her father, Hugh Ellsworth Rodham, a conservative, was an executive in the textile industry, and her mother, Dorothy Emma Howell Rodham, a housewife. Hillary has two brothers, Hugh and Anthony Junior. 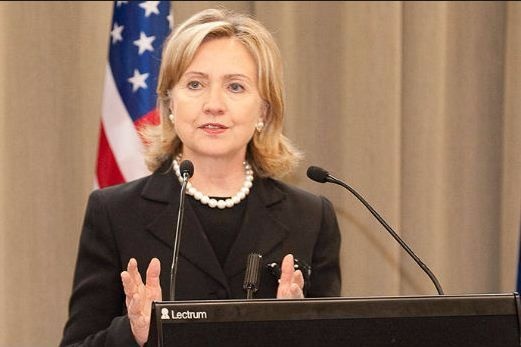 Hillary started his career as a lawyer to become the first female colleagues at the Rose Law Firm in 1979, he even twice listed as one of the 100 most influential lawyers in America. Then he became Governor of Arkansas (periods 1979-1981 and 1981-1992) and active in a number of organizations associated with the welfare of children as well as a board member of Wal-Mart and several other companies.

When her husband, Bill Clinton, was elected as President of the United States 42nd, Hillary First Lady of the United States for two terms (1993-2001). After that, starting on January 3, 2001 he became the junior US senator from the state of New York, it makes it a former first lady who won the first general election to an office in the US. He was re-elected as a senator with a landslide victory in 2006.

On January 20, 2007 he formally declared himself to participate in the US presidential election of 2008. In the American presidential election, Clinton won more primaries and delegates than any other women throughout US history, but after a long campaign, Senator Barack Obama became the Democratic candidate elected in June 2008.

On January 22, 2009 Hillary Clinton sworn in as United States Secretary of State, and is still served today. 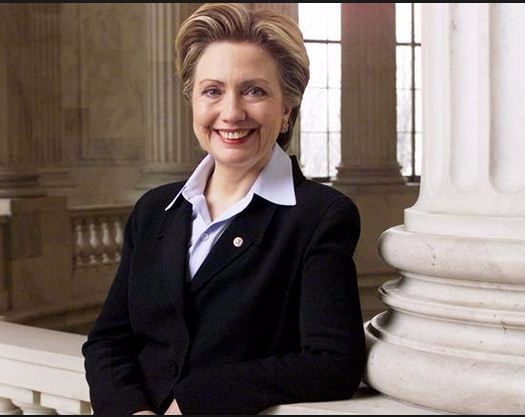 Politics is not a new thing for Hillary Rodham. Since childhood, political discourse has become part of the family. His parents' house is one of the posts where the gathering of Republicans in the Park Ridge. Since childhood, Hillary are used to hearing his father cried arguing about politics with friends. In fact, Hillary occasionally given the opportunity to speak on the same page, even in the capacity as an 'underdog'. What is unique, both brother Hillary actually not at all interested in politics.

Not surprisingly, interest and ambition to become an accomplished politician has been growing in Clinton since she was a 'child kencur'. Entering high school, Hillary became active in various youth organizations to be a Republican. Clinton also ardent supporters of Dr. Martin Luther King Jr., black leaders are fighting for equality between the whites and blacks in the United States.

He wants to be a politician who could fight for equal rights in all fields for the American woman, who was still regarded as second-class citizens. In addition, the mirror of her mother's childhood and his own childhood, he also wants to fight for a better life and happy for the kids.

"Mom always said, do not restrict yourself to do anything you're interested in just because you're a woman," Hillary recalled.

Much can be imitated from a figure of Hillary.

First of segalannya, Hillary is a smart politician and successful woman, is a reflection of modern women who are fighting for the rights of women and children. As First Lady of the United States, in 1997 and 1999, Clinton was instrumental in the formation of several laws concerning the welfare of women and children. He also wrote a book about children titled "It Takes A Village 'and a autoboigrafi entitled' My Life '. Because kepedualiannya great on the lives of women, children and youth, Hillary earned many awards such as Advancer Woman of the Year and Advancer Mother of the Year.

Second, Hillary turned out as successful women from childhood accustomed to discipline and simple living. It is heavily influenced his father, Hugh Rodham. According to Hillary, her father's strict discipline on their children, but rather to his sons. Clinton also admitted that his father tend to be stingy about money. Perhaps, it is the impact due to the nature of the economic difficulties experienced during the economic depression that hit the United States in the early 1900s. In the winter though, his father used to turn off the heating, when the children have gone to bed, and turn it back early, to save electricity.

Third, Hillary is a woman who is very intelligent and successful in education. But although since childhood Hillary already look smart does not mean Hillary's childhood is spent in studying and learning. He hangs out with normal, had enough time to play with the kids around the house, had several times to fight with them. He has always been a star in his school, both while at Wellesley College and Yale University Law School. Even as it is intelligent, Hillary accepted at Harvard and Yale, two of the top universities in the United States commonly referred to as 'The Ivy League'.

Fourth, Hillary is a woman who is successful in a career, he recorded achievement as the first female colleagues at the Rose Law Firm in 1979, he even twice listed as one of the 100 most influential lawyers in America. Later he became the junior US senator from the state of New York and is a record of history as a former first lady who won the first general election to an office in the US. In the American presidential election, Clinton won more primaries and delegates than any other women throughout US history. Until on January 22, 2009 Hillary Clinton sworn in as United States Secretary of State, who also was first held by women.

Fifth, despite having a husband who is also the president of the United States, Bill Clinton, which is undoubtedly very influential, Hillary not merely to piggyback on the success of her husband. He supports and plays a major role in the career of her husband, but she remained independent as pengecara his career, he even once criticized for using her maiden name (without Clinton) as a pseudonym when he worked as a lawyer, because tidaka want to piggyback on the big names of the husband. And proved to jabatatannya that now, US Secretary of State Hillary prove his quality, not just its name.

Sixth, the couple were very well-known and influential, the condition of her marriage to Bill Clinton during this harmony. Although once a common concern after the Lewinsky scandal in 1998. The ordeal itself is quite burdensome as an ordinary woman who betrayed his love, but Hillary managed mempertahnkan marriage.

THINGS TO reflected in MYSELF

Hillary Clinton is an inspiration, not only for me but also for all women in the world .. Hillary is a feminist. Consistently he fight for equality and justice for women, both in society and within the family. Hillary was also a woman who is intelligent, educated, and able to be financially independent.

Hillary Clinton not only prove his intelligence, but also caring and kindness of his heart, to fight for the fate of women and children. It makes me so amazed and inspired, Hillary has a soul Kartini, who is also my idol. Someday I want to be like Hillary.

Hillary prove, to me and to the world, that the woman should show himself, his achievements, and his strength. There is no reason to give up just because I was a woman. In accordance with the confidence instilled by the mother Hillary, do not restrict yourself to do anything you're interested in just because you're a woman.