Digital money will make it easier for citizens to hold public and private organizations accountable.

In the blockchain, psydeuonyms called addresses are used to identify account holders. An address is a string of letters and numbers that is an encrypted package of information that can only be decyphered by the bitcoin software looking at the blockchain and doing the proper mathematical calculations.

This means that by default, users in the system are anonymous. All the addresses are in the blockchain,  these show the mathematic location of all bitcoins in existence. BUT since the addresses are only RANDOM letters and numbers; the addresses do not show the name and location of the bitcoin real owner, the person. All personal information is entirely encrypted and can only be decyphered using authorized passwords. This means that the identity of anyone using the system is anonymous.

Using the BlockChain to increase transparency

So how will a public ledger full of encrypted information help with accountability?

The beauty in having a massive public ledger is that public organizations could have publicly known addresses. Government agencies, for instance, could have publicly disclosed address locations. This essentially means that the financial activity of state organizational bodies could be completely transparent and accessible to anyone, anywhere, at anytime.

Computer programs could be written to monitor these publicly known bitcoin accounts for any fradulant or illegal activity. This essentially means that citizens would have immediate knowledge of the exact workings of their state and civic bodies down to the penny.

Phone apps could be developed based on public data that link users to real-time information on what their local community is doing.

With statistical rates of trust in state institutions are at a critical all time low, it is apparent that by adopting such techniques and technologies honestly and on open terms, governmental bodies could robustly restore the trust and value of their organizations.

Perhaps the most important example of this shift in political theory is the hugely positive effect that digital currency can have on taxation.

This decentralized way of collecting taxes (public funds) will take full advantage of the micropayment technology available to us today.  Citizens will be required to contribute a flat percentage of their yearly income towards public projects. All public projections will be discussed on localized social media platforms for each jurisdiction of governmental affairs. Each town and muncipality will curate their own list of relevant and desired projects.

At the end of the year, citizens will have met their tax requirements by contributing to a mix of local, state, and federal level projects. This allows the people to ascertain a true democratic republic via note only the power of the vote, but the power of the purse.

Through the open-source nature of all software involved, all activity of the government could be handled much more precisely and effeciently. There is no longer a need for such a strict heirarchy in the federal, state, and local levels; and the three are allowed to achieve a true balance amongst themselves. It means that on a local level, taxes (public funds) needed to build new roads, fund schools, clean parks, can all be raised publicly and easily through publicly audited crowdsourcing technology.

Digital money allows for civic institutions to be open-source.

At it's most economic and cost-effective level, the open-sourcing of government would mean there is no longer a need for large intermediary agencies to conduct government. It mean that the infastucture of government would be publicly available and the tools of civic activity would be in the hands everyone equally, all would be ensured access to being able to contribute to the public consensus on an issue.

Centralized government bodies were needed because there was no way to organize public funds (taxes) to meet public interest (political policy) except by mandating it through law and statute. Decentralized economic systems mean that public funds can be instantly raised on behalf of their direct recepients. Whereas before the government must collect and centralize this funding in order to resdistrubute it to contractors, this is no longer neccesary or cost effective.

Decentralized crowdfunding means that contractors, being authorized via the public forum, may directly receive public funding from other users involved in specific circumstances of the contract. Say for instance, if a new bridge was being built, this would be authorized via the public forum and users would be held by law to use a portion of their income to help fund these projects. However they would be able to directly choose what they wanted to support or build, and all relevant data would be open for real time discussion.

This quite literally puts the power of governance directly into the hands of the people and allows them to direct their own affairs at a speed of effeciency before unthinkable. 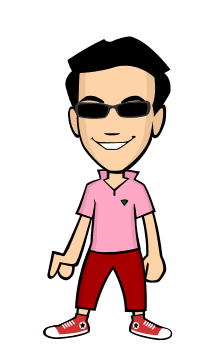