From a beginners point of view, what the heck is a Bitcoin? As some of us know, Bitcoin is a payment system and at the same time a digital currency. The idea is that goods and services can be bought without a third party broker. Imagine Bitcoin as a big ledger shared by users. The transactions are all recorded on that ledger and at the same time computers are competing to confirm the transactions by solving complex mathematical equations, and the winner is rewarded with more Bitcoins. This process is known as "mining".

Graph showing Total Bitcoins in Circulation as of May, 2015

Generating Bitcoins means a lot of computing power or some super computers to solve complicated mathematical problems. These equipments are getting more and more expensive. And with our current technology phase, these are quickly out-dated. Furthermore, these super computers needs a lot of electricity. With these facts, ordinary people won't be able to "generate" their own Bitcoins thru mining since the expenses out weighs the income.

The solution, Bitcoin pool mining! Any individual who wants to engage in mining Bitcoins is now possible. A bitcoin miner can now join a network of miners and they combine together their mining power to solve an ever increasing difficulty of solving math problems. These pool miners are rewarded equialent to the task they have contributed to the mining pool.

Now, another innovation has taken place, which is called bitcoin cloud mining. As defined by Wikipedia, Cloud Mining is the process of Bitcoin mining utilizing a remote datacenter with shared processing power often contracted through a Cloud Mining company. This type of mining allows users to mine Bitcoins without having to manage their own hardware. 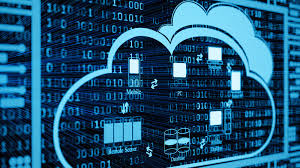 Cloud Miners or users of hosted mining equipment can either rent/lease a physical mining server or a Virtual private server and install mining software on the machine. Instead of leasing a dedicated server, some services offer hashing power hosted in data centers for sale denominated in Gigahash per second (GH/s); Miners/Users can select the desired amount of hashing power and the period for the contract or in some cases can trade their hashing power.

CEX.IO as the first cloud mining company started in October 2013, cloud mining service is now provided by such companies as Cloudhashing, PBmining, Genesis Mining, Cointerra and others.

What is my share in the glory of cloud mining?

I started my cloud mining a few days ago with scryptCC and HashOcean.

They have created Scrypt.CC to make mining scrypt based coins accessible to everyone without the huge cost of hardware, technicians and other cost before you can start mining. No rediculously high electricity bill at the end of the month. No worries with hardware problems, no babysitting or watching the machines 24/7. ScryptCC takes care of all of that for us!

This is a screenshot of my mining activities. My reward was delivered every 10 minutes. 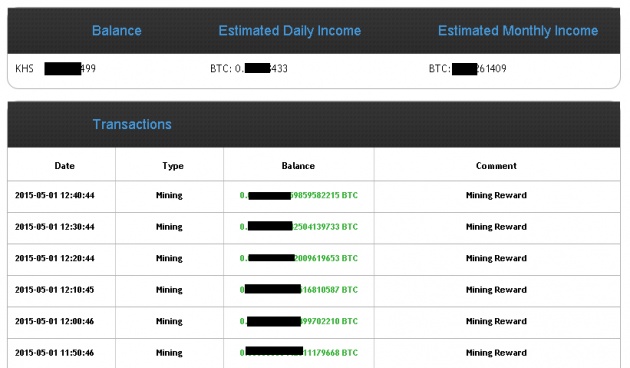 HashOcean boasts their five data-centres located in San Francisco (2), New York, Nuremberg, and Singapore. They also boast their high earning power. Return on investment within 5 months. 15 KH/s to every new user for free and forever.

If ever you want to get hold of more bitcoins, try cloud mining. It's fun. It's hassle-free. It's rewarding. :)