Disclaimer: ''I own Bitcoin. I have worked for Ripple. Once Ripple gets going, I'm sure unbiased users/experts will want to jump in and answer this question.'' This is not a full answer, as there are many differences and similarities between Bitcoin and Ripple, but hopefully this is useful:

◘ Both Bitcoin and Ripple are decentralized.

◘ Both are open-source protocols and not owned by anyone. (NOTE: The Ripple code has not been released yet.)

◘ Both use algorithms to ensure that their networks come to the same conclusions--so if one person authorizes Transaction A, the entire network comes to ag reement that Transaction A happened.

◘ HOWEVER both still require trust-based relationships to "cash out." To redeem Bitcoin/XRP for USD you need a "gateway" company to help. Someday people might not care about having access to USD, but for now it's an entry point for external regulation.

◘ Both allow for anonymous, free, p2p transactions across the internet.

• As a result, Ripple is faster than Bitcoin. It only takes a few seconds to finalize transactions. It's also more energy efficient.

• The Bitcoin network tracks the movement of Bitcoins. The Ripple network can track information of any kind.

• As a result, Ripple can track account balances of any existing currency.

• There is a set, gradually increasing number of Bitcoins (gradually moving towards 21 million). There is a fixed, finite number of XRP (100 billion).

• Bitcoins are awarded through mining. OpenCoin (the company that developed Ripple) will give away 75% of XRP though it has not yet given full details on how. It aims to distribute them as widely, fairly, and diversely as possible. (Yes. They are holding some XRP in order to make a profit just as early Bitcoin developers made a profit off acces to cheap BTC. They are idealistic people, but still working for money.)

• Ripple allows for automated scripts. This is a big one. For example, a script might say: if account A does not receive $100 by November 1, then the money it received will be automatically returned to the original accounts. Voila! You have created Kickstarter, but without needing a .COM to oversee things.

• Subjective, but I'd argue that Ripple "plays well with others" better than Bitcoin. Bitcoin has create a global cryptocurrency, a "digital gold" (which is great). Ripple can help businesses and individuals who don't think about gold or cryptocurrency (E.g. say a non-profit starts using Ripple as a way to facilitate cheap remittance payments to India--cool, people just saved billions of dollars in fees. Now, say a US Payment Service Provider starts using Ripple to facilitate micro-payments--nice, you can "tip" a website $0.01. Now, as a bonus, everyone who signs up for the Micro-Payment PSP can also send money to India. And these users do not even need to know about Ripple or be interested in decentralized currencies. They just know that payments got easier and cheaper. As this network grows, its features and advantages will also grow, and the competative pressure on "walled garden" financial systems could result in signifi

I'll add to this later, but I hope it's a good start.

For my money (ha), I think the transaction network part of Ripple is what is most exciting. It seems pretty basic—maintain a perfect decentralized ledger on the internet—but when you start thinking about it, it opens up some revolutionary possibilities that will help both Bitcoiners and normal-money users. Once the source is released and people start to use and understand the network, the Ripple/Bitcoin relationship will become clearer. 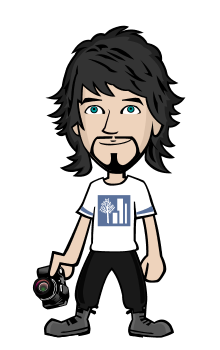