Bitcoin is a currency like no other. In short it's digital money that solves many of the problems our current currencies suffer from and introduces many other uncertainties we never had to deal with before.

Low inflation risk. One of the biggest problems with our current dollars and other currencies used around the world is inflation. Over time all currencies lose purchasing power at a rate of few percents per year mainly because governments keep printing more money. This process is basically a small tax on your accumulated wealth. With Bitcoin you don't have this problem because the system is designed to make Bitcoins to be finite. Only about 21 milion Bitcoins will ever be released (mined). The release of new Bitcoins is slowing down and it will stop completely within a few decades. We have a slowing population growth which is projected to stop at around 10 billion by approximately 2050 which roughly coincides with the last Bitcoin to be mined. There will be roughly 1 Bitcoins for every 500 people.
Low collapse risk. Regular currencies depend on governments which fail ocassionally. Such events either cause hyperinflation or a complete collapse of a currency, which can wipe out savings of a lifetime in day. Bitcoin is not regulated by any one government. It's a virtual global currency.
Safe, simple and cheap. The problem with traditional online transactions from the perspective of the seller is that Credit cards, PayPal you and other online payment systems allow buyers to claim their money back. You can can use escrow services but that makes things complicated and slow. With Bitcoins once you have the money you have it and that's that. Buyers can not in any way take the money back and the seller can safely ship the product or perform the service that the client purchased. From the buyer's perspective the infrustructure for payments and sending money between accounts is potentially going to be simpler and cheaper because it is peer-to-peer rather than done through some intermediary.
Easy to carry. Not a real problem that needs a solution, but you can carry a billion dollars worths of Bitcoins on a memory stick in your pocket. You can't do that with cash or even gold.
Untraceable. This is both a benefit and a risk for Bitcoin. The benefit is that you don't have to be afraid of any organization of being able to trace the source of your funds. This is a clear benefit in many areas of the world because governements that are supposed to guard against fraud are actually defrauding people by taking their savings partially or fully. Regarding risks I will discuss them in the next section.
Risks

Untraceable. This feature of Bitcoin of also attracts crime. People can buy and sell drugs and other illegal items with significantly less risk of being traced by authorities. Bitcoins in this regard are similar to regular cash which is used by criminals. This fact may bring unwanted attention from governments that will outlaw Bitcoin.
Easy to lose. If your credit card is stolen or somebody hacks into your bank account there is a good chance you will not lose any money as banks will fix your balance. Even cash can be potentially recovered if the police acts fast. But with Bitcoin if you lose it you lost it for good. There is no mechanism to recover stolen or lost Bitcoins. If somebody hacks into your wallet where you store your Bitcoins you lost them for good. The best way to store your Bitcoins is on disk that is disconnected from the internet.
Hard to trade. You can't just use a credit card to buy Bitcoins online specifically because of the reasons outlined above. There is no easy way to buy them or sell them. There are many exchanges that offer such services in various ways, but it's not as easy as transferring money to and from a PayPal account just yet. This is likely to improve fast as more services will compete to offer convenient solutions.
Still too new. Bitcoin is only a few years old. It's possible that a competing crypto currency becomes more successful than Bitcoin or that somebody somehow finds a major flaw in the system. We don't have decades of history yet.
Can't buy stuff. There aren't a lot of places where Bitcoins are accepted as payment. This is likely to change, but for now the average person will mostly buy Bitcoins as investment.
Too volatile. Currently Bitcoin prices are going up like crazy. It's likely that the price will stabilize at around US$10 from the current US$200. Currently the price is going up so fast a webshop would have to adjust their prices almost daily if they wanted to accept Bitcoins. It's not very convenient.
Inevitably the question arises whether one should get involved in this new phenomena. I don't recommend putting large sums of money into it as the bubble will inevitably burst in a matter of weeks but nobody knows when exactly. But I do think it's a good idea to get familiar with the system and perhaps buy just a small amount for the experience or to support the growth of the Bitcoin eco-system.

Update 1: It's crazy to read back my post almost a year later. I predicted that bitcoin's price will stabilize at around $10, yet it now trades at $600. I couldn't have been more wrong on the price. But essentially the price doesn't really matter for the Bitcoin project. It's the savings, utility and the paradigm shift it can bring that counts. 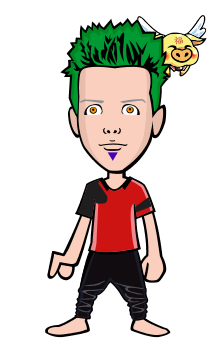