Bitlanders - A new way to be social 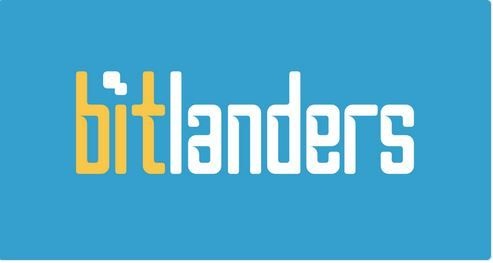 I was replying to the notice of film annex about the subscribers this early morning today August 4, 2014 using the site film annex then i rested.  After two hours i came back to reply to film annex emails then i cannot login anymore and a new site appears  "bitlanders". Though i cannot login the information about the buzz score, influence, blogs and movie making were there  and on the browser window is the bitlanders link with my name on it but no longer film annex.

I was worried what happened is there a virus or something ? what's happening ? If there was a changed why we members were not informed?  So what i did was send a twit to film annex about the matter and also search " What is this Bitlanders"?

A twit was sent to me by a certain Sweeney that says his wife had also a problem about login but lately was resolved.  I also had found that there was already a page of "bitlanders" on facebook , so i just "liked it " and post a  welcome comment.

Imagine a parallel universe that merges Bitcoin, Facebook, Twitter, YouTube, and WordPress into one content platform AND PAYS YOU based on your content, your data, your following and your sharing. Welcome to Bitlanders.com where a member gets paid for “content gaming” (defined as blogs, films, images, and sharing), and that content is measured for reach, influence, engagement, and quality. The payments made to contributors are in bitcoin, the global digital currency.

After my twits and research i came back to film annex which was already bookmark on my computer and the bitlanders web page again appeared, tried to login and magic , it went through.

Over all there was no changed on my pages. I check the blogs, microblogs, galleries, the buzz scores and the earnings.  So i welcome the new change i hope for the better. But what does it mean "bitlanders"  does this mean " bitcoin landers" Well just wait to hear from the film annex admin.