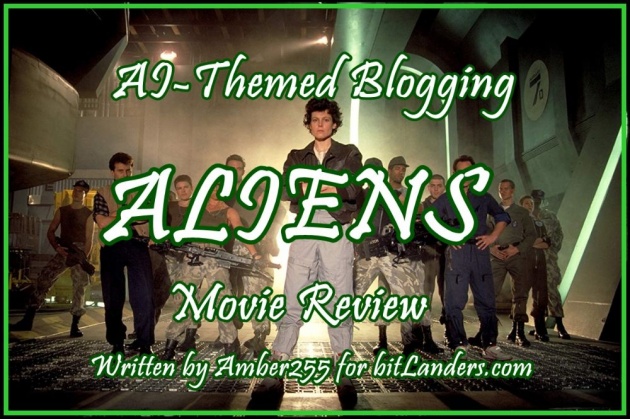 It is difficult to find a modern man who has not heard of a terrible alien monster called ALIEN. For the first time on the screen, this creature appeared in 1979 in the eponymous film by Ridley Scott. The film has a great success, and the release of the continuation was only a matter of time. True, the spectators had to wait for a sequel long seven years. This time the story of the terrible monsters of the cosmos was entrusted to James Cameron.

The new director has visibly changed the basic concept of the film. Now we have before us an atmospheric horror film, a fantasy, but no less high-quality action movie. And we still have synthetic android Bishop (Lance Henriksen) instead of Ash. So, artificial intelligence again is involved in ALIENS.

I watched all ALIEN franchise's films long ago, but to get into details again, I now rewatch film by film. The ALIEN franchise became my long night session - when I turn off the computer, it is left only a couple hours for sleep, so I am walking like an alien in the morning. But it worth not to sleep because of Sigourney Weaver's role performed so coolly and cold-blooded.

You know, James Cameron many times has overwritten the film history with his films, and his ALIENS is undoubtedly another example of great talent.

ALIENS has become a great example in many science fictions and horror thriller films.

Alien is a perfect organism. The perfect killing machine, whose physical superiority is combined with its phenomenal thirst for destruction. Officer Ripley and the crew of the Nostromo spacecraft once met with such a creature. Helene (Sigourney Weaver) was the only one who survived.

The capsule with Ripley was found by lifeguards after many years of wandering in space. She is informed that Planet L.V. 426 is colonized, and she will have to go back to where her nightmare began because communication with the colonists was broken.

And now, in the group of spacecraft team, Ripley is going to the cursed planet. But now not one alien is waiting for them, but thousands.  Who can survive this war: monsters that can only kill, or people who can think?

So begins the story of the new adventures of officer Ripley. But since Cameron stood at the helm of the film, now we have a dynamic but atmospheric thriller where a group of professional warriors will fight hordes of horrible monsters. 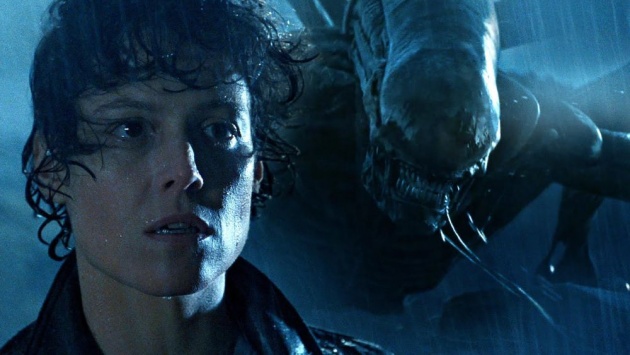 ALIENS film from the first scenes looked like quite blunt, but unexpectedly grabs the viewer by his feet and drag in its secrets on a poorly known planet. A well-kept tension, a plot that does not just end with a nuclear explosion, makes the actor and the movie heroes sweat much more.

Do not think that in the film, as well as in many modern blockbusters, everything is tied only to special effects, and the plot is mediocre and uninteresting; in this case, it is not. Of course, special effects play a big role, but the main interest is the story itself. The plot of the film has turned out very high quality, and thanks to it, the viewer cannot tear himself away from the screen throughout the entire film.

James Cameron once again directed a quality product, changed and diversified the genre in the second part of the franchise, making the plot much more dynamic and a bit like his previous, well-known cyborg movie from the future. In fact, the second part was a fantastic adventure thriller with a hint of thriller and horror. Of course, because of this, the atmosphere of the film has changed a lot, but it did not become worse. 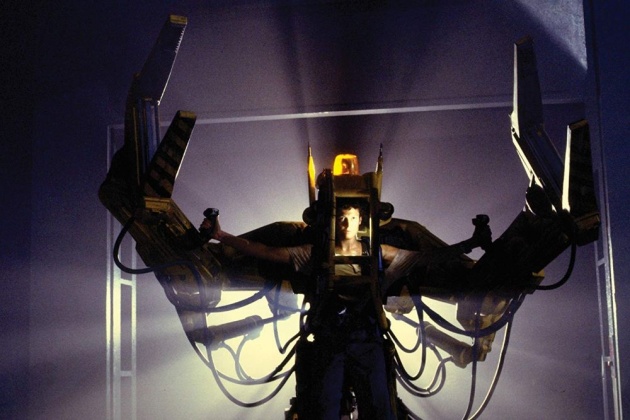 The evolution of androids began with ALIENS. There are a lot of robots - space guards, and we got charming Bishop instead of Ash. Ripley did not trust Ash, but Bishop not once helped her in hard situations.

The spectator understands where he is, he is given the right to think about building his own path of retreat, or you can mentally direct the heroes wherever they like, thinking not only by the instincts of self-preservation but also by the important human quality - compassion.

Action - in the second half of the film, there is a lot of shooting, explosions, and alien creatures torn to pieces. In battle, improvisation manifests itself - the brave Helen Ripley connects a pulse rifle and a flamethrower, arranges a real slaughter of dozens of aliens. Impressive view! 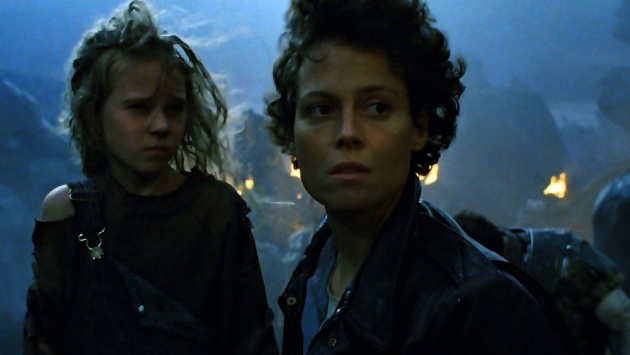 The personages are well-designed, and their characters are immediately evident.

Ripley : [to Burke in an accusatory tone]  You never said anything about an android being on board! Why not?

Burke : Pff, it never... never occurred to me. It's just common practice. We always have a synthetic on board.

Bishop : I prefer the term "Artificial Person" myself.

We see a big tragedy of a little human, two and a half hours long. Under the guise of the Alien lies the universal misfortune of humanity - fear. Under the guise of Ripley - self-preservation instinct. The spacemen, thrown into a bloody labyrinth, are the same as the annual sacrifices to a ferocious minotaur. 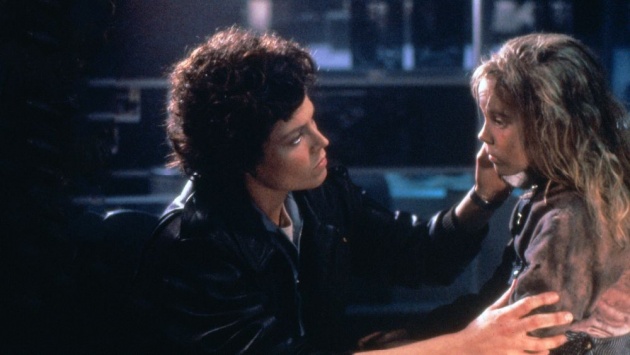 Silently following the girl in ventilation shafts, as if Ariadne's thread, Ripley consciously sublimates fear into rage, turning the struggle for survival into a vendetta. Persecuted not by the Stockholm syndrome, but by a thirst for revenge, the flight officer transforms from the victim of the Alien to the Alien hunter.

Two and a half hours are immersed in the events of intelligent cinema, where there are different characters, people with their own principles, living personalities that you empathize with and whose motives you want to understand. Far from family tape, the film still shows real motherly feelings, steel characters, and traitors.

Even after hundreds of years, the relevance of stuffing your own wallet with cash will be a priority for certain individuals, and no matter how many people have to suffer, one interstellar ship with a numbering crew of 10 people or a planet with many thousands of inhabitants. 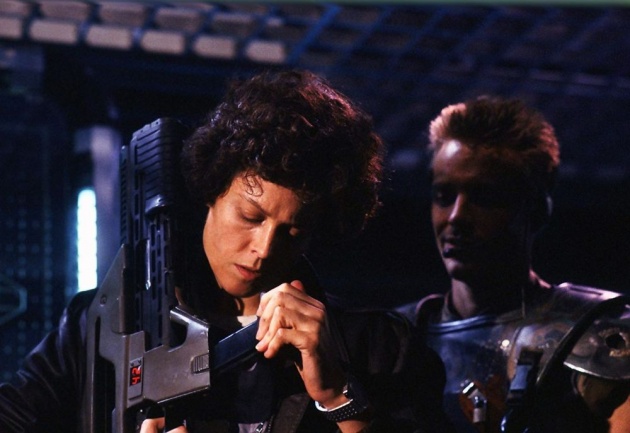 You admire the heroism and nobility of each participant in the events; you believe in the struggle for life, and the desire of one person, Helene Ripley, to keep the small and innocent life of a child, causes pride in such people.

It is interesting to look at how the film team lives, what it does, what they talk about, and how they communicate with each other, according to which relationship scheme. You see the chemistry between the characters as they have a soul and life. Even an android can be more humane than many people.

I invite you to check Querlo chat about artificial intelligence:

Everybody is colorful, new, and interesting. The fight of the gallant team with the alien fauna, the human qualities they manifest: bravery, loyalty, recklessness, self-sacrifice, ingenuity, cowardice, betrayal, and love hit exactly the point.

The basis of humor keeps on Hudson performed by the inimitable Bill Paxton. The character came out funny, slightly disobedient, and inadvertently annoying the commander, which causes an even greater smile of emotion. In general, on emotions, Bill Paxton is almost the most active and diverse of all represented actors. Hudson laughs, gets scared, does not know how to act; his face shows despair or sadness. It is a pity that the spark of Bill Paxton was extinguished, but thanks to his, though not always central, roles with his masterful incarnation, he will live forever. 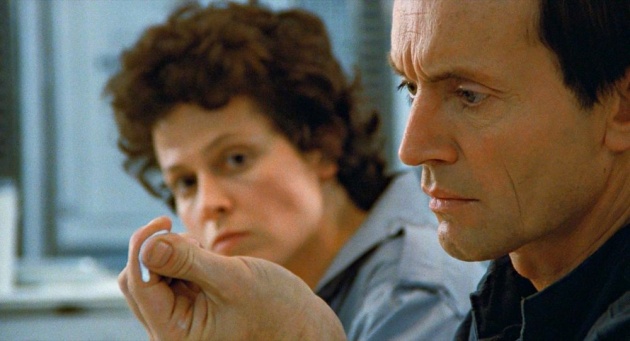 And of course, I want to say a few words about the acting. The cast is at the height. The main character, Sigourney Weaver, who played officer Ripley and little girl Newt performed by Carrie Henn, stand out against the background.

Of course, Sigourney Weaver played at a decent level; played probably even better than in the first part; well, personally, I thought so. Michael Biehn - I think, the role in this film was one of the best for him. Of course, this is not the role in the legendary Terminator, but here he played a fearless, courageous, and determined guy who saved Ripley from trouble many times.

But other actors coped well with their roles also. I would also note that Lance Henriksen was very successful in the role of Bishop’s robot. By the way, Lance, as well as Michael, appeared in the Terminator, but still, I think that the role of Bishop became the best for him in his career; well, for me it’s definitely the best. 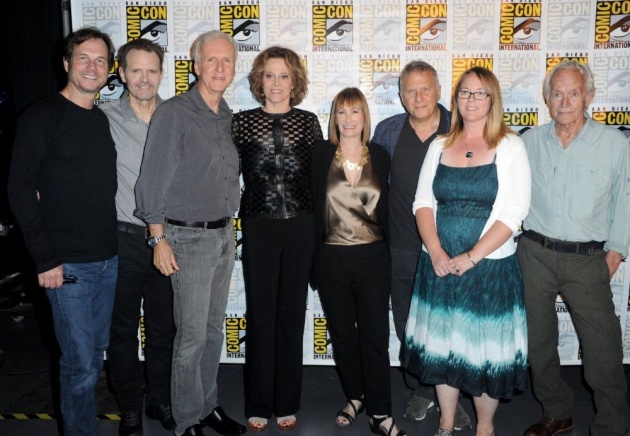 The passion of the director to science and technology, an interest in advanced developments, made it possible to create a movie that even after almost 30 years, looks quite modern and relevant.

ALIENS became different; maybe not as mysterious and gloomy as the first part, but still engaging, exciting, intriguing, and equally dangerous, which is emphasized more vividly by a more pronounced and memorable soundtrack, masterful work of the editor, decorators and make-up artists.

Of course, in such films, it is not enough just to have a good plot; special effects play a great role, giving the film a spectacular view. In this picture, special effects look great even after years, today, and Oscar, received for them is an excellent confirmation of this.

ALIENS is a triumph of sham technology in cinema because all these mega-effects were not done on a computer (as it is now very often), but in traditional ways through animatronics, scenery, miniature models and screen projections.

Throughout the film, a great atmosphere is created in it, forcing the viewer to stop breathing to watch what is happening. A great role in this process is played by great music. It perfectly emphasizes and complements what is happening on the screen. It so happened that James Horner wrote music that made emotions go against our will. The soundtrack made the story even more memorable: fabulous and mystical mystery creates an amazing symbiosis of unusually disturbing ambient

Adrian Biddle was a wonderful cameraman. Each project where he took part created an aura of individuality around himself. 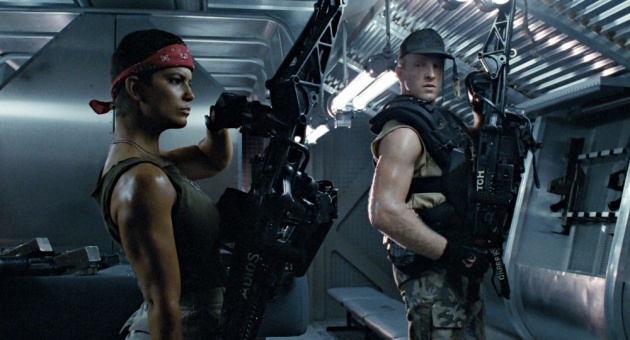 Perhaps the only drawback of this film is that Cameron carefully looked at the details to create a convincing impression of the future. Nevertheless, ALIENS is one of the best action films of all time. The atmosphere here is almost as perfect as in the first film - the feeling of imminent danger, that does not leave for a minute, unfolds like a post-traumatic stress syndrome after Ripley's nightmare. A rare filmmaker manages to capture both impressive and memorable scenes into a single movie, but Cameron is not an ordinary director.

And ALIENS is undoubtedly one of the pearls of the genre worth seeing and feeling the film pulsating in the spirit of the nineties, changing the way the film evolves forever. 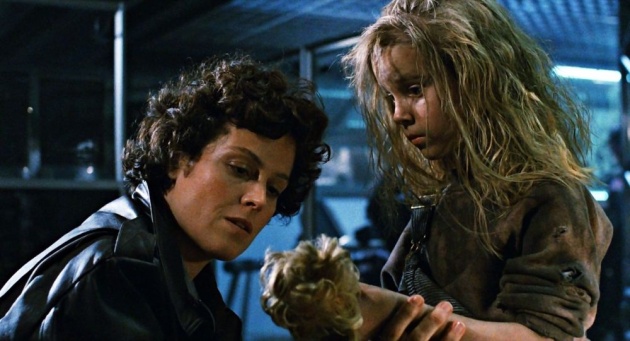 Scene to scene, encounter to encounter, its tension builds unrelentingly. So, fasten your seat belts. It`s a blast.

James Cameron managed not only not to spoil the sequel, but also made a lot of new things in a great universe created by Ridley Scott and most importantly, these innovations gave the film only benefit.