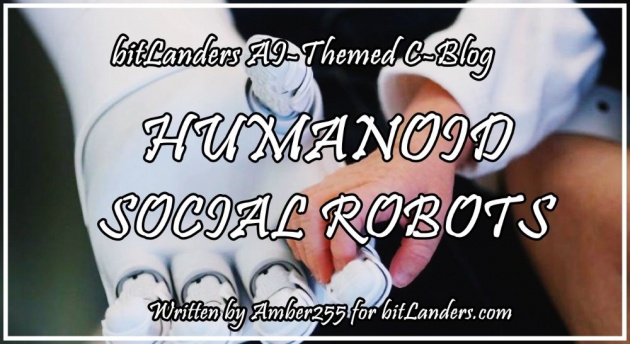 Automation, robotics, Artificial Intelligence, machine science and so on. These are the words we hear more and more often over time. It is obvious that the world is changing and the future will probably look different after 15-20 years - we will wake up, and the robot will have prepared breakfast for us and will read the main news headlines, including daily weather forecasts. We will go to the garage and sit in a car that drives itself, and we will sit relaxed and go to work. But is it such a distant future? I am happy to say that this is becoming a reality for us.

Today, no one is surprised by robots standing at industrial conveyors, replacing and relieving people in warehouses, but robots in the service sphere are still new because workplace automation when communicating with people, is quite complicated.

And not only service robots facilitate our life. Now we have social robots. The humanoids, who can recognize human feelings, speak, respond, and provide some information. Here, the real interaction between man and machine begins.

One thing is to get a programmed response, the other is to communicate with the robot when you see that it reacts to your actions, emotions.

So if, when you come to any company in the service sphere, a robot starts talking: You're sad today, can I hug you? Would we react quite differently? It's not a sale or a service. It is the creation of emotions and a strong connection with the consumer, no matter if we get it with the machine's help.

But how should a perfect robot assistant look like? Anyone who would care for our children, who would help us to clean home or just play chess with us? How much a robot should be like a person?

Some believe that the robot should be socially educated, the one whose sole purpose is to serve man. At present, most robots that can serve at home are those that can help seniors, disabled people, children with autism, and people with other illnesses. Most often they are created especially for the environment - hospital or nursing home.

Although artificial intelligence professionals are still using the Turing test, it is still not possible to determine how much robot similar to a person is. I wrote C-blog about human-like robots, but today my Querlo chat is about humanoid social robots. Robots that are not so much similar to all us, humans, but robots that still can interact and recognize our emotions.

There are two qualities that all robotics professionals agree - a social robot helper must have social intelligence and be able to communicate with people by recognizing their emotions.

So, welcome to chat with me on Querlo Chat and get familiar with:

In general, social robots are mechanical works designed to communicate with people.

The most noticeable feature of the robot and human communication is, of course, the emotion realized by the creators of innovative devices in a variety of ways - sometimes more human and intellectual, and sometimes more animated and emotional.

Artificial intelligence and robots are still far from being able to perform many functions or think by themselves. It is, therefore, time to imagine them as helpers, not possible enemies who would one day turn against humanity. There is no need to divide robots into bad and good. Why can't we imagine them as useful? Those that will help us in our daily lives?

I often think how would look our society with robots? Would they be THEY (robots) and WE (people)? Would we still live in unity?  I still can't find the right answer. I don't think they would be THEY and WE. I think the interaction will be more symbiotic. We will need robots to make life easier, and robots. They will evolve, but not a natural evolution, but directly depend on people and systems they create.

It is no secret that children and elderly people require more care and attention, and although robots cannot replace the real care that is necessary for children and the elderly people want, it is likely that a mechanical friend would become at least a temporary assistants to help them spend their time in a more beautiful, fun and, of course, safer way.

We can state that social robots are machines that can cause empathy and affection. Machines whose purpose is to brighten human loneliness.

bitLanders decision to start AI-themed blogging gives us the opportunity to participate in this interesting venture: