bitLanders will once again be a proud supporter of the New York Open Judo Team Championship on Sunday, March 20, 2016. The New York Athletic Club will host the event. 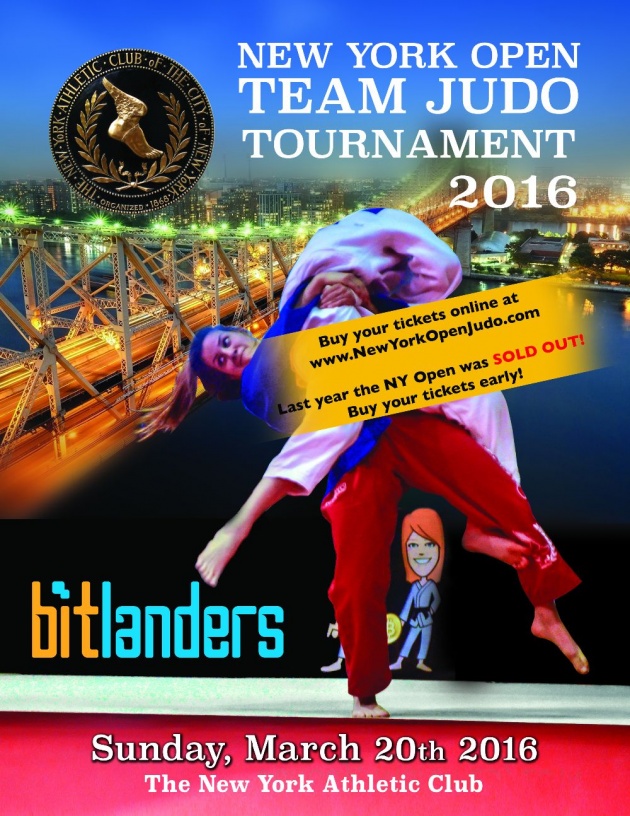 This Sunday Slam will feature teams from France, Germany, Israel, Georgia, and USA with both men and women competitors. NYAC’s Kayla Harrison, the first and only American to win an Olympic Gold Medal, and NYAC’s Marti Malloy, 2012 Olympic Bronze Medalist, will be part of the Women's USA Team.

Kayla Harrison said, "The NYAC is a special place for judo, and I look forward to returning for the 2016 New York Open. As we gear up for Rio, the NYAC event gives us a chance tobe close to the fans and show them where we are in our preparation for the Olympics."

You can get your tickets now at www.newyorkopenjudo.com. Last year the NY Open was SOLD OUT! General Admission is $25 online, $30 at the door; VIP tickets are $70 online, $100 at the door.

See below the USA Team lineup:

bitLanders is a gamified platform where brands connect with brand ambassadors and social good initiatives. Users on bitLanders are rewarded for creating and sharing content, and fulfilling tasks. Designed in Italy and developed in New York City, bitLanders is a community of over 600,000 users and influencers with 180 million fans and friends.

bitLanders was launched in 2014 by MTI USA Inc., the original holding company started in 1995 by Francesco and Tommaso Rulli who immigrated to the United States in the early 1990's. While the original fabric, design and fashion business still operates on 20th Street in New York City, MTI USA, Inc. has evolved into a series of companies at the cutting edge of technology, Bitcoin, philanthropy, fashion, insurance and real estate.

Founded in 1868, the New York Athletic Club is among the world's foremost athletic clubs, boasting a unique history. The Club's founding premise was to bring structure to a sporting environment that was lacking in organization and uniformity of measurement. Quickly, the NYAC organized the first US championships in boxing, swimming, wrestling and track & field. Today, the NYAC stands in tribute to an unmatched athletic history and an ongoing commitment to the pursuit of sporting excellence, while also providing unmatched social opportunities to its members.