If there's one job which I envy most, that would be Drew Arellano's job as a host in the travel show, Biyahe ni Drew of GMA Network TV in the Philippines. And why I envy him? Well because he can travel and eat for free while getting paid! Who wouldn't like that kind of job?

Biyahe is a Tagalog term which simply mean travel. And travel means a journey, typically a journey to a new place to explore a foreign or uncommon place. In Drew's job, it involves a lot of travelling and documentation on what can be done on certain place, 90% of the places featured are of course from our country, Philippines. He had already gone to different countries as well for certain special episodes.

Of the hundreds of daily shows in GMA 7 channel here in the Philippines, I have not followed a certain show but Biyahe ni Drew. So far, it is the only show int he Philippines which features places, travel and traveling tips as well as ideas as far as I know. So let's take a look on the history of this certain show and let's also deal with who Drew Arellano is.

Drew during the Tri United 2 held at Playa Laiya, image from socialpronline.wordpress.com 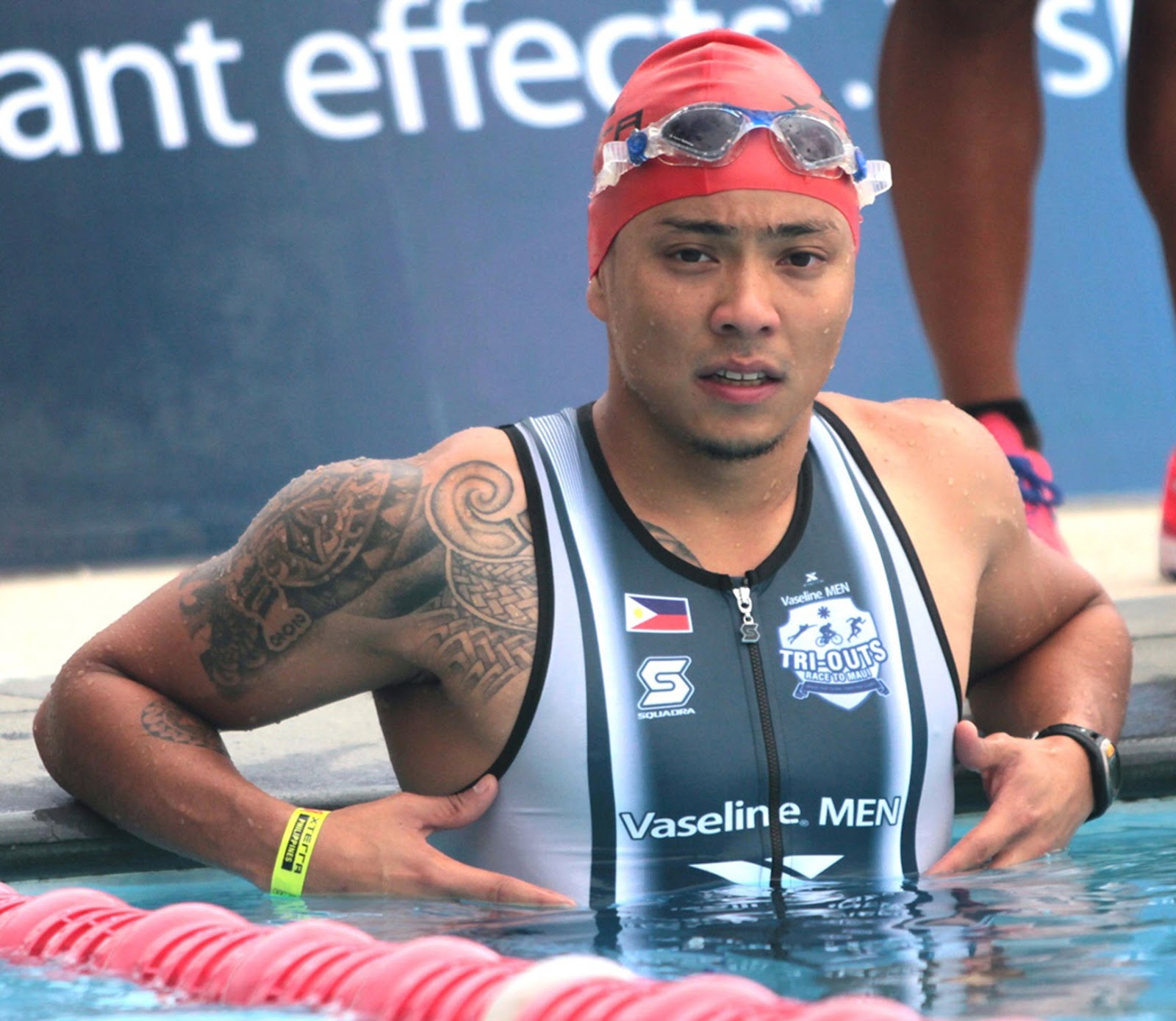 Drew James Estrella Arellano is a Filipino-American actor and host, a triathlete and a businessman. He started as an actor for an afternoon teenage show then moved to the hosting part. He got married to a beautiful woman of whom he had been in a ten year relationship before getting married last 2014. Note that this couple is my most favorite showbiz couple so far just because they didn't have any issues about them while being together and working from different TV networks. They are just cute when you follow their personal social networking accounts such as instagram which they manage themselves. I am a follower of both and I get to see how sweet Drew is when supporting his wife in every show and every performances. Drew has been very vocal on how he loves Iya.

Here are some of their photos together:

And because of the last image, I am sharing here their prenup and wedding videos too. This first one is during their prenuptial.

So going back, because of being a triathlete, he is best fit for this job plus he is just so witty and funny when hosting that you'll look forward to each and every episodes in this show. I don't have a Television at home but I follow his shows through Youtube videos posted by the said network. The show is aired every Friday 8:00pm.

The show's first episode was on February 1, 2013. It doesn't only showcase the beauty of the Philippines in each travel and adventure episode but it also features the hospitality of the Filipinos as well as the specific estimated budgets to give the viewers and idea as to how much would it cost them to travel into this certain town or province. It is also commendable that the host is jolly and enthusiastic in hosting the show plus he does the specific adventure himself. He swims, snorkels, scuba dives, climb, jump, rappel, zip-line, hikes and most specially eats. Because in every travel adventure, food comes along with it. And so Drew does the mouth watering tasting of each inviting dishes and sweets offered in the table. And yes he makes honest remarks about those specific food.

Here are just some of his many food trips:

Biyahe ni Drew in Korea. In the photo above, drew is trying out the Korean version of rice bowl which Koreans referred to as Bibimbap and other traditional Korean dishes.

And here's a photo where drew enjoyed seafood from Camiguin, Philippines - the island which is referred to as the island of Fire.

Here's a local of Kalinga in the Philippines who explained Kalinga cuisine to Drew.

Chilokchok, or native onions and green chilies topped with sesame seeds, is an appetizer that pairs well with the milder flavors of grilled chicken, boiled kamote, and unoy, a kind of fiber-rich red rice grown in Kalinga. One thing Kalinga specialty is inihaw na baboy ramo. Wild pigs are a staple in Kalinga cuisine and have a gamey flavor you won’t taste in commercially bred pigs

Drew is also a Tattoo enthusiast which explains the number of tattoos he has in his body. One of the special tattoos he has been proud of is the ones in his fingers.

Inked by the last and only living traditional tattoo artist (mambabatok) of Kalinga, Apo Whang Od from the Butbut tribe of Buscalan.

The Biyahe ni Drew team conquered Mt. Kinabalu,the 4095-meter-tall mountain located 90 kilometers from the city of Kota Kinabalu in Sabah, Malaysia. One of their out of the country adventures.

Drew Cliff dived in Siargao, Philippines. He is showing off his nicely inked body tattoo in here.

Here's Drew and the crew having fun at Catanduanes, a town 366.29 kilometers away from Manila.

Here's another wacky pose for the entire Biyahe ni Drew crew at the northern tip of the Philippines, Batanes

My top five favorite episodes of the show:

First, this is my favorite because it features my home province, Bohol.

Second favorite is the episode where they featured the Banaue Rice Terraces and where Drew had his Tattoo.

Third, this is because Drew was able to travel and work with his wife, Iya for their Valentine Special episode.

Fourth is the episode where he just had experienced the majestic 7 Waterfalls in Lake Sebu.

Fifth and my most favorite is the episode where he specified traveling to El Nido in a budget, that's when my husband and I got the idea of where to go and where to stay to get a wallet friendly, budget travel.

The show is famous with the hastag meme #youlovemyjob and I do love his love literally. You can catch the episodes online through these two websites: