Cutting down trees in rainforests facilitates the spread of invasive black rats, a study suggests.

The rodents normally avoid mature forests with large trees as they provide little in the way of cover.

But researchers, writing in Biotropica, say that logging makes rainforests more attractive for rats as fallen wood contains more insects which they eat.

Scientists are concerned that the invading black rats will be bad news for native mammals.

Sometimes called the ship rat, these rodents have spread around the world over the past 400 years, often causing the extinctions of native species and spreading disease.

Noisy trails
Much of their notoriety rests on the idea that black rats were the origin of bubonic plague, although recent research casts doubt on that notion.

Black rats have usually avoided older forests as they contain large trees which do not provide much in the way of ground level protection. They also tend to have leafy forest floors which are noisy for rats to run through, as they attract predators.

Image copyrightOliver WearnImage captionOne of the rats in the study with a spool of thread attached to its back, which was used to track its movements.
This new study examined the idea that logging of trees in rainforests might facilitate the spread of the rodents.

The researchers looked at the island of Borneo where large tracts of the natural forest have been degraded.

It had been believed that black rats were confined to urban areas in Borneo. To test the idea that they might spread into deforested regions, the scientists trapped rats from four different species - they then attached small spools of cotton thread to their backs and and tracked their movements.

Across the animals in the study, the researchers found that the black rats had the strongest preference for the type of disturbed habitat associated with logging.

The increased amount of fallen wood boosted the amount of insects which the rats eat. The logged forests also have more undergrowth which provides better cover. The researchers believe that black rats favour these small changes far more than related species.

"This could be bad news for native mammals who might not be able to compete with black rats for food and resources. It's also bad for the forest, as many small mammals are important seed dispersers, helping rainforest plants to grow, and they are also prey for larger animals."

The researchers say that the widespread destruction of forests throughout the tropics may well be multiplying the threat from invasive species like black rats. They believe the presence of these rats could pose a significant threat to nesting birds and other small mammals.

The scientists say that the way that logging is done can have a big impact on the suitability of the land for the black rats.

The more dead wood that is left behind the better the black rats like it. If felled trees were more accurately cleared as well as the vines that connect the trees, the rat's progress might be curbed. 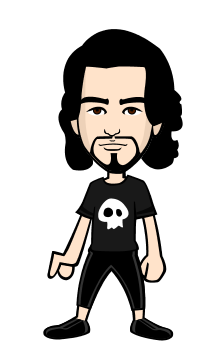