The picture above was taken just outside my friend's house in Sadanga.  This is the scenery that stares you in the face and takes your breath away.  I can imagine when these grains will turn to gold, ready for harvest.

Although Sadanga is said to be a fifth class municipality, it's mountain ranges, fields of verdant and freshness, and forest makes it a unique place. 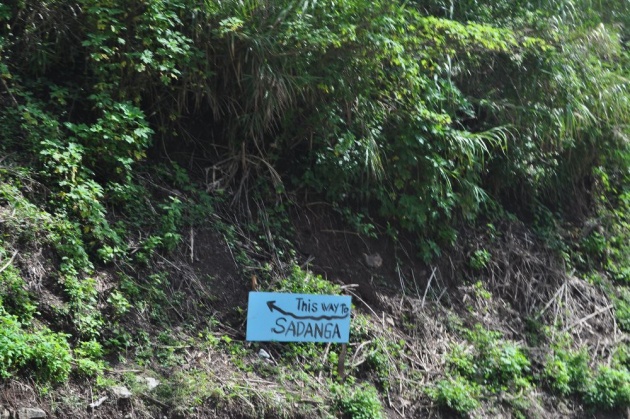 Because of its mountainous terrain, the road to Sadanga is just enough for two-way traffic.  There are some parts though where it is still one way.  The road is not fully rehabilitated yet.  When we went, it was already dark and raining at that time.  The rain caused rocks to fall from the mountains.  These rocks are hard and sharp enough to puncture tires.  At least three cars have to change tires on the road that night that we traveled to Sadanga, one of them was the jeepney we were in.  We passed by two more along the way. 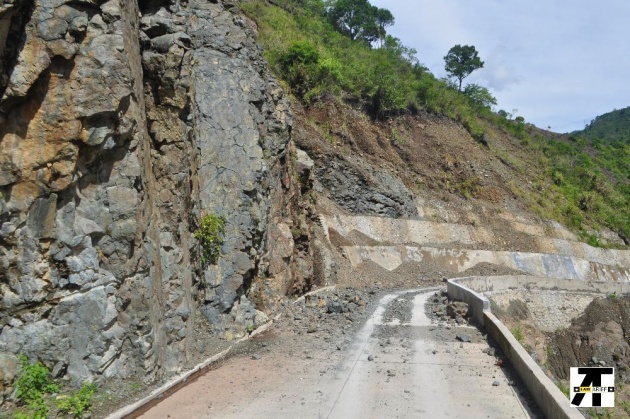 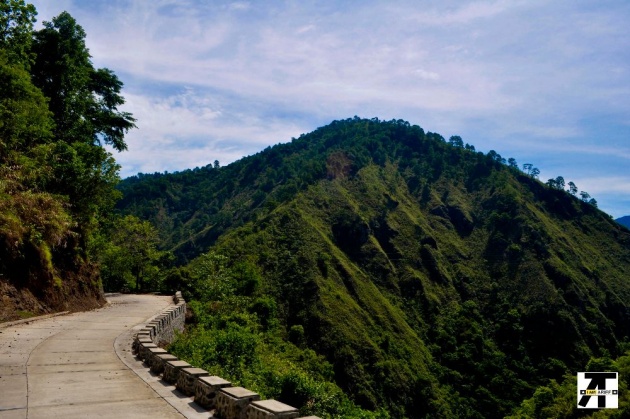 The pictures above were taken the day we traveled from Sadanga to Bontoc.  As you notice, the roads were built at the edge of the mountains and carved out of the rocks.  The road gets narrower as you reach the town proper of Sadanga. 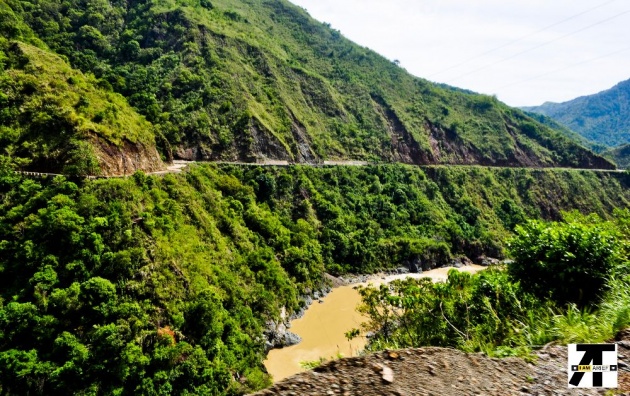 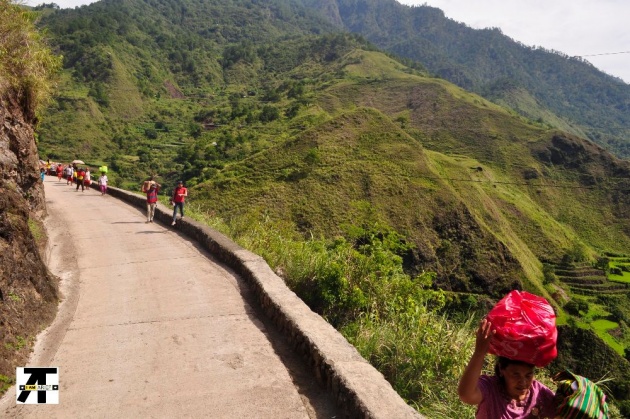 One has to be very careful when driving there because two cars won't fit.  Vehicles have to give way when they meet.  One must find a way wide enough to let the other pass by.

This is how it was when we were going to Sadanga.

This video below was taken on top the jeepney we rode going to Bontoc from Sadanga.

Sadanga is a landlocked area.  To the north of Sadanga is Kalinga, south of it is Bontoc, east is Barlig and Abra to the west.  On your way to Sadanga, you get to pass by Chico River. 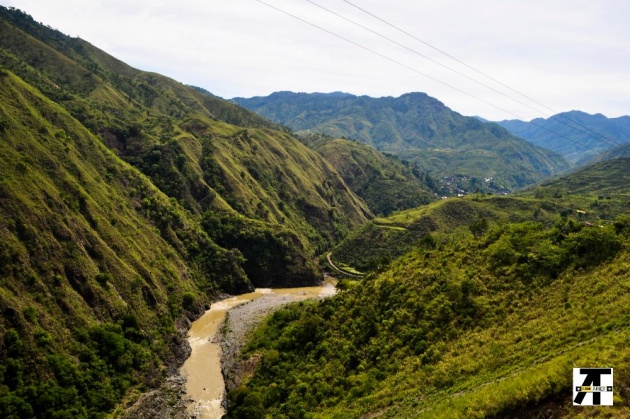 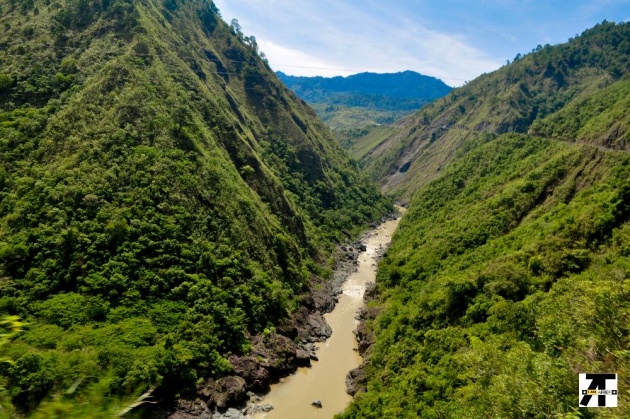 Chico River is also known as Rio Chico de Cagayan.  This river flows from the mountains of the Cordilleras down to the valleys of Cagayan in Luzon.  It is one of the longest river systems of Luzon.  This also flows to Kalinga.  It is now one of the tourist destinations in the Cordilleras famous for its white water rafting.

Kadangyan is the name they give to the a class of people belonging in the well-to-do people.  It literally means "rich man."  You are considered wealthy if you possess rows of rice fields, numerous rice granaries, bountiful supply of basi (sugar cane wine), herds of cattle, lots of pig, to name a few. 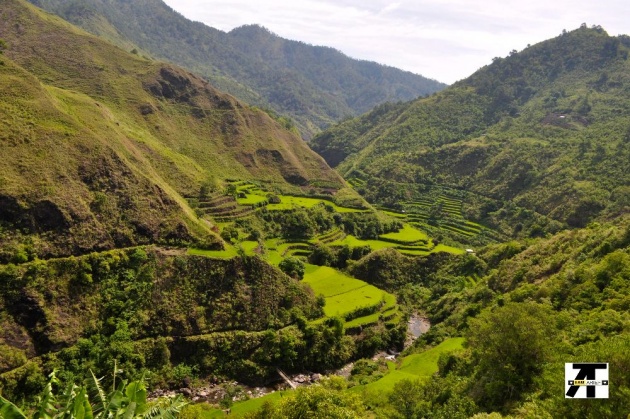 The purpose of our visit to Sadanga is to attend a dear friend's wedding.  Wedding in Sadanga is big.  This particular wedding we attended to, relatives, friends, and invites came from far and near. 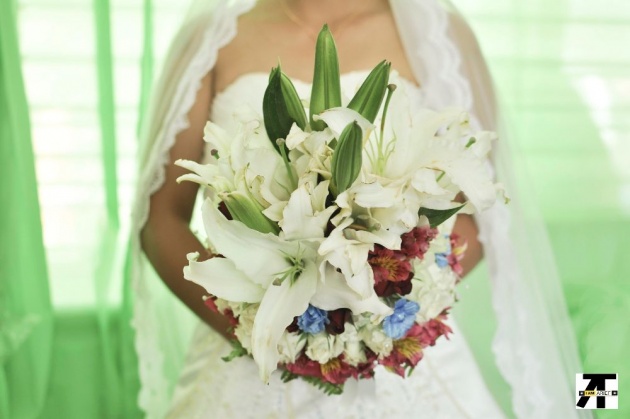 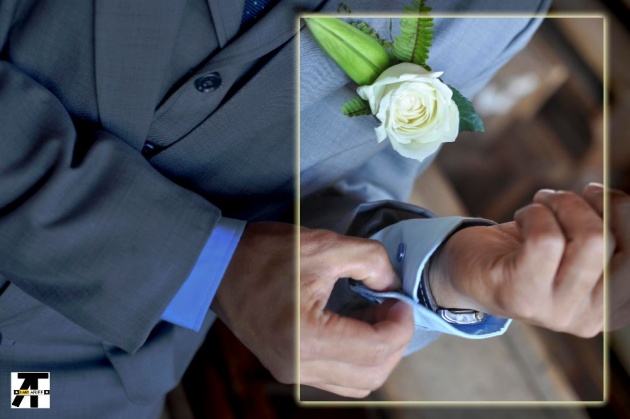 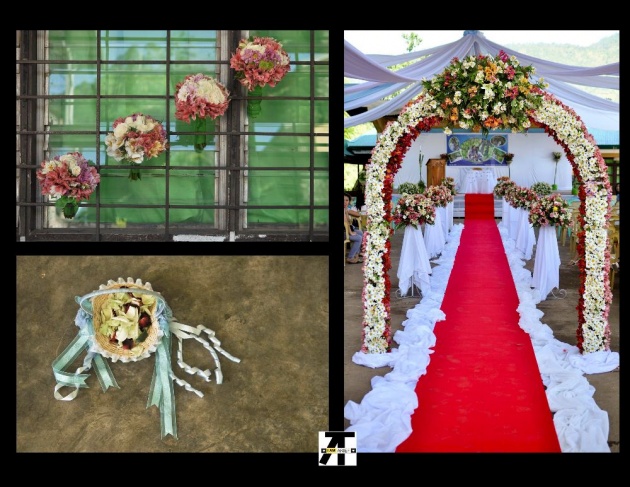 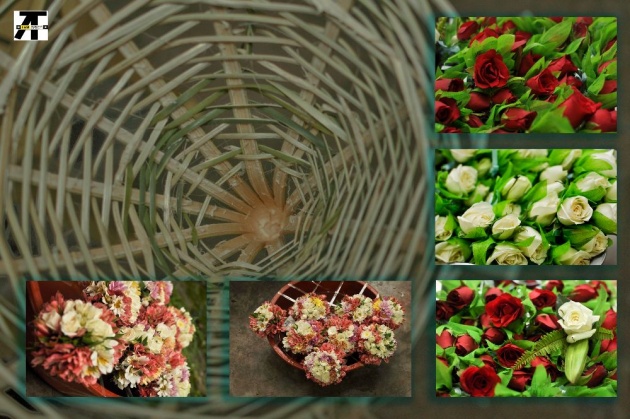 The gongs used during and after the wedding are picture below.  Notice the handles of these gongs. 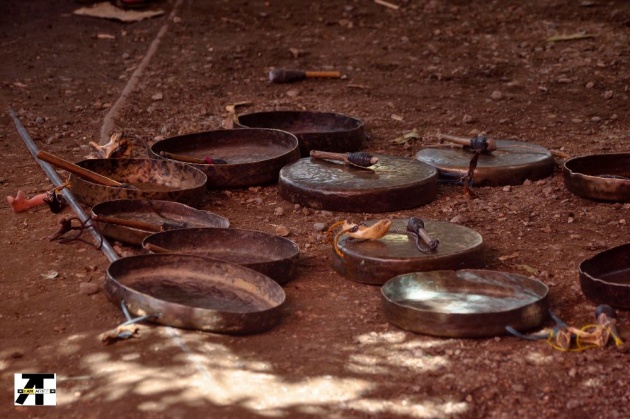 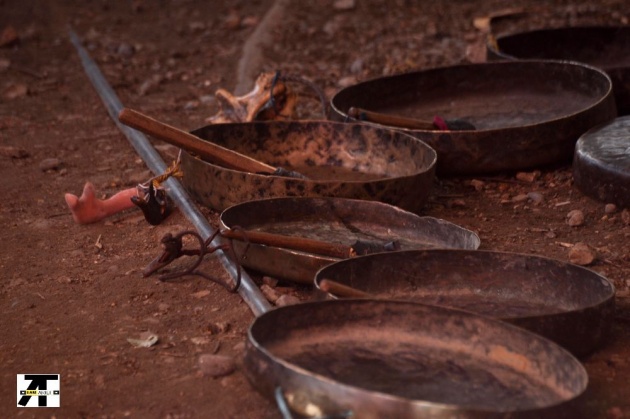 The handles of these gongs are made of wood or bones of human jaw.  These bones were "trophies" from invaders during World War II and also bones from other tribes.  Sadanga is one of the few towns that engages in tribal war then here in the parts of the Mountain Provinces.  Tribal conflicts from neighboring towns such as Bontoc and Kalinga often resulted in shedding of blood.  Thus, the human jaw bones were considered token or souvenir of victory.

That is the only reminder now that there were tribal wars then.  Tribal war is a thing of the past now. 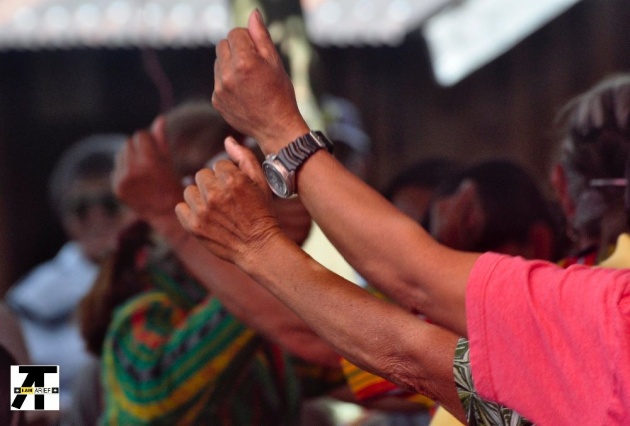 Pattong, tayaw, takik, lambak, etc. - it only means one thing:  fun and enjoyment, especially in merriment such as a wedding.  This is a cultural dance preserved and passed on from generation to generation.  Anyone can participate in the dance - young and old - as long as you know how to beat the gongs and you know how to dance.  The men beat the gongs and the ladies dance along. 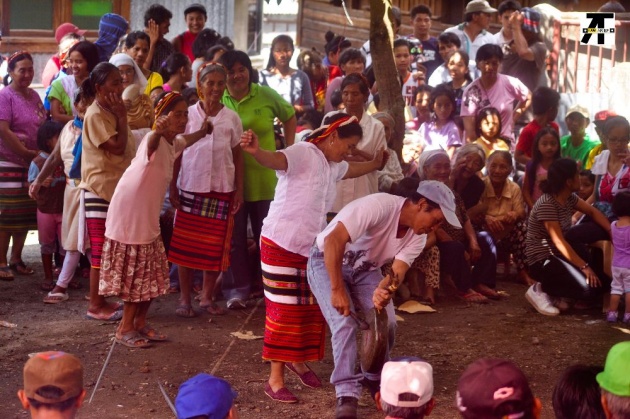 Even though I am from the Cordilleras, born and raised, never have I learned the dance.  As kids, we were only allowed to watch, although no one told us but it was implied.  One thing more is that it was considered to be pagan practice and we grew up in a Christian home.  So I grew up thinking dancing is not for us.

In events such as these, guests are to dance the ethnic dance.  Guests including us were taught the basics of the dance.  Thus, it was my first time to play the gong with the handle of a human jaw bone.  You never will experience the real meaning of one thing until you get to experience it and so we dance - beating our gongs and dancing in time with the beat.

During our few stay in Sadanga, aside from the relaxing sight of green, fertile freshness, I was drawn in to the sounds of the crickets.  This is very apparent the whole day.  It was a pleasant incessant music that rides with the blowing of the wind.  The crickets play their songs, magnified when the wind blows, carrying the orchestra with it.

The video below did not do justice to the sound of crickets but this is the closest I can come up with.

"Sadanga daybreak" as what the mayor said during our stay there was amazing.  We woke up to beautiful sunrise with interesting cloud formations.  It was a reddish sunrise.  You know what they say about red sunrise, it promises rain later on in the day.  It did rain in Sadanga during the afternoons - lots of it. 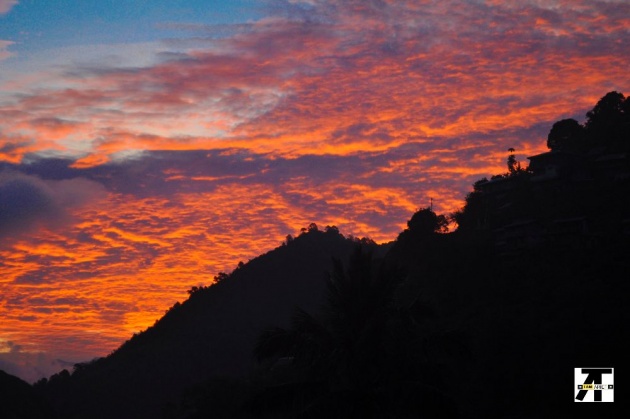 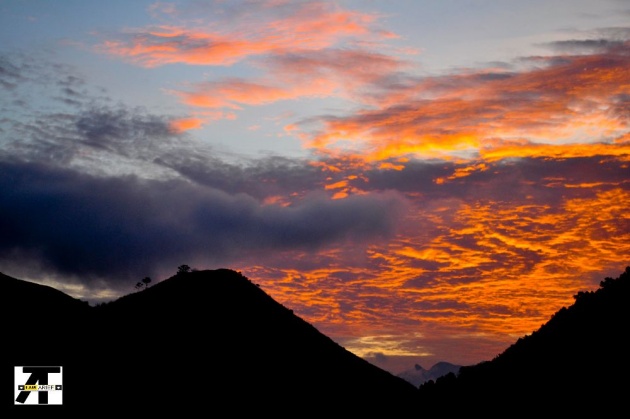 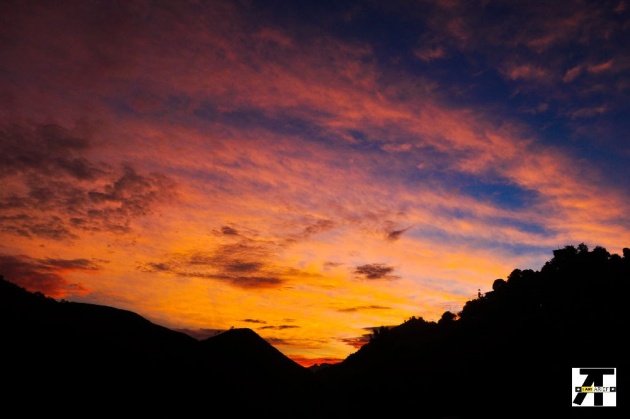 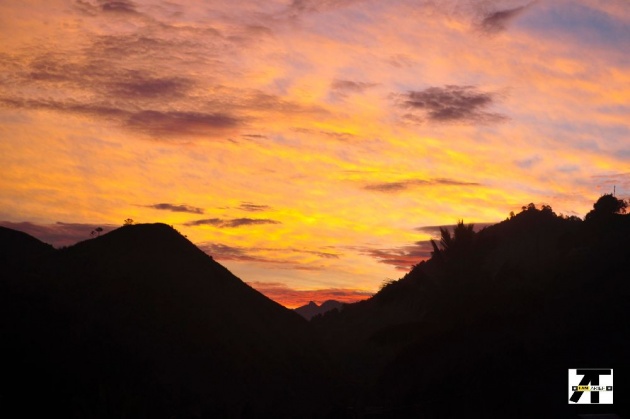 It rained in the afternoons during our visit in Sadanga.  The house of our friend is situated high enough on the mountain side that we can see a view of the fog rolling in. Sometimes there are just things in life that does not necessarily have to be frozen in pictures but only needs the eyes and other senses to behold and enjoy what's going on around you.  The passing of the fog and mist over the mountains is one of those times.  There is something very mystic and mythical about how that goes.  There is something very peaceful and calming effect as it ushers in the night. 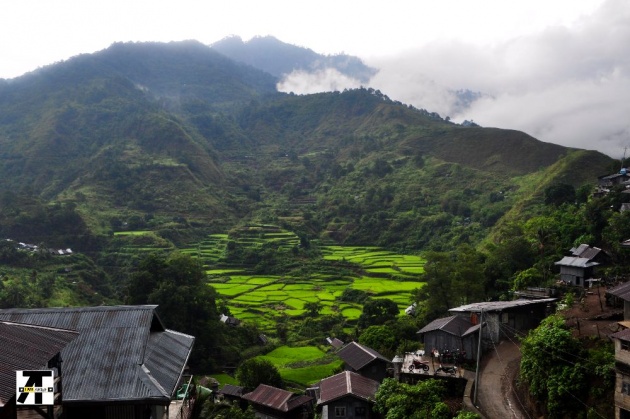 The people of Sadanga are a close-knit community.  Everyone knows each other and they look after each other.  As an outsider, I have never felt so welcome.