Blog about Bitlanders Survey Chat and How I find myself familiar to this...

In accordance to describe my experience with the Bitlanders, I would say thank you to those people who’re behind the making of this amazing site. I had never seen something like this before January, the social media site which serves us opportunity to write our thoughts in the form of micro blogs, I had never experienced a blogging site which is also a platform where we can upload our galleries and movies. 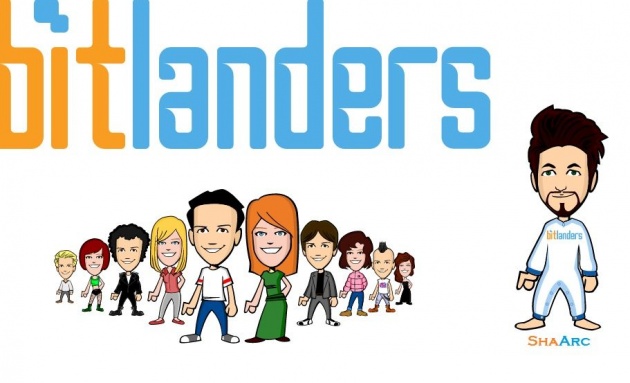 Since I joined this, I witnessed many updates and saw one by one improvements to get closer to be a user friendly website. Site owners are trying to serve a best social platform with a unique ideology. I’m thankful to the developers who gave me the chance to be the part of this community and to communicate and interact with new friends not only in my country but also from across the world. And by virtue of this, I have made some of my close connections whom I don’t want to lose at any cost. We don’t know each other personally, we never interacted in real but here we have been very needful friends to each other. And the credit goes to this so called social media cum blogging site.

Some days ago I was on my Twitter account and scrolling over my homepage, I found many posts by a user account named OpinionPoll which was posting several kinds of polls in which we had to click on any option to take participate on that. As we click on a option, it shows us the results for the participated poll. I was excited too much with this feature introduced by Twitter. Even we can explore our polls there from the tweet option; we have to just choose the option for the polls.

After experiencing this, a thought came to my mind that what if bitlanders introduce something like that. Even I discussed about it in a private chat with one of my wonderful friends [ @shaiera ]. My vision was set to suggest the bitlanders’ developing team to launch a specific widget below the Quest Box which would be for Opinion Poll. I was eagerly going for this but at the same time I've got Mickey's new blog "Share your thoughts and Earn bitMiles points with the new bitLanders Survey Chat". It was giving me a different kind of excitement because this was much like to my idea. But it was just a coincident that I was writing a mail to cs@bitlanders.com to suggest my idea and they putted it first. Now I had no reason to post that mail, I canceled that happily.

At my first Bitalnders Survey Chat:

Therefore I went for the chat icon at the corner of my bitlanders page. And in just 2-3 seconds I got a chat notification blink from Hillary Summers which was about the Survey Chat. She was ready with her questionnaire and I was also excited to put my opinions there. She was asking to give me rewards for each and every answer I make there, which was also unexpected because it was like a jackpot for me to earn some bitmiles so quick. 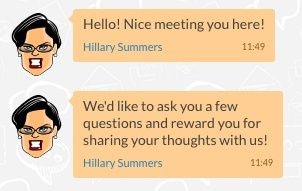 The survey was very easy, it was like a multiple choice questionnaire. Some of the answers were known to me. And if any question for which I had no answer, I could make my option as I don't know. This was the best part of that feature when it gives me access to give my opinion and not to be bounded by any limits to give answers forcefully even when I don't know.

Here in the survey chat, 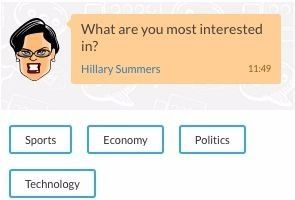 she asks some questions about your general knowledge & daily updates and some about your interests. So this combination of both type of questions make this a Survey plus Opinion chat. So this is not a rocket science which needs any high level knowledge from you, everybody could take part in this and it is very easy way to earn some bitmiles.

If you're still confused that when will your bitmiles add to your rewards. Micky solved this too by texting in his blog that-

Your bitMiles points will be added within a few minutes, or at the next Buzz calculation (within 24 hours). You'll be able to see them in the 'Details section' of your Rewards page as "bitMiles applications and games."

Some days ago, Hillary surprised me with a different kind of question in my survey chat which was about the new Shah Ru 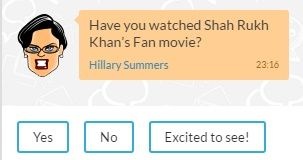 kh Khan's movie "FAN". I've appeared in almost every bitlanders survey chats but never saw any other question regarding to India but they included this question and made us proud. Shah Rukh Khan is my favorite Bollywood actor and I never miss any moment to express my craze about him. So this was a short section dedicated to my Superstar. Thank you Hillary for this valuable addition.

OK, now this time I'm presenting my creation where I used some screenshots of survey chats and formed a video which is available now on my YouTube channel: 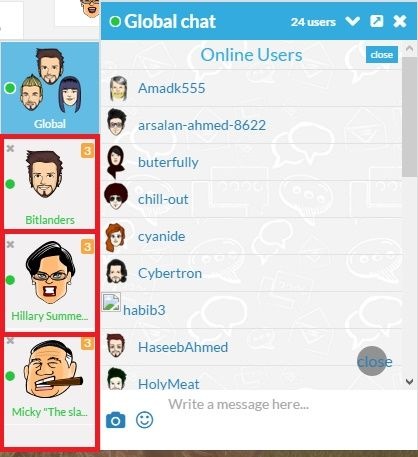 Some days ago when I was looking for my survey chat and opened the chat option, I saw there a new update. It was amazing when I can earn thrice from survey chats at the same time. Official account of Bitlanders and @Micky-the-slanted-salerno both were giving company to Hillary Summers with their own specific survey types. Hillary was there with her well known stock of daily update questions while Bitlanders was asking some questions about bitcoins and Micky with his sports conversation.

Here I'm presenting some sample questions which were asked by them in survey chats: 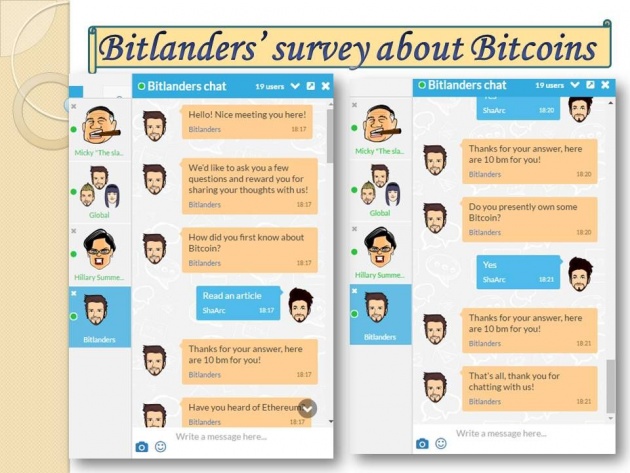 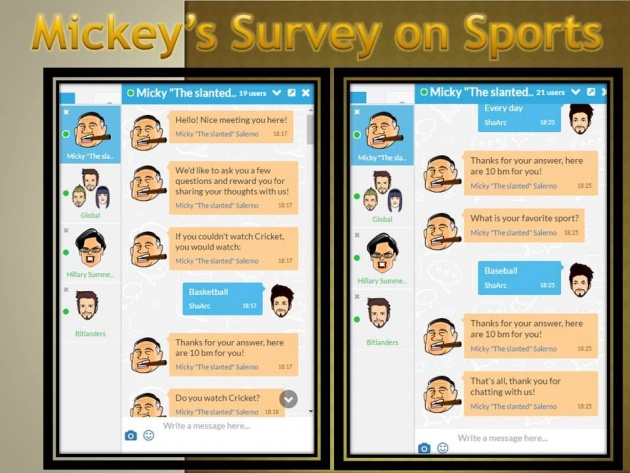 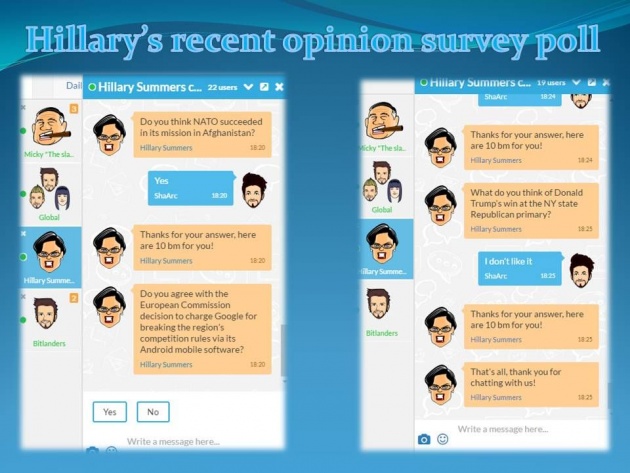 So, this was my experience with the all new feature offered by Bitlanders to give an exciting opportunity to its user, where we can earn some bitmiles just by using our skills. Bitlanders always tries to serve a better social media experience with its loyal users, and to keep this momentum it has launched the Survey Chat feature which is really cool. Bitlanders was always ahead of other social media sites because of its services but after adding this latest tool, it has been more exciting to use.

YouTube Tutorial Video about the Bitlanders Survey Chat: (created by me)

In these days I was busy in creation of a tutorial video for this survey chat, and yesterday I've made it successfully and here is its YouTube link:

In this video, I've used some screenshots taken from my survey chat and I have tried enough to include everything in my blog. If anyone still unaware from using the survey chat feature or find himself uncomfortable, then he must click on this video. This won't take much time to learn, so you may go till the end.

Opportunity to be yourself a Surveyor:

Bitlanders offers an opportunity to be a surveyor yourself. If you have any suggestion regarding questions and answers that you'd like to see in Bitlanders Survey Chat, then email them to info@bitlanders.com where you may add your questions and answers. Questions would be limited to 150 characters and answers to just 15 characters. So if you are thinking about serving your own created surveys, then write a mail about that to above mentioned email-id.

At last I want to thank all of my friends who took their time to read my blog. I had tried to include all the information as much as I could. In this blog, I had worked hard and in order to write this I've created my first YouTube channel. So you liked or not, just leave a feedback which will help me to improve myself in exploring any other blog in future. 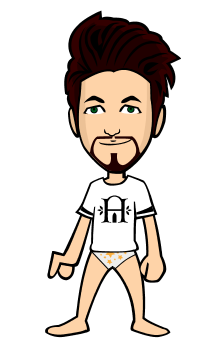 Forgive and forget - easy to say but hard to do.