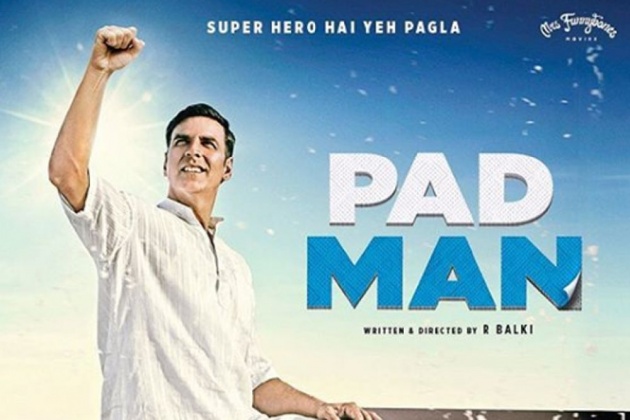 Hello Friends, today I have come up with my another new Blog with the title of "Bollywood Movie Review - Pad Man" which is about a Bollywood movie released in 2018.  This movie is based on life experiences of an Indian businessman and a social entrepreneur Arunachalam Muruganantham who invented his own Sanitary Napkins for women keeping in view the poverty level and unhygienic living conditions in Indian population.  This movie was directed by R. Balakrishnan who is among veteran Film Directors in the Indian Film Industry.  The film story also revolves around a remote area in an Indian village where people are poor and do not have enough resources in their daily lives. 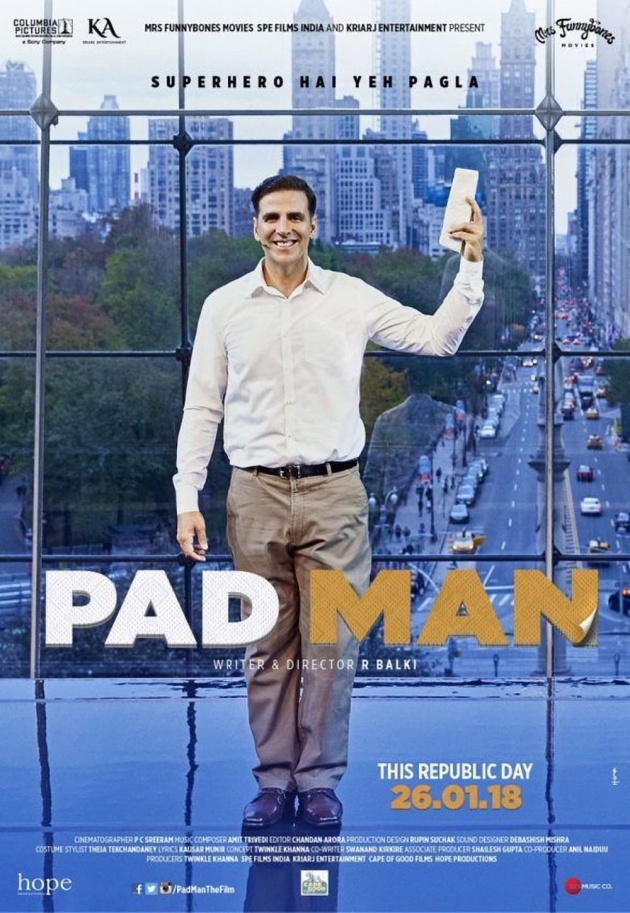 The movie "Pad Man" was released on February 9, 2018 under the distribution banner of
Sony Pictures Motion Picture Group.  Some details of cast of this movie is as under: 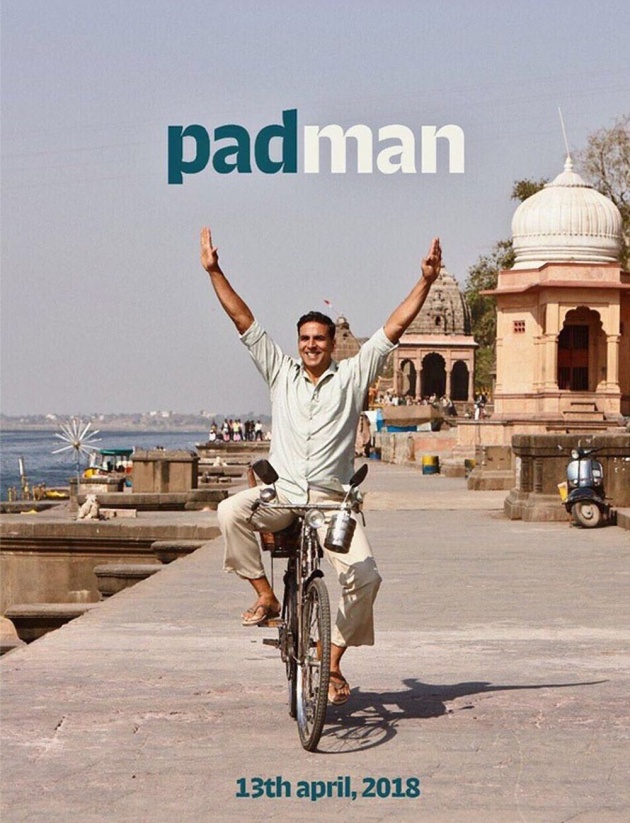 The people who are crazy enough to think they can change the world are the ones who do. Through Padman, R Balki tells the real life inspiring story of Arunachalam Muruganantham (played by Akshay Kumar), a social entrepreneur from Coimbatore, who invented low cost sanitary napkins in India, despite the massive opposition and humiliation he was subjected to. The director changes the film’s setting to Maheshwar, Madhya Pradesh, while retaining the core of his courageous story.

Given the constant mention of statistics pertaining to the inadequate percentage of women who use pads in India, and reiteration of the film’s issue based motive, Padman often seems like a Public Service Advertisement parading as a commercial film. In order to appeal to the lowest common denominator, things are over-explained and all of this results in a sluggish progression of events. However, given how awkward women are made to feel even today while buying sanitary pads from a medical store, this social drama makes for an important film that needs to be watched.

The film begins as hero of the film Laxmikant Chauhan gets married with another village girl whose name is Gayatri in the movie.  Laxmikant Chauhan is a normal village guy who does not have many inspirations in life and he just wants to live a normal life with his wife and other family members.  He does not have much idea about women's periods and menstrual cycle.  Therefore, when his wife gets periods and is refrained from doing any house-chores, Laxmikant Chauhan gets astonished.  Then he gets more upset when he sees that his wife is not using proper sanitary pads but some dirty clothes and other stuff.  He is not happy with the situation and buys her wife some sanitary pads which cost him quite a few bucks.  His wife is not happy at this because he spent money on sanitary pads which otherwise could have been spent for other much more important edible items.  His wife tells him to return those sanitary pads, however, Laxmikant Chauhan takes them to his work place where these sanitary pads are used on an injured person to stop his blood flow while on duty. 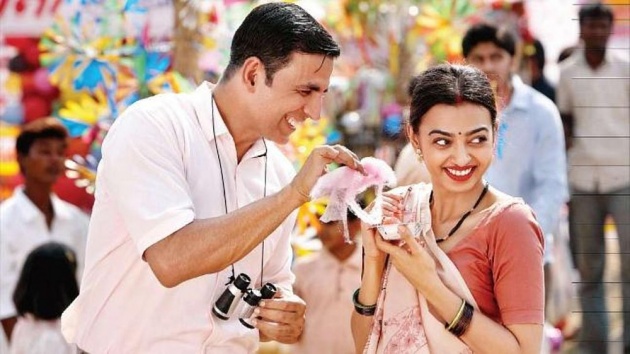 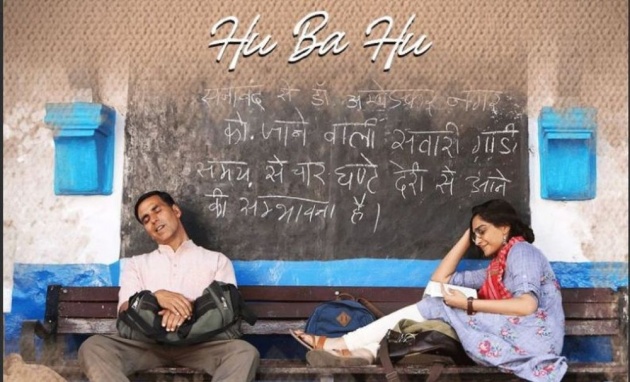 Soon Laxmikant Chauhan realizes that he needs to learn how to make sanitary napkins because he had failed to make a good one.  He gets enrolled in a college for the same purpose where he meets a lady Pari Walia who encourages him to go on with his plans.  However, Laxmikant Chauhan's professors do not encourage him and tell him that it requires a lot of money to buy machines which are necessary for making sanitary napkins.  However, this does not stop Laxmikant Chauhan and he tries to make his own machine for sanitary napkins.  He soon succeeds and gives one sample to Pari Walia for testing.  She gives him the feedback that his sanitary pad was just like any other costly sanitary napkins available in the markets.  She also helps him to participate in an Innovation Fair Exhibition in which he manages to impress the event organizers and wins the first prize.  His new innovation is regarded as one of the most useful innovations and he gets famous instantly.  He is also invited at the UNICEF and is awarded for his services to humanity.  Later, he is also respected by his own Government in India and gets the highest civil honor from the Government.  In the end, people realizes that Laxmikant Chauhan is a hero who always wanted to help poor women of the society.  After he gains back his respect in the village, Laxmikant Chauhan and Gayatri meet up again and they both start a new happy life as the film ends. 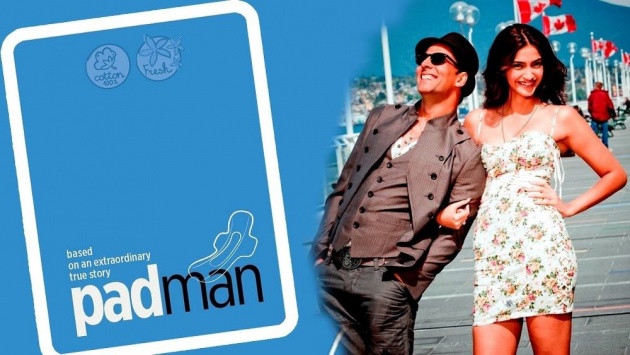 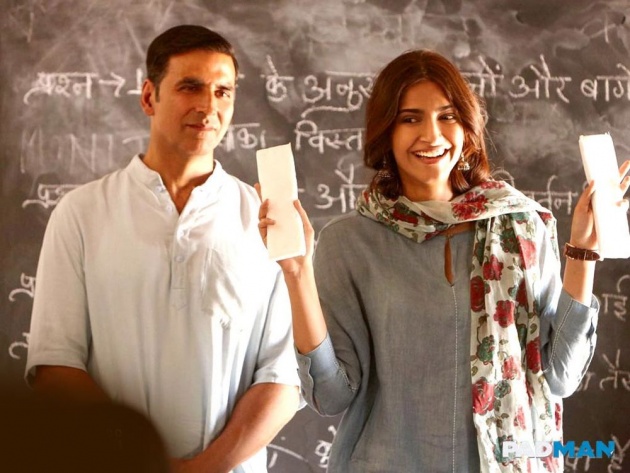 The movie Pad Man is a very good entertaining movie and is a must watch for business entrepreneurs with a lot of lessons for them.  The movie teaches that if you want to invent something useful for the humans, the humans can only be the biggest opposition to your innovation.  However, a successful entrepreneur knows that the invention he or she is going to make will create a huge difference in the daily life of humans.  The inventor must not stop and if he is mocked then it should only make him stronger in his way of making new inventions.  The story of the movie Pad Man is awesome, picturization and filming sequence are very good.  Whatsmore, all the actors did very well apart from the film Director and Producer who came up with such a unique idea.  The movie was welcomed on the big screen and has been a very good performer.  The movie has managed to earn more than Indian Rupees 1200 Million and has been declared as a Commercially Hit movie. 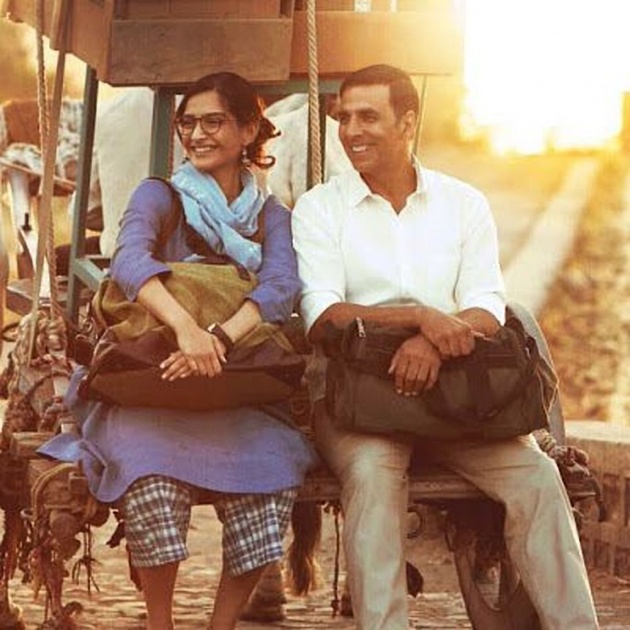