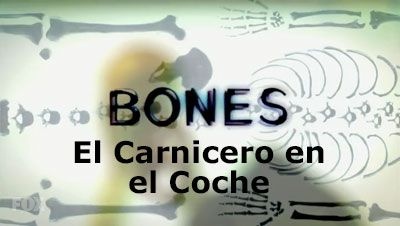 "El Carnicero en el Coche" is episode three of season nine of Bones, the forensic drama television series loosely based on the novels and life of anthropologist Kathy Reichs. In this episode the body of a notorious gang hitman is found in a burnt out car.

A Burned Out Car with a Skull Inside

A recovery truck pulls up outside of a deserted warehouse at night. There is a burned out car there, then another truck arrives on the scene. The second truck was sent by his dispatcher and wants the first driver to let him take the car, because that driver has cost the second a lot of jobs. The first driver breaks the car's window and, when he spots a skull inside it, graciously allows the second driver the job. The second driver is less happy when he discovers the skull too.

Sweets is on Sabbatical

In the previous episode, "The Cheat in the Retreat", Sweets decided he needed a sabbatical. He is helping at a community centre. Booth hasn't heard from Sweets in several weeks, and wants to know if he can still call him for help. Sweets agrees, if it's something that only Sweets can help with. 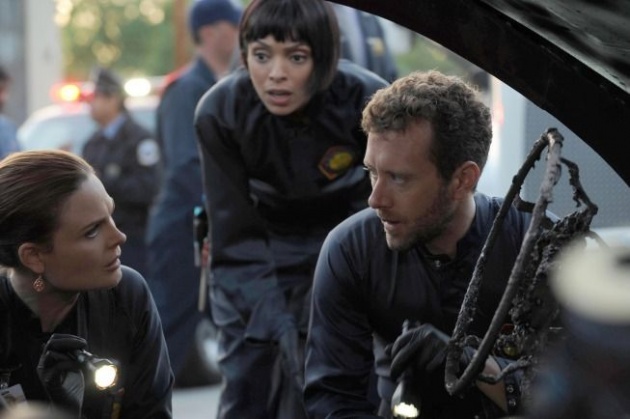 The Evidence is Falling to Pieces

Brennan and Hodgins are at the burned-out car and Cam says it's healthy for Sweets to be taking a vacation, and that others should too. The plates on the car are from out of state, which makes it Booth's case. Which local police are happy about. Hodgins reaches into the car and the door falls off. He's annoyed that he's compromised evidence, and says they need to take the entire car back to the lab. Brennan spots a meat cleaver in the vehicle, and uses a utensil to grab it, causing more damage. Even when the car isn't being touched, it continues to fall to pieces. It's really, really been burned out properly. 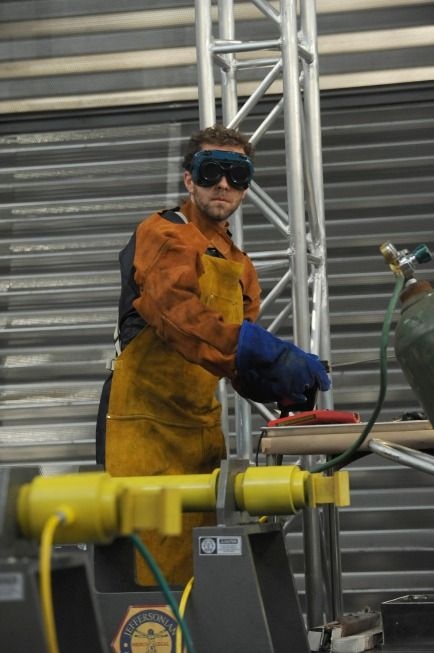 The Car Owner is Not a Great Suspect

At the lab, Wendell Bray identifies a gash to the victim's head, but Brennan says that it's a bullet wound - the heat from the fire has distorted the wound. Hodgins is removing the roof from the car as it's the only way to get at the evidence without even more of the car disintegrating. Doing so reveals a bullet. Hodgins tries to get the car's VIN with a rubbing, but that disintegrates too. Hodgins eventually has to start removing evidence from the vehicle by hovering over it on a winch. The car's owner is an out of towner who was at a conference. He eventually admits his car was stolen after a girl he met at the conference asked him to buy drugs. He doesn't seem like a good suspect.

Angela gets a match to the skull really quickly - the victim is a hitman for the gang Estrellas Locos - Crazy Stars - known as El Carnicero. The Butcher. That's why he had a meat cleaver. The Butcher would chop his victims up and scatter the pieces around town. 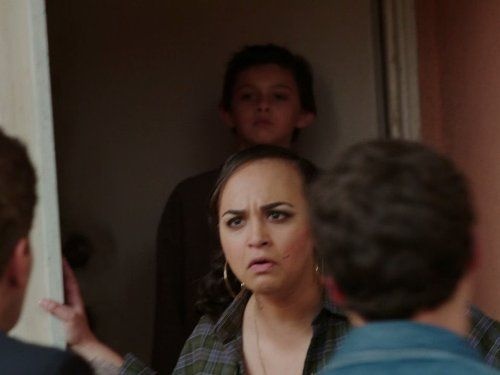 Sweets is working in that community, so Booth goes and asks him for help. Sweets finds it a coincidence that Booth needs his help on the same day he asked if he could have it, but it is just a coincidence. Sweets agrees, but mentions that the people he is working with don't know that he has worked with law enforcement. Sweets and Booth go and see the girlfriend of the dead man, which is unproductive and tense, for she is a gang member too. 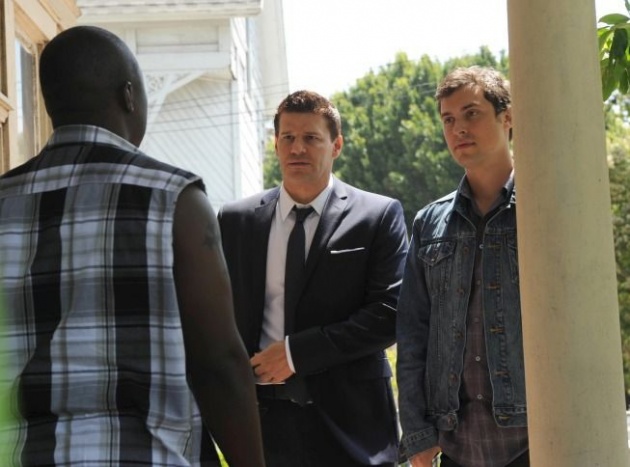 A Drive By Shooting In Front of Booth

The Estrellas Locos are at war with four other gangs, and the bullet links to other gang killings, every gang except one. So Booth and Sweets go and see the war chief of that gang, the most likely suspect, just in time for the Estrellas Locos to attempt a drive-by. The war chief opens up with an automatic weapon, killing two people in front of Booth. Naturally, he gets arrested.

This war chief despite everything also doesn't seem to be the killer. So who is? There are anomalies in the bullet wounds, which are complicating matters, but once they are solved, the case takes on a different aspect. The ending is a bit of a surprise. 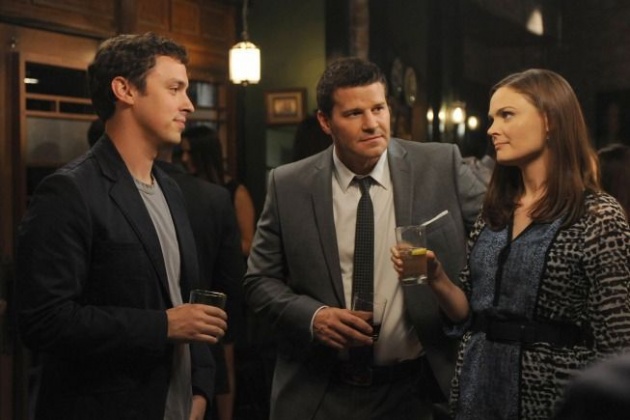 Booth wants Sweets to open up about Christopher Pelant using Sweets' research against them in "The Secret in the Siege", but the latter is not willing to. Yet, anyway.