Bones - The Blood from the Stones 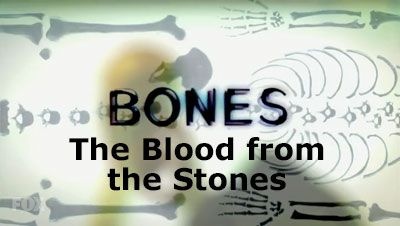 "The Blood from the Stones" is episode twenty of season eight of Bones, the forensic drama television series loosely based on the novels and life of anthropologist Kathy Reichs. In this episode, a dead man is found with a lot of diamonds in his stomach.

Not Dead from Natural Causes

Police and FBI are attending a crime scene on a vacant lot where a car has been abandoned with a body inside it. The body has been on the lot for 5-7 days. Cam rules out natural causes as cause of death which Brennan thinks is obvious.

Brennan is Having Problems with Jokes

There is a sawn off shotgun in the boot and two bullet wounds in the victim, but not from the shotgun. The slugs have been dug out of the car to prevent them being identified. Booth rules out suicide. And Brennan states it's obviously murder. She isn't getting the jokes. Which Booth points out. 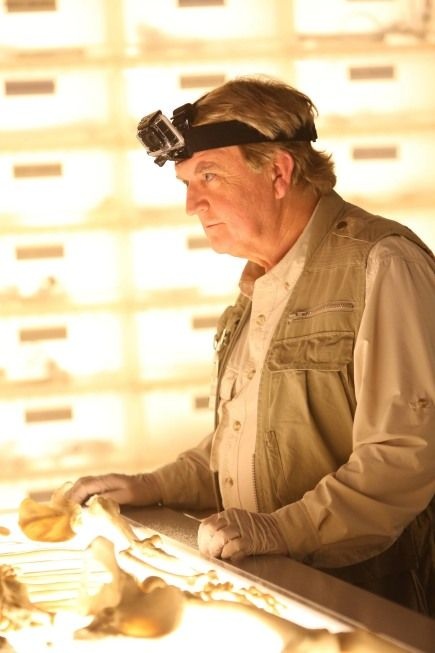 Diamonds in the Stomach

Back at the Jeffersonian, a documentarian is filing the entire investigation to create a promotional film for the Jeffersonian to raise funds. Hodgins has heard of him; Brennan not so much. In the stomach of the dead man is a balloon, suggesting drugs, but what is actually inside it is diamonds. Which was not expected. 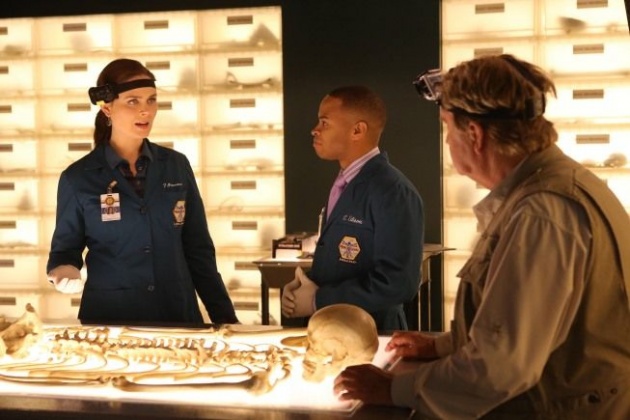 Brennan and Jursic are Going to Clash

Clark has been called in to assist on the film by the board of the Jeffersonian, in order to smooth off some of Brennan's sharp edges. She has already decided that she is the protagonist - even though the filmmaker, Andrew Jursic, says that's his call - and is bound not to take it well. Jursic also says that people will give Clark money; Brennan not so much. 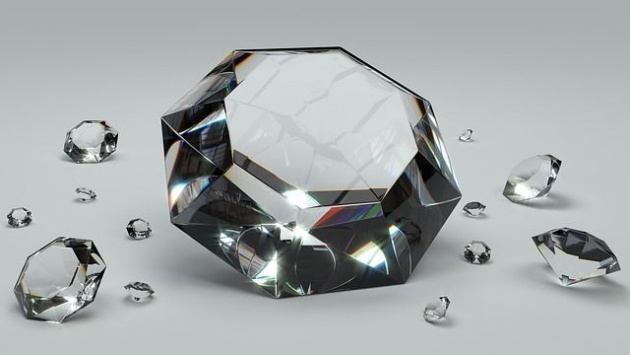 There are $200K in diamonds in the balloon, all of which have been pried from settings. The dead man had a criminal record and worked at a diamond merchant's, a merchant who had been accused of removing genuine diamonds from items brought in for cleaning and replacing them with glass. Which means that the stolen diamonds had already been stolen. The body had also been searched, so perhaps the diamonds are what the killer was looking for. 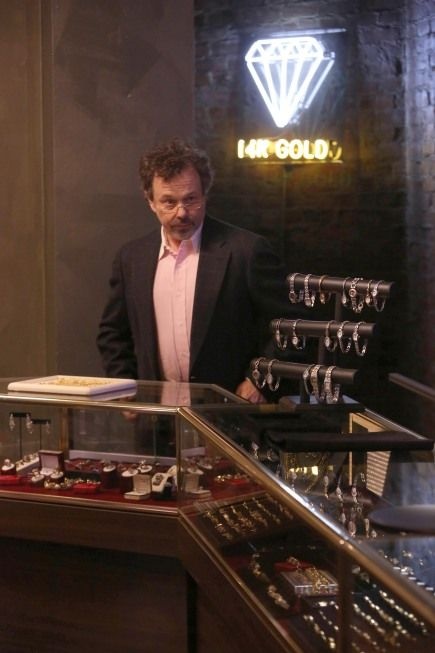 A Dodgy Diamond Merchant Who is Hiding Something Unexpected

Booth and Brennan go to the diamond merchant's, which leads to an awkward conversation between them regarding marriage. Until Booth pulls out his badge. The merchant is definitely hiding something about the security guard, and says that he isn't supposed to tell them anything. So he called the police, and has a card with a number on it. Which is unusual. The reason is that the security guard wasn't a security guard - he was an undercover cop, and the number is that of his commander.

The Dead Thief is Actually a Dead Undercover Cop

The dead undercover detective, Ruben, was working on a two man crew that has been hitting ATMs across the city, and that he was closing in on them. The thieves were buying diamonds to wash the cash. Joe Dinko, the detective's superior, is someone that Booth knows and presumed that DC Metro were taking over the case; the crime was done on land that a senator wants to redevelop, though, and Christine says that she's been given her orders. Booth also asks about the diamonds found in the dead cop's stomach; namely, were they lifted? The man seems to have been shot with two guns and the widow blames Dinko, because he kept getting her husband to keep doing undercover work, promising a raise.

A Foot with No Owner

Trace evidence leads to peregrine falcons, which are pretty rare, and so leads to a crime scene. And a foot that is no longer attached to its owner. The ATM crimes weren't smash and grabs; the machines were hacked to make them spew out notes. Which is unusual. The cybercrime is quickly solved by Angela, perhaps too quickly. Was the undercover cop dirty? Something seems a little off. 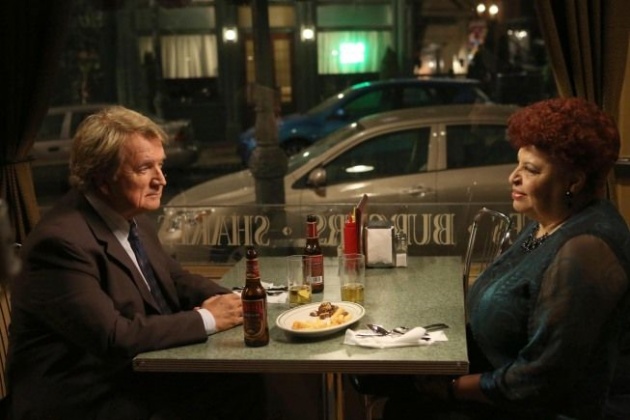 Caroline gets struck on Jursic, and vice versa (it seems that Caroline is now divorced; when did that happen?). So Jursic approaches Cam for help; Cam is not happy.

Bones - The Blood from the Stones Trailer