Bones - The Brother in the Basement 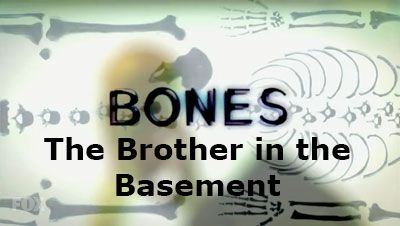 "The Brother in the Basement" is episode two of season eleven of Bones, the forensic drama television series loosely based on the novels and life of anthropologist Kathy Reichs. In this episode, the team look for the missing Booth and try to piece together what is actually going on.

In the previous episode, "The Loyalty in the Lie", a body that was initially thought to be Booth turned out to actually be that of his brother Jared. Booth himself is missing. Jared had been killed when he, Booth and several others attacked a known criminal's house, killing him and his thugs and stealing $2 million. Booth himself got gutshot during this. Special Agent Grace Miller of Internal Investigations is convinced that Booth is guilty, and that he and Jared were up to something criminal. Which it looks like. However, Miller was keeping the fact that her own partner had also disappeared.

This episode opens 24 hours earlier. Kevin O'Donnell, who appears to be in charge and a former Navy colleague of Jared's, is by a van with Jared's body in it. O'Donnell is saying that the plan stays and that they need an incendiary to torch everything. An injured Booth is also there, and he says that Jared is his brother so he will torch the van. 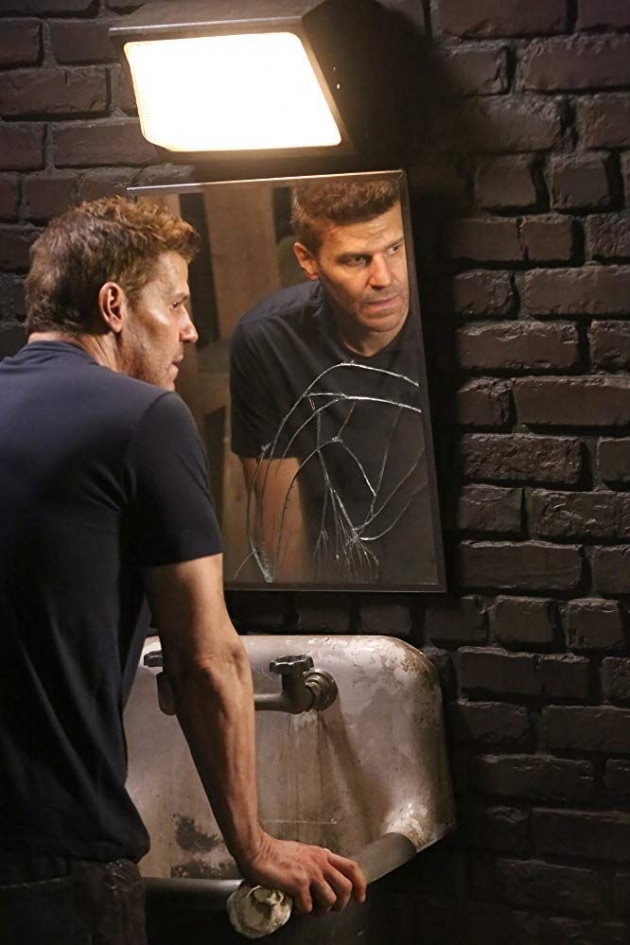 Later, the team is resting up. Three, including O'Donnell, are playing cards; the other two are joking about how Booth looks and whether he's going to live. O'Donnell gets a message and says that the deal is on. The trade is happening today and the $2 million they currently have is a mere fraction. The deal is going to go down in 5 hours. 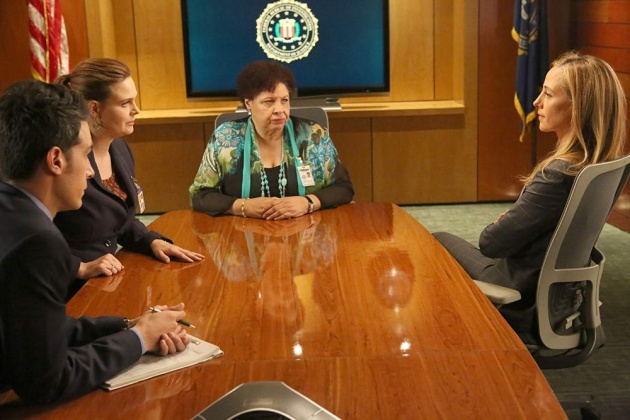 Examining Jared and at the FBI

Cam and Hodgins are at the Jeffersonian with Jared's remains. They aren't finding anything to locate Booth and Angela says that Booth has lost so much blood he needs a doctor, and quickly. Brennan is not there; she is at the FBI and she, Aubrey and Caroline are quizzing Miller about her missing partner, Bannerman. Miller tells them that Bannerman went missing after downloading a list of undercover agents. She doesn't consider it to be a coincidence that Booth and Bannerman disappeared so close to each other.

Aubrey wants to search Bannerman's place; Miller says that it isn't his case. Aubrey tells her that it is now, as Miller herself said it wasn't a coincidence. Miller says that her team has been over Bannerman's and not found anything. Brennan wants to go over it anyway. Miller tells her that there are other labs than the Jeffersonian, and that the Jeffersonian isn't even the best since Brennan left. So Brennan says that they can consider her back.

A Severed Finger in the Freezer

Bannerman lives with his fiancée, Chloe, but she hasn't been seen in some time. Miller says that the assumption is that Chloe and Bannerman are in it together. However, Brennan finds a padded bag with minute traces of blood, plus some freezer bags. In the freezer is a severed finger. Miller's team were clearly not that great.

The finger has been on ice for about a week, and it looks to have been severed with scissors. Cam gets a fingerprint; no surprise, the finger belongs to Bannerman's missing fiancée, Chloe Robertson. It looks as if someone kidnapped Chloe to get Bannerman to download the list of agents. So, Bannerman wasn't a traitor. 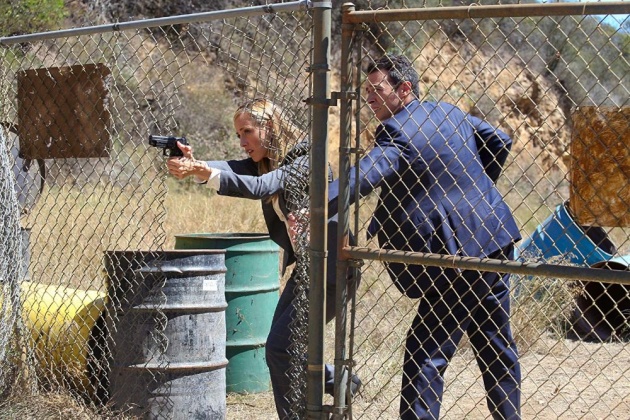 What's Booth's Connection to All This?

The question is what the list has to do with Booth. Aubrey posits that Jared got in with the gang buying the list and Booth infiltrated it to help Jared out - that didn't work - and stop the list being sold. The trail leads to two bodies doused in battery acid. Which naturally turn out to be Bannerman and Chloe. Booth is still missing, and currently there doesn't appear to be a link to Booth, or where he is. Booth himself is probably running out of time, and it looks as if someone knows he isn't as unethical as thought.

Bones - The Brother in the Basement Trailer