Bones - The Carpals in the Coy-Wolves 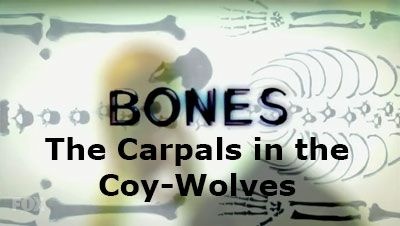 "The Carpals in the Coy-Wolves" is episode four of season eleven of Bones, the forensic drama television series loosely based on the novels and life of anthropologist Kathy Reichs. In this episode, the body of a man who had recently won big at fantasy football is found preyed upon by coy-wolves.

A father and his son, Brad, are walking through a forest wearing orange hunting vests and carrying guns when the son starts panicking a bit. Not because he's seen a deer, as his father asks, but because he forgot to DVR Fashion Runway. Dad doesn't seem totally happy with his son's choice of leisure pursuits and tells Brad that if he wants to be a man he needs to act like one. Then dad sees a bloody skull on the ground and starts screaming in a distinctly unmanly fashion. Brad is more composed and blows the skull to pieces with his gun before asking if his father is okay.

Brennan Has Killed Off Agent Andy

Booth and Brennan are in the diner and Booth is telling her that her latest book is the best one yet. Plus he likes the cliff-hanger ending. Brennan is puzzled about the reference to a cliff-hanger. Booth wants to know how Agent Andy is going to pull through. Brennan tells him that Agent Andy was shot to the sternum. So he's dead. Booth is not happy about this, as Agent Andy is based on him, and makes this clear a number of times throughout. Brennan gets a call about the body in the woods but Booth is still, for want of a better word, sulking.

Skulls Do Not React Well to 12 Gauges

At the scene there are signs of predation everywhere. Coy-wolves are responsible - again. They seem quite popular in this series. The victim has no face, because Brad unloaded a 12 gauge at the skull, which is going to make facial reconstruction a bit tricky if they can't find all of the pieces. Booth finds it interesting that all of the victim's clothes are on the scene - shredded, but there. Except his shoes. The victim's feet show no signs of having walked to the scene, making it a body dump.

Dr Wells is Still Being Obnoxious

At the Jeffersonian, Dr. Oliver Wells is behaving even worse than normal. Angela says more of a douche but Cam was going to go with on edge. Brennan says that's okay, as Oliver can easily be replaced. In fact, she already has a new intern lined up, a Dr. Beth Mayer. Wells asks if she's attractive and when Brennan tells him Dr. Meyer has a symmetrical face and good bone structure he complains that he's going to have to deal with another gorgeous intelligent woman. Wells does open up to Hodgins about what the problem is - it's a man problem. 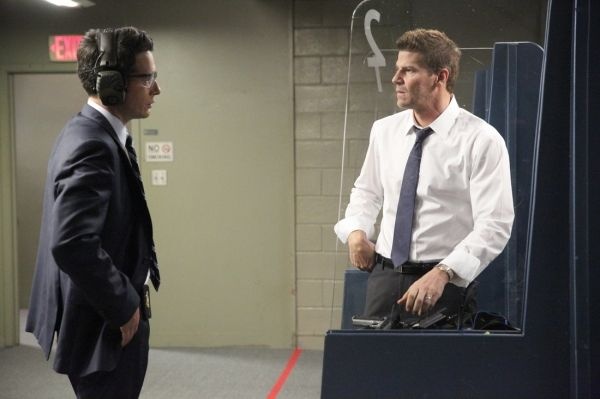 Agent Andy Will Be Replaced with a New, Younger, Sexier Partner

Aubrey commiserates with Booth about the death of Agent Andy and agrees that you can't solve crimes with just one person. Booth tells Aubrey that Andy is going to be replaced with a new, younger, sexier partner. So Aubrey tells him he's really, really sorry - Booth evidently hadn't thought that one through. Aubrey suggests that the new partner be Agent James - that, of course, being Aubrey's name. Booth gives him a look. 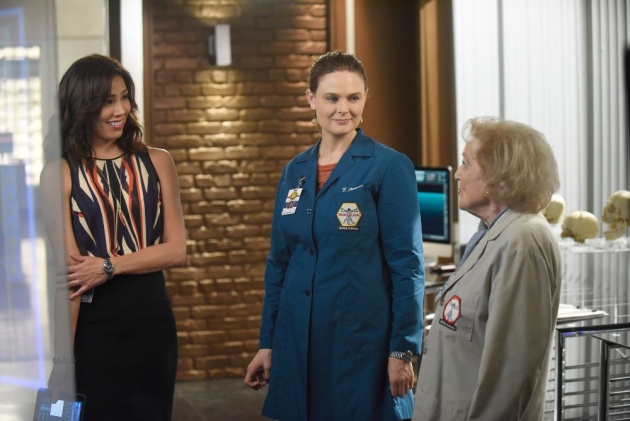 Dr. Meyer Has a Lot of Experience

Dr. Meyer is a bit older than might be expected from Brennan's description (as she's played by Betty White, who was in her 90s when this episode was filmed!). Dr. Meyer, under a different name, from one of her six marriages, helped develop the platform the graphic simulator of the Angelatron is built on. Dr. Meyer proves so competent that Brennan starts to feel a little threatened.

Enemies in a Fantasy Football League

The victim had had a collision with a tree which helps identify him as a real estate agent called Justin Ross. Ross was in the office until 9PM the previous night and the only other person in was a temp, Chris Winfelder, who tended to move around from job to job a lot. Winfelder tells them that Ross had enemies outside of work, with his fantasy football league. It turns out that Dr. Meyer is a fan of fantasy football as well.

There's a video of the loser of the previous season, Craig Smith, being peppered with paintballs. A video in which he threatens to kill Ross. Smith is really, really obsessed with fantasy football, to a degree that is probably extremely unhealthy. Fantasy football is more important to him than anything else. He does say that Ross got into a Twitter war with an NFL player called Lou Divers, who actually came around to see Ross. 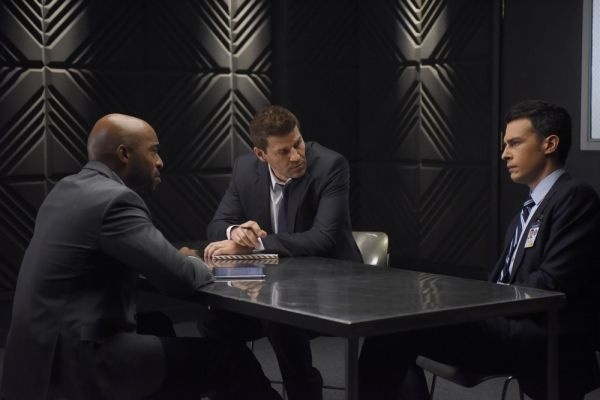 Thousands of Reasons for Murder?

Divers had deleted the Twitter comments a few hours before Justin was murdered, and had seen him in person just before. He had gone to see Ross because Divers felt some of his comments crossed a line. However, they apparently made up and Divers states that Ross was very happy, because he had just won a big jackpot. Which would mean there were thousands of reasons to kill him. That's not the only motive either. 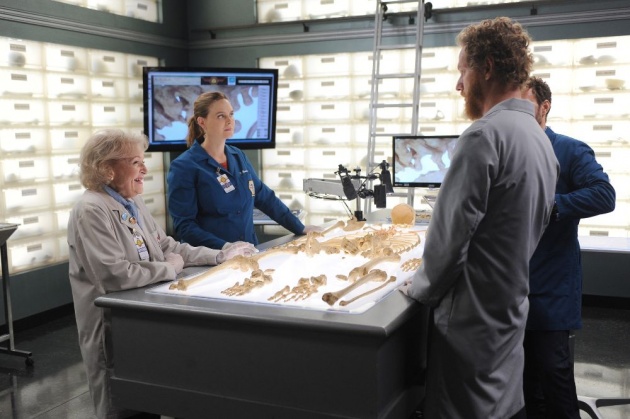 Heading into the Woods for Bones

They are still missing bones because of the coy-wolf predation, so Hodgins asks to go into the woods to find them. Dr. Meyer suggests that Wells accompany him, as being in nature might help with Wells' problem. This does not quite go to plan. 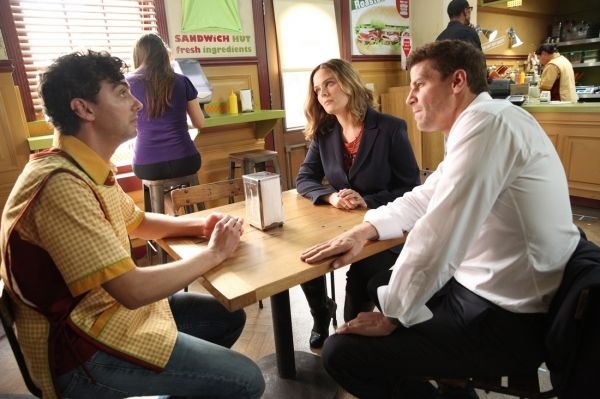 There are more than a few potential suspects, all of whom have a reason for wanting him dead, but without the missing bones pinpointing cause of death will be problematical.

Bones - The Carpals in the Coy-Wolves Trailer