Bones - The Carrot in the Kudzu 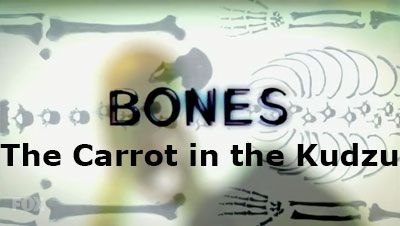 "The Carrot in the Kudzu" is episode eighteen of season nine of Bones, the forensic drama television series loosely based on the novels and life of anthropologist Kathy Reichs. In this episode, a performer from a children's show is found dead, wrapped in kudzu.

Booth and Brennan are at home discussing Christine's birthday party. Booth suggests a bouncy house but Brennan counters with statistics related to the number of injuries sustained by children in them. She has already nixed three other party ideas, and doesn't see why Christine needs a party. After all, Brennan never had a birthday party as a child. Max, who is there to take Christine, comes in the room at this moment and Booth wants to know why there were no parties. Max points out that they didn't want to draw attention as they were on the run from the police, otherwise he would have given them. Then Brennan gets a phone call about remains that have been brought into the lab.

Clark Has Written a Book and Wants Honest Opinions

Clark and Hodgins are walking past a memorial picture of Mr. Nigel-Murray and the former says that he has written a book, a mystery like Brennan does. This book is affecting how he thinks and he gives copies to Angela, Cam and Hodgins, wanting their honest opinion. Which causes awkwardness throughout. 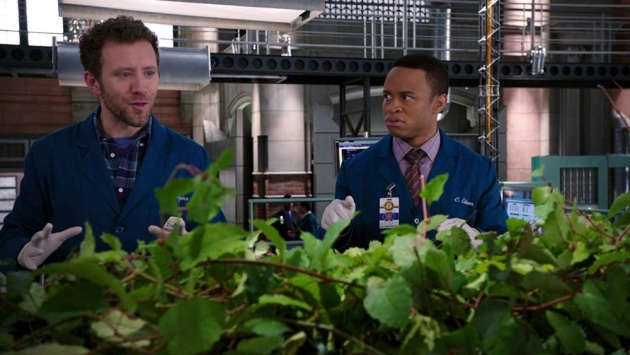 The Kudzu is Still Growing

The remains are a mass of kudzu with the actual remains inside it. The plant is moving, and Hodgins says that it's still growing, feeding off the body inside. Cam says that she's seen this film, and that it doesn't end well for humanity. 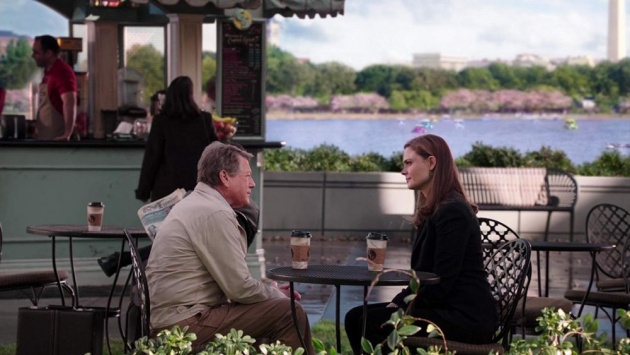 Birthday Parties are Meaningful for Booth

Booth shows Sweets a picture of the remains, and he references Invasion of the Body Snatchers. And then they talk about parties; Sweets never had one either. Booth's dad, who was usually drunk and who Booth doesn't exactly have fond memories of, always threw him a party every year, and that this was the only time Booth saw him sober. Sweets says that this is why he finds parties so meaningful. The birthday party crops up at a number of times. The body was dumped by the side of a road, and Sweets says the killer was an amateur.

Brennan, when she arrives at the lab, wants to know why Clark is there, not an intern. All the interns are at a forensic conference in Buffalo, which gives them extra credit. The kudzu is still moving, so it is still growing, and when Hodgins attempts to remove the skull, it falls to pieces. Brennan says the plant has crushed all the bones. 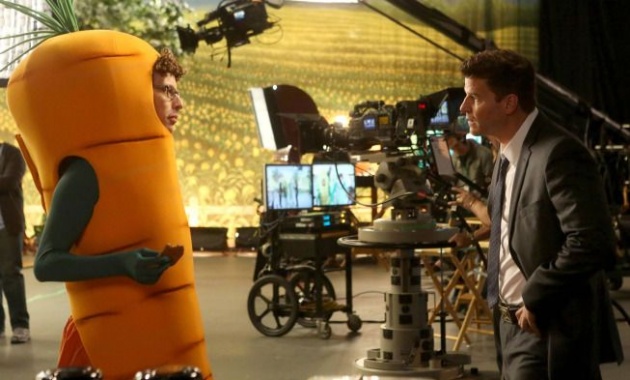 The victim is identified as a man who worked on a TV show, the Vegetabills. Booth says that Christine loves the show (rather surprisingly, Brennan doesn't comment on what a good idea a show that helps children eat their vegetables is). The dead man's brother still works on the show, but Carrot Bill (the carrot of the title) had left to develop a new show. 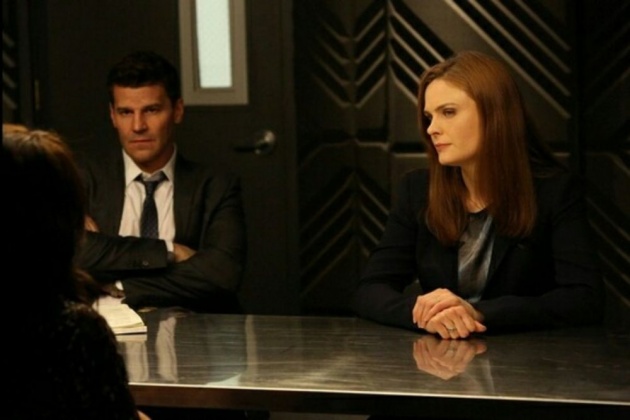 Mothers Love the Show - and The Stars

The dead man shows signs of extensive injuries about 8 weeks ago, which turn out to be connected to the new show. When the plug was pulled on it, Carrot Bill got in a fight about it. However, the person he fought had an alibi. There's also an obsessed fan on Twitter, who says that Carrot Bill changed her life, and who threatened to kill him (it seems Carrot Bill had quite a lot of, female, adult fans).

He Fell Down and didn't Get Back Up

There are a number of suspects, but no cause of death. There are injuries suggesting that Carrot Bill was not conscious and fell down, but there doesn't seem to be a reason for him to have lost consciousness.

Bones - The Carrot in the Kudzu Trailer