Bones - The Cheat in the Retreat 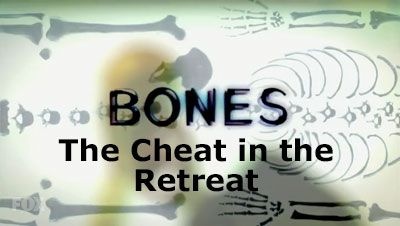 "The Cheat in the Retreat" is episode two of season nine of Bones, the forensic drama television series loosely based on the novels and life of anthropologist Kathy Reichs. In this episode, the corpse of a man who went to a couples' retreat with a woman who isn't is wife is found partially eaten by a bobcat.

Two animal control officers are investigating a report of a bobcat near some Dumpsters. One of them, who would appear to be a newbie, is not happy about having to catch bobcats. He thought it would just be cats and dog. His superior helpfully tells him to think of it as a cat named Bob.

What the Bobcat Was Eating

The newbie manages to catch the bobcat and the other says to check what it was eating, in case it gets sick. The newbie finds and brings out the item, and is surprisingly calm about it, given that he's holding a partially eaten human arm. The other person says that he will now get to learn about paperwork.

Cam is heading with Mr. Vaziri to the crime scene in his car. She is looking through a letter she has just received from a debt collection agency, the third for something she has not bought. They are pulled over by a cop, and Cam gets into an argument with the cop over what she takes as racism. The cop checks up on Cam, and then pulls out a gun and arrests her for cheque and credit card fraud and grand theft. 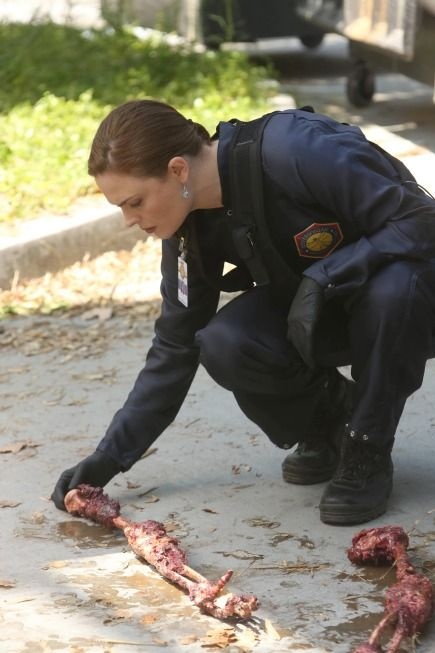 At the crime scene, Brennan and Booth are discussing what happened to Cam, and Brennan's comments are not exactly helpful; enough that Booth tells her never to be a character witness. Saying someone is intellectually capable of a crime is less than helpful. Booth has managed to get Cam out of custody by calling in a favour. The victim is in pieces, and was pulled apart by the bobcat, after death, fortunately for him.

Cam is the Victim of Identity Theft

At the Jeffersonian, Cam's security card isn't working. Nor is anything else; she has been a victim of identity fraud and wants the matter dropping at work. Hodgins does recommend a lawyer later, but Cam is trying not to ask for help, but as the problems starts spiralling out of control, with it being possible she could lose everything, she does finally admit she can't solve everything by herself.

Sweets is Not on Top Form

Booth and Sweets go to see the dead man's wife. Sweets is definitely not on top form at the moment, getting everything wrong about the wife. This also crops up a few times in the episode; Angela thinks that Sweets feels bad over Christopher Pelant using Sweets' research against everyone in the season eight finale, "The Secret in the Siege", but Sweets says he feels he isn't actually helping anyone, which is what he trained for. The wife thought her husband was on a business trip to Thailand; clearly he wasn't. 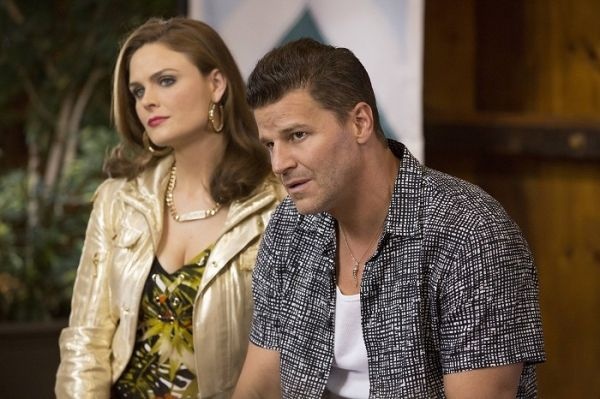 Brennan and Booth Undercover at a Couples' Retreat

Hodgins determines that the victim was killed on tribal land, land that was rented by a couples' retreat. Booth says it will take months for the FBI to grant approval, so he and Brennan go undercover as Tony and Roxy. Brennan loves undercover work, although she is not quite as good at it as she thinks she is. 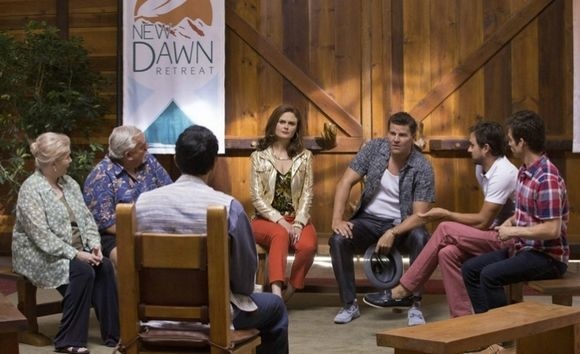 Not a Black Widow

The dead man, Adam Pak, was at the retreat with another woman, Kelly, who says she doesn't know where her husband is. Before finally saying that he wasn't actually her husband. Adam had taken his mistress to a marriage retreat. The others at the retreat said the Paks clearly had secrets. Kelly also had a previous boyfriend who died, leaving her a large sum of money. This was in an accident, though; she doesn't appear to be a black widow. 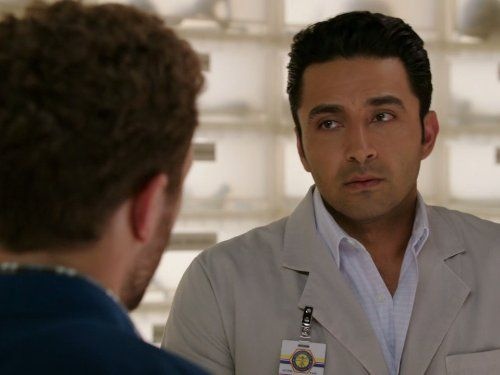 Cause of Death and Motive?

The cause of death proves hard to pin down, due to bobcat interference. Clearly there would be a motive for Pak's wife to kill him, and his relationship with his girlfriend was stormy to say the least. But did either of these result in his death? Brennan and Booth, at a couples' retreat when they definitely have issues at the moment, provides a source of interest and humour.

Bones - The Cheat in the Retreat Trailer