Bones - The Cold in the Case 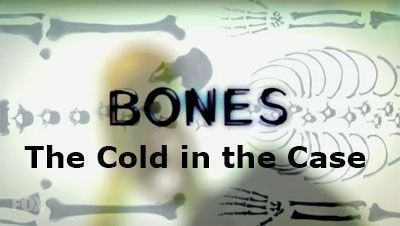 "The Cold in the Case" is episode twenty-one of season nine of Bones, the forensic drama television series loosely based on the novels and life of anthropologist Kathy Reichs. In this episode, a body that has been cryonically frozen is found dumped in a swamp.

Not What Your Are Looking For When Buying a House

The episode opens in a new subdivision with a boy riding his bike. A couple are looking at a currently empty lot - or swamp, by the looks of it - with an agent. The boy rides past them with a dog, and throws a ball into the water. The dog gets it and brings it back to the man out of the couple, who also throws it into the water. The couple seemed to be pleased with the potential, and it looks like they are going to buy. Until the dog comes back with part of a human skull, not a ball. At this point the sale falls through. 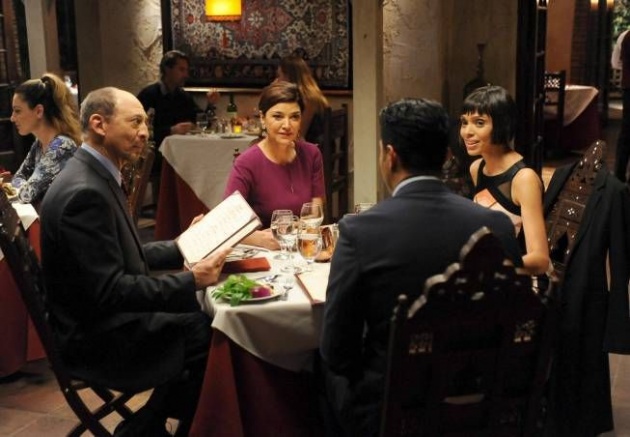 Mr. Vaziri is talking to Cam, asking her if he's mentioned that his parents are coming to see them. Given that Mr. Vaziri hasn't seen his parents for some time, and Cam hasn't seen them at all, this is not the sort of thing you forget to bring up. So the answer obviously is 'No.' Mr. Vaziri says that his parents are very traditional, and that they think of him as their wild child. They also want to meet Cam; she's getting rather worried by this whole thing. This runs through the episode, and at one point Hodgins makes a not entirely helpful comment regarding Angela's dad. Then Cam gets a call about the body. 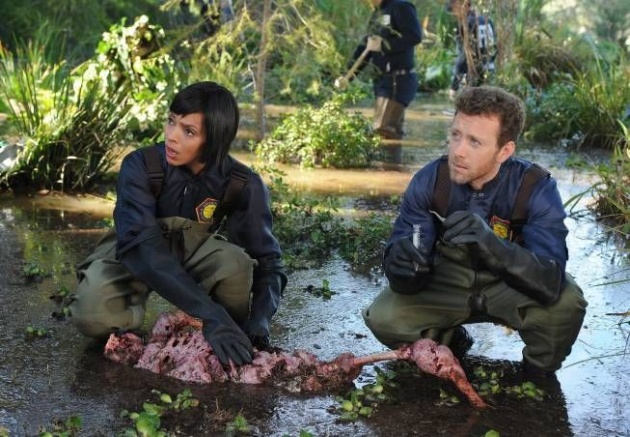 Dead for Differing Periods of Time

According to Brennan, from the bits they have so far, the deceased was a Caucasian woman in her thirties. Booth arrives late at the scene; the assistant director kept him in the office reviewing the case files of other agents. Cam says that the organs are oddly intact, and the remains show signs of predation. The bones show signs of fracturing, but not caused by blunt instruments, and the body has no personal possessions, suggesting a body dump. According to Hodgins, there is also weird conflicting evidence from the insect activity and remains. According to these, the body has been dead 3 hours, 3-4 days and 2 weeks. Which does not add up.

Off the Grid for Months

The victim has had a bone marrow transplant in the last year, which allows her to be identified as a Madeline Papadelis, who has been completely off the grid for four months. There was no missing person's report filed, and she has no family. She did have a daughter, but she died young, and she also has a restraining order filed against her ex-husband, as it seemed he tried to kill her.

Just Arguing Whilst Waving a Gun Around

The remains show bits from various scavengers stuck to the victim, there are signs of chloroform and evidence of being wrapped in a sleeping bag. Suggesting possible abduction. The ex-husband says that he didn't try to kill Madeline; they were arguing over their daughter whilst he was waving a gun around. Note: Never wave loaded weapons around. The argument was over their daughter; he felt his ex-wife was torturing her with all the treatments that she was putting their daughter through for her illness. 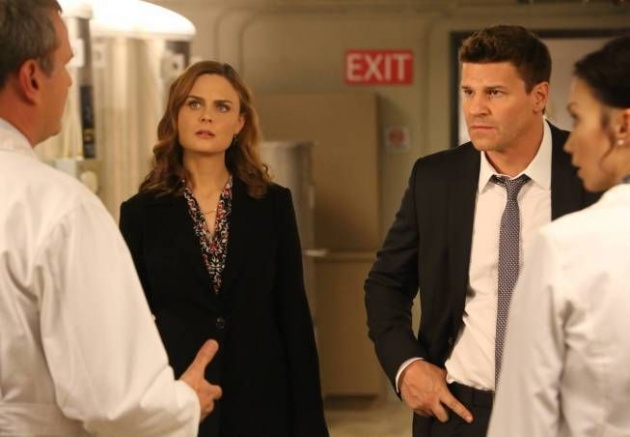 Frozen in a Cryonics Facility

The organs also show signs of fracturing. Which organs do not do. Unless they were frozen. Which would explain the different times of death, as the body thawed out. The body would have to be frozen at really, really cold temperatures, though, and the trail leads to a cryogenic facility. Booth does not agree with the idea of cryonics. It comes as no surprise to find that Madeline had her daughter frozen there. The cryonics facility is where Madeline was likely killed and stored too, but there are various suspects.

Bigger Things to Come For Booth?

Booth's reviewing of case files is, according to Sweets, a potential sign of bigger things to come. Such as a big promotion. Booth is not that keen on the idea.

Bones - The Cold in the Case Trailer