Bones - The Death in the Defense 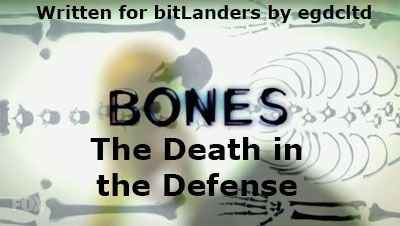 "The Death in the Defense" is episode eleven of season eleven of Bones, the forensic drama television series loosely based on the novels and life of anthropologist Kathy Reichs. In this episode, the body of a public defender is found by an expressway.

In the previous episode, "The Doom in the Boom", Hodgins and Aubrey were both injured by the explosion of a pipe bomb that had been hidden in a body in which four cops died. Aubrey appeared to come off it worse, spending hours in surgery having shrapnel removed because he protected Hodgins with his body. However, Hodgins had suffered something that didn't show up immediately. His injury, combined with the pain killers he was taking, caused him to collapse to the floor, paralysed. 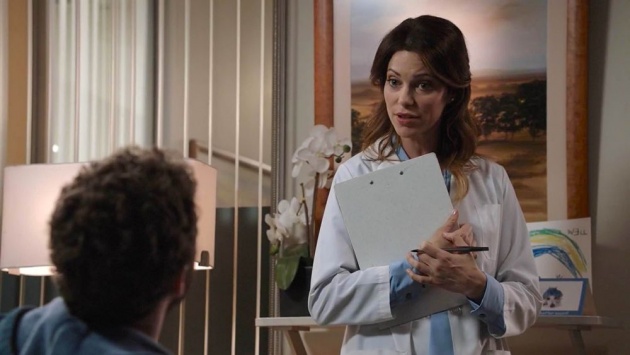 This episode opens in hospital and Hodgins is being helped out of his bed into a wheelchair. After 8 weeks in the hospital, Hodgins is ready to go home. His doctor is going to keep checking on him and Hodgins is certain that she will see regeneration in his lumbar nerves, as he felt a tingling in his feet. The doctor tells him that the hematoma crushed the nerves on his lower spine but he could suffer further damage if he isn't careful. At present, he still has mobility above his waist.

Booth tells Brennan that this is great news as things are going to get back to normal. Brennan is not so certain; she has been reading up on Hodgins' condition and says that he will probably never walk again. Booth tells her that he's seen similar things with soldiers, and that there is nothing more important than hope. Brennan doesn't feel that something both intangible and immeasurable can help. Then she gets a message saying that a city worker has found a body off the expressway.

Wendell Bray Has Been Studying Blowflies

Cam and Wendell Bray are at the lab. The body has suffered extensive predation, probably from rats. It's from a female, probably 24-32 years old and shows signs of being stabbed about a year ago. There is also blunt force trauma to the face, which could have caused a fatal brain haemorrhage. They want time of death, so Wendell, who has been studying this, takes a look and says that the blowflies give a time of death of a day. There is too much decomposition for that to be correct, so Wendell asks what he's missing.

Hodgins, who has just turned up with Angela, says 'Bertha.' Hodgins isn't supposed to be back at work but he made Angela pop by to say hello. Hodgins tells Wendell that he forgot tropical storm Bertha. The storm rained for 18 hours, and blowflies do not fly in the rain. So they didn't lay eggs on the body, putting time of death at around two days.

Hodgins insists that he's staying to work the case. Cam doesn't want Hodgins to do too much, but he finds a broken necklace in the victim's pocket. It has an inscription on it for St John the Divine Catholic Church. Wendell says that they are missing some bones from the fingers and fragments of the skull. Hodgins says that the storm could have washed the bones away, and if they had an expert in such matters, they could determine the location. The expert, of course, is him. Cam agrees, with some reluctance, that he can work the case but he's not back at work. 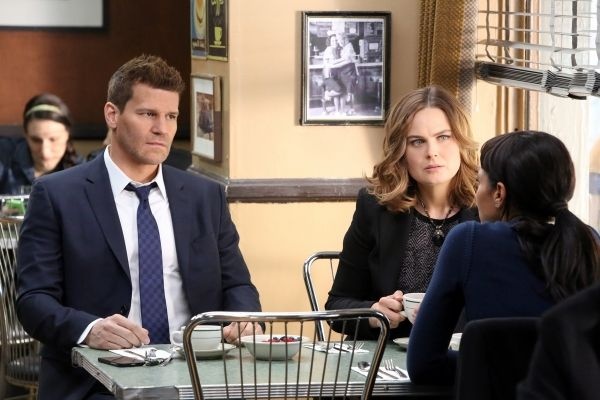 An Attorney at the Public Defender's

The father of the church says that the necklace is the confirmation necklace for Andrea Torres. Booth asks if the person who stabbed Torres could have come back to finish the job. The father says no; it was one of Torres' clients. He was mentally ill, and she got him help. Torres worked as an attorney in the public defender's office. 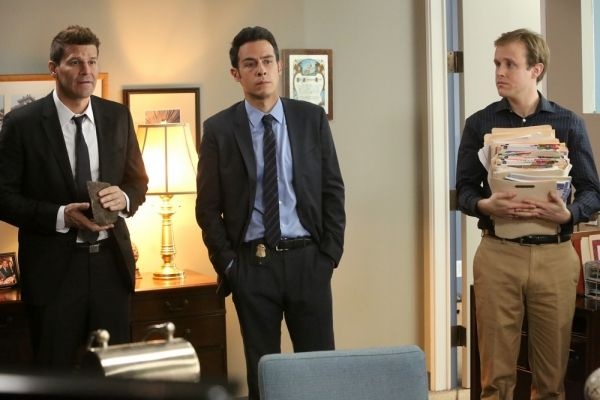 Top of Her Class at Georgetown

Torres was top of her class at Georgetown but chose to work for the public defender's office. Booth mentions that she represented felons and the head of the office corrects him, saying she represented those who lacked the means to defend themselves. Torres had lost a case the previous Friday which she was sure she would win, and her boss says she always took such hard.

Caroline and Aubrey are going through Torres' cases. Aubrey is feeling guilty about Hodgins being in a wheelchair but she puts him straight. She tells Aubrey that he's a hero, and that thanks to his actions Hodgins can watch his son grow up.

Wendell is Drafted in for Fieldwork

Being in a wheelchair, Hodgins is unable to do fieldwork, so Wendell is being his on-site presence with a camera. So they manage to find the missing bones. Wendell tells Brennan that it could be more detrimental for Hodgins to stay home than be at work. He says that when he had cancer, he never gave up. Brennan does not follow the logic or the similarities - the squishy intangibles are rather beyond her.

Torres had no social media activity on her computer but Angela finds something that indicates she had one under an alias. The night before she was murdered, Torres got into an argument with another woman. One of Caroline's prosecutors as it happened. Caroline says that the woman has a temper; she also doesn't appear to have a terribly high opinion of her. 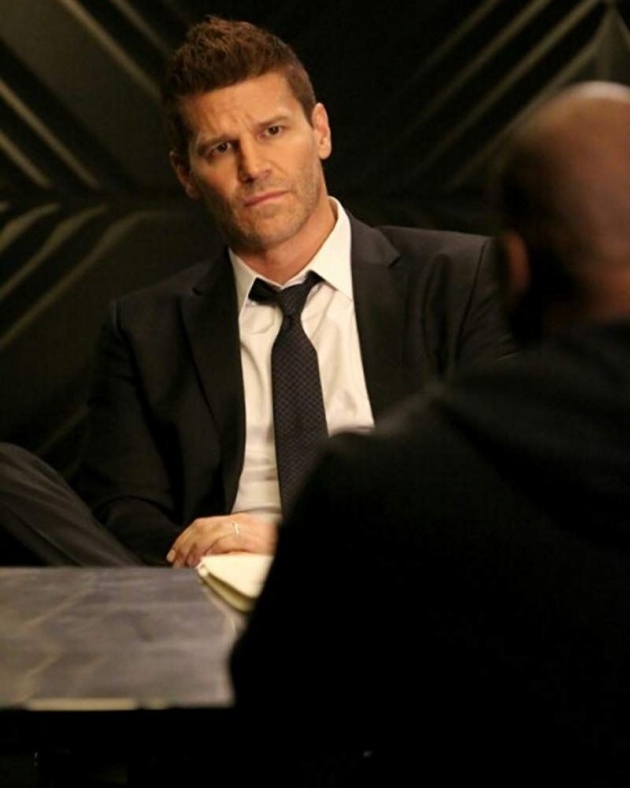 Torres turns out to not be as squeaky clean as she looked, with an occasional drug habit. Possibly due to stress. With the people she worked with, there are a lot of suspects, but no-one is really showing up as being a good one. Plus they haven't identified where Torres died or, for that matter, precisely what killed her.

Hodgins is Full of Confidence

Hodgins really doesn't want to stay at home, but neither Cam nor Angela really want him risking further damage at work. Hodgins is also convinced that his injury will get better.

Bones - The Death in the Defense Trailer