Bones - The Fight in the Fixer 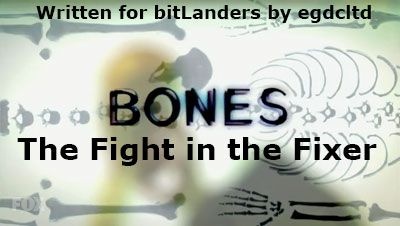 "The Fight in the Fixer" is episode fifteen of season eleven of Bones, the forensic drama television series loosely based on the novels and life of anthropologist Kathy Reichs. In this episode, the body of a fixer used by Aubrey's father is found. 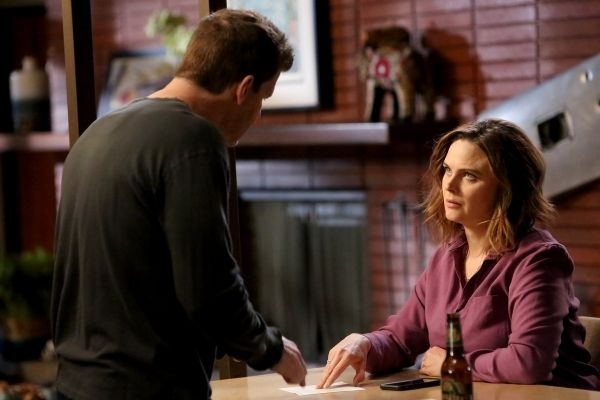 Christine is Doing Well at School

Brennan and Booth are in the diner looking at Christine's first report card. Brennan says that Christine got an E+ which Brennan is pleased with. Booth needs clarification, as that sounds bad - as in above an F. Apparently 'E' means 'Exemplary' - it's confusing when grading systems are changed. Christine has also got an E+ in physical education, something that Brennan was never any good at; Booth says Christine takes after him. He wants to know how Christine did in spelling, as he was so terrible he couldn't even spell the word spelling. Brennan thinks that's sad, but Booth was joking. Christine has got perfect grades across the board. Brennan then gets a message that a body has been brought into the lab after being found in the Potomac. Booth says that means local PD moved the victim from the crime scene, and he knows how much she hates that. Brennan is not going to allow that to get in the way of her excellent mood.

Hodgins' Attitude is Improving, but Dr Wells Make Up For It

The victim is in a large block of ice, and was found by a couple of frat boys doing a polar bear plunge. Angela says that a facial reconstruction is going to be hard, given that the victim lacks his mandible. Cam spots that Angela is wearing a new diamond bracelet and comments she doesn't know who is wearing more ice, Angela or the victim. Dr Wells, who is assisting in his usual less than charming way, comments that it's obviously the victim. Hodgins tells Cam that the bracelet is his desperate attempt to apologise to Angela for what a jerk he's been recently. Finally, at the end of previous episode, "The Last Shot at a Second Chance", Hodgins looked as if he might be improving in his attitude. According to Dr Wells, it's going to take 8 hours and 33 minutes for the ice to melt naturally. Brennan is not going to want to wait that long when she comes in. So Hodgins has an idea.

Karen Delfs Decides to Consult on the Case

Karen Delfs turns up at Booth's office whilst Aubrey is there. She decides to help on the case - which Booth didn't actually want her to do. Booth thinks the dead man is a suicide, but Karen tells him that suicides by drowning drop significantly in winter - the water is too cold. Booth suggests jumping off a bridge, but there's no bridge close to the site and the one that is nearest isn't one of the popular ones. Karen says it's a body dump. The reason she actually came by was to ask Aubrey out for coffee. Aubrey doesn't quite know what to say, as he and Jessica Warren finally kissed - without a nosebleed - at the end of the last episode. 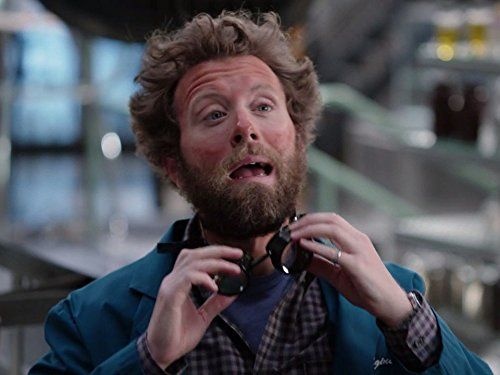 Hodgins' First Experiment Since His Paralysis

Hodgins' idea - his first experiment since he got confined to a wheelchair and the first real interaction he's shown - is to direct the vents from a blast furnace he had lying around from a previous experiment onto the body. Brennan inquires if it's the same blast furnace he nearly burnt down the lab with the previous year. Hodgins replies that it's different circumstances - but yes. According to Oliver, this will take approximately 15.2 seconds. It works, but both Wells and Hodgins are a little reddened by the experience. 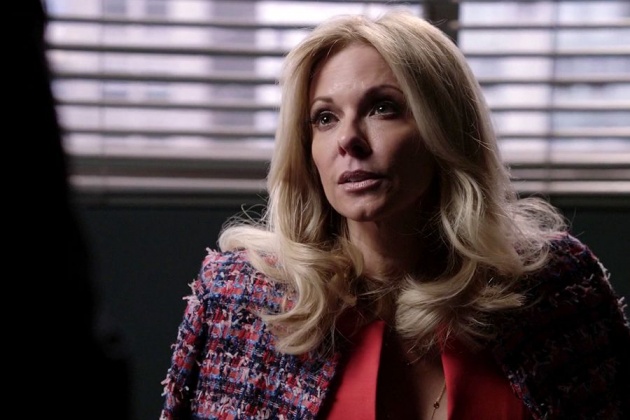 Angela comes in to see Cam, and the latter asks if things are better with her and Hodgins. Angela says they are better, but that the bracelet isn't her. Cam replies that it's totally her, so no complaining. The victim has a tattoo of a woman's face on his arm, so Angela thinks that she can do a facial recognition scan on the tattoo to identify the woman, and thereby the victim. This works, and the woman is identified as a Lissa Bowman. Aubrey recognises the name. She's the wife of a high profile fixer, who dealt with politicians, CEOs and other famous or rich people. The reason why Aubrey recognised the name is because his father used the man, Frankie.

Delfs Thinks Aubrey Should See a Therapist; Perhaps Her

Aubrey takes Karen to the fixer's office, and makes it clear that he didn't mean to agree to have coffee with her, as he is in a relationship. Karen then starts talking about Aubrey's daddy issues, and suggests that he might benefit from seeing a therapist. This, and related issues, come up more than once during the episode.. Because Aubrey's father used Frankie, Aubrey spent time in the office as a child and, because he was on his own and curious, he knows where the hidden files are kept. So these are carted off. 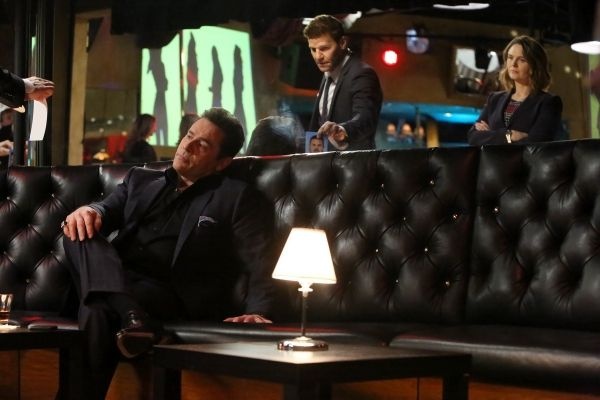 A Crooked Nightclub Owner Who Was Afraid of the Victim

One of the files is to do with Aubrey's father, and Karen things he should look at it. Another thing she repeatedly mentions, and it crops up again at the end. One of the files related to a nightclub owner, Jimmy Naasari, who looks to have broken Frankie's legs a year ago. When questioned why Frankie didn't report the matter to the police, Jimmy says that he wishes Frankie had. For Frankie waged war against him, getting clubs shut down, his son caught with drugs and generally making life nasty. But Jimmy says that he didn't kill Frankie. Booth says that Jimmy was afraid of Frankie and, despite Jimmy's denial, this looks like it's true. Then a blackmail case crops up and it seems that Frankie had a substantial sum of money on him the night he was killed. Which looks like a motive, but who did it.

Dr Wells decides to criticise Christine's art and maths skills. He says that he, too, got exemplary grades across the board at her age - but standards were higher. And he's exemplary in all of his work. Really, it's surprising no-one has hit Wells yet; he makes Brennan look tactful. He also accuses Christine of having falsified one of her grades, changing a minus into a plus. Something that also crops up repeatedly, and causes friction - again - between Wells and Brennan.

Bones - The Fight in the Fixer Promotional Photos