Bones - The Lance to the Heart 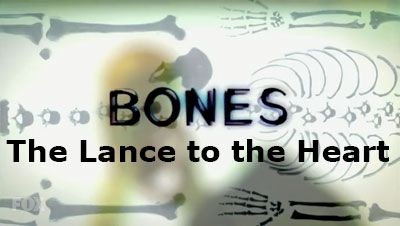 "The Lance to the Heart" is episode two of season ten of Bones, the forensic drama television series loosely based on the novels and life of anthropologist Kathy Reichs. In this episode the team hunt for Sweets' killer and discover a connection to J. Edgar Hoover. 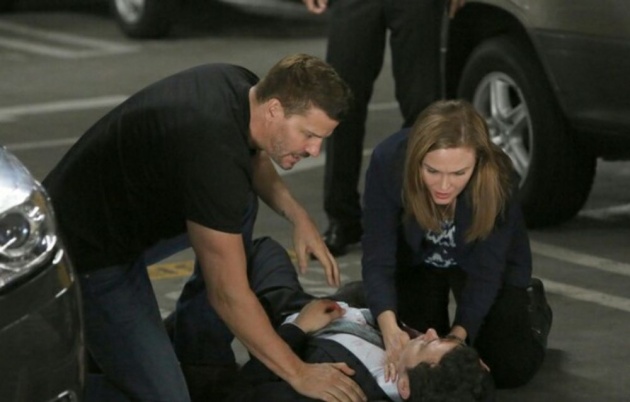 The Death of Sweets

In the previous episode, "The Conspiracy in the Corpse", Sweets was killed by someone as he served a warrant related to the conspiracy that had been revealed by the investigation into the Ghost Killer. Annoyingly, I knew he was going to die, as a search for a different episode from a different season on YouTube brought up the death scene as the top result. I also knew he was going to die in that episode, thanks to briefly noticing the brief details for this one on IMDb. As a result, I spent the entire episode waiting for him to die.

The episode opens with Booth and Brennan at home, both making phone calls. Booth is checking hospitals to see if Sweets' killer is there, because Sweets had wounded him and left a blood trail. Brennan is talking to Cam about Sweets' autopsy. Booth is blaming himself for Sweets' death and says that he should have served the warrant himself. Booth wants to catch the killer, and end the conspiracy, for Sweets. Then Christine says that she is ready, because Uncle Sweets and Daisy were taking her to the park today.

At the Jeffersonian, Clark is finishing removing the flesh from Sweets' bones when a very pregnant Daisy arrives. It had been revealed in the previous episode that Daisy was pregnant with Sweets' child. Daisy wants to know what she can do to help. Clark says that she doesn't need to be there, but she couldn't wait in the empty apartment. So Clark gives her the bones to rearticulate. 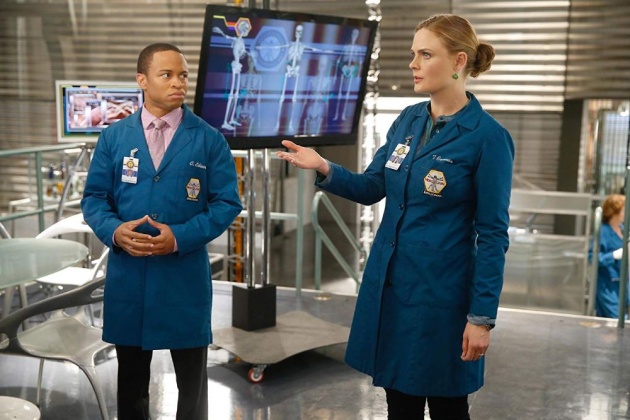 How to Kill a Conspiracy

Clark and Brennan examine the bones and Sweets' killer would appear to have used military training against him. According to Cam, Sweets died of a torn aorta, caused when the attacker hit his chest and damaged his ribs. Hodgins says that they need to stop the conspiracy by taking out its central nervous system. Brennan says that it isn't a living organism, but Hodgins disagrees - it grows just like a living thing. Which Angela says is brilliant; she can map the connections between those blackmailed, just like DNA. 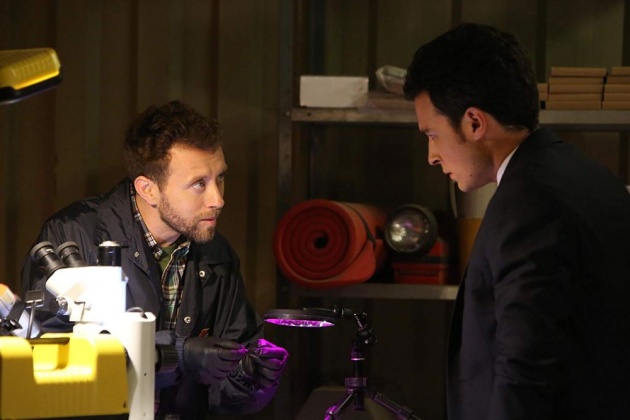 The Car the Killer Used

Hodgins also finds some fibre from the killer's shoe, which leads to a rather uncommon Mercedes. Which has been abandoned, and was stolen as the owner is out of town. Booth is accompanied by FBI special agent James Aubrey, and there's a blood trail leading from the car. Booth says that the killer would have gone to high ground - a nearby roof.

Sweets' Killer is Dead, And Aubrey Recognises Him

There is more blood on the roof, and a body. Sweets' killer is himself dead. And Aubrey recognises him as Kenneth Emory who went to Quantico with him, before he left to join the SEALs. Emory's body doesn't have the documents from the warrant that Sweets served though. 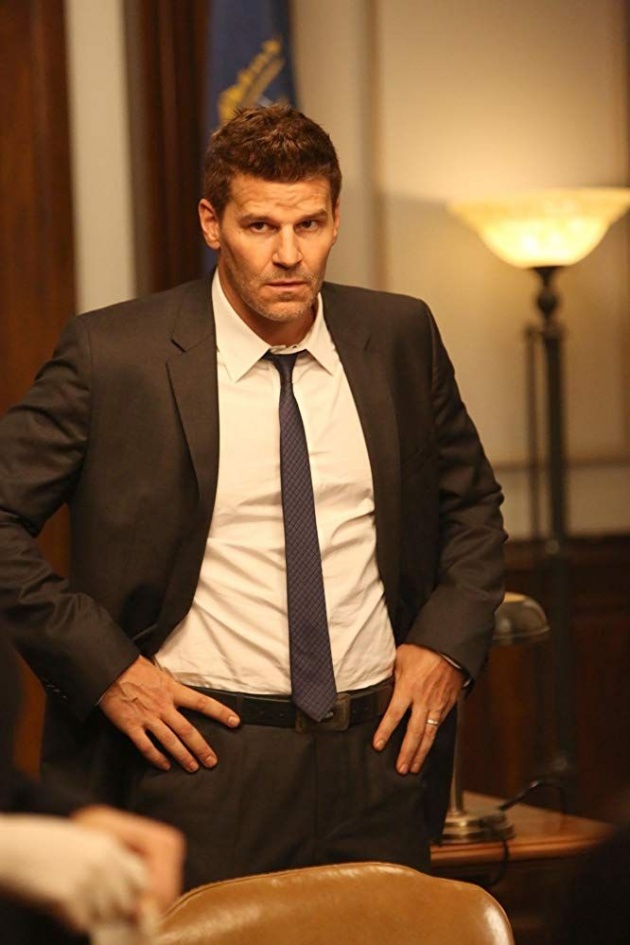 Booth's Boss is Glad He's Back

Emory was accused of assaulting a female cadet a couple of months into training. Then the accusation went away, as did Emory himself. The conspiracy in action. Stark is glad to have Booth back, and is not bothered about getting regular reports. Caroline says that's to try and get Booth to trust him. There is still not enough evidence against Sanderson though. 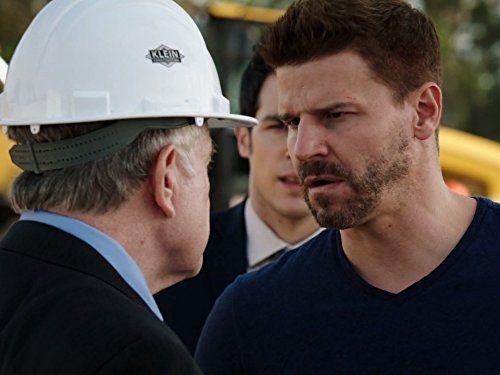 Emory was also killed with a small knife that was stuck in through the bullet wound. Whoever took the documents was cleaning up loose ends. Booth decides to annoy Sanderson - which he succeeds at - so that he may make mistakes. He also arms up, and Brennan is not happy, because she believes Booth intends to go after and kill Sanderson. Which she says is not him.

There is a connection to the legendary secret files of J. Edgar Hoover, which means the conspiracy goes back much further. Whoever is in control now appears to have expanded the blackmail operation. Hodgins had kept some of Cooper's remains, which may hold the key to solving the case. Things are not easy, though, as the one running the conspiracy has an extensive network of blackmail victims who can simply get evidence to go away. To get justice for Sweets, they need to think like he did.

Bones - The Lance to the Heart Trailer