Bones - The Life in the Light 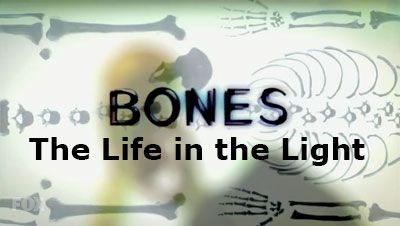 "The Life in the Light" is episode twenty-one of season ten of Bones, the forensic drama television series loosely based on the novels and life of anthropologist Kathy Reichs. In this episode, the body of a former biker enforcer, ex-con and now yoga instructor is found after a forest fire.. 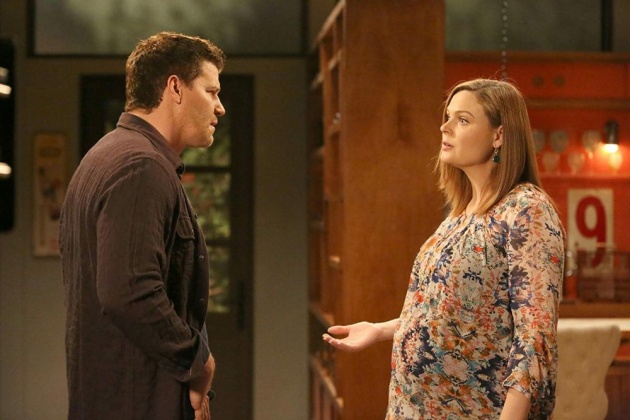 Booth is Finally Dealing With His Addiction Properly

Booth is at Brennan's house (they are still living apart) looking around. He seems a bit odd, but he's actually looking for Christine, who is hiding from him. Brennan then comes home and Christine asks if her daddy can stay, but Booth says he has an important meeting to go to. In the previous episode, "The Woman in the Whirlpool", Booth finally starting participating in his meetings - up until the end it had looked as if he was just going through the motions. Brennan gets a call about a body that has been brought into the lab, and has to go. Booth says he will stay and look after Christine but Brennan tells him his meetings are important and that she will get Max.

The Bones Are Red

The remains were found by volunteers cleaning up after a forest fire that had been fought for three days in George Washington National Park. The bones are red, not black; Hodgins says that this is because of the red slurry that was used to fight the fire. Wendell Bray discovers fractures on the bones that appear to be post-mortem, and which Hodgins remarks were probably caused by the weight of the red slurry.

Booth is Coming Up For His 30 Day Chip

At Booth's meeting his sponsor, Gavin, tells him he's coming up for his 30 days chip. Which is apparently a big deal. Gavin is getting a cake and writing a speech and he asks Booth if he wants to invite Brennan. Booth doesn't seem to want to; Brennan, when she discovers that 30 days is a big deal, is a bit upset by this.

The remains belong to a male in his mid to late 30s, who Angela says was probably a cyborg going by the giant metal plate in his head. There are more metal plates in the body, which Brennan says are typical signs of the injuries from a motorcycle accident. Traces of gasoline are also found on the remains, and they body may be the source of the actual forest fire. Setting fire to the remains would only be done to hide something, so the victim probably wasn't a hiker who got caught in the fire.

An Ex-con and Former Biker

Aubrey gets a hit from Angela's facial reconstruction in the DC criminal database. The dead man was an ex-con, who had multiple charges of felony assault and grand theft auto. He was the muscle for a small biker gang, but one that had been laying low since its leader went to prison on felony racketeering charges five years previously. Said leader, Dale Brock, was released from prison four days ago. The day the victim died. Brock tells Aubrey and Booth that the dead man was in a really bad motorcycle accident six years ago, one that you couldn't get back on a motorcycle afterwards, and that Brock hadn't seen him in years.

A bracelet on the victim's list bore the Sanskrit symbol for warrior. It turns out that the man had gone from biker gang muscle to being a yoga instructor. Brennan says that the yoga could have started as a way to get back into shape after his injury. 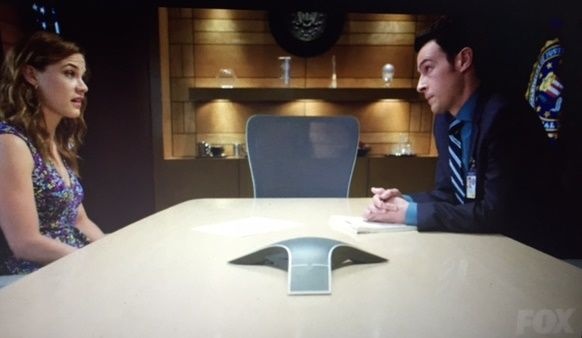 An Open Relationship and Plenty of Suspects

Nan Roselick, the girlfriend, said that he had gone on a silence retreat into the woods. A yoga place just down the road had also shut, and many of the clients had moved to the victim's place. The man who used to own it insists he was the victim's friend. There are also photos of one of the victim's students, shared through a vanishing photo site, but the student claimed that the instructor was in an open relationship. Which the girlfriend agreed with. There are a number of potential suspects, but no definite motive and no cause of death. 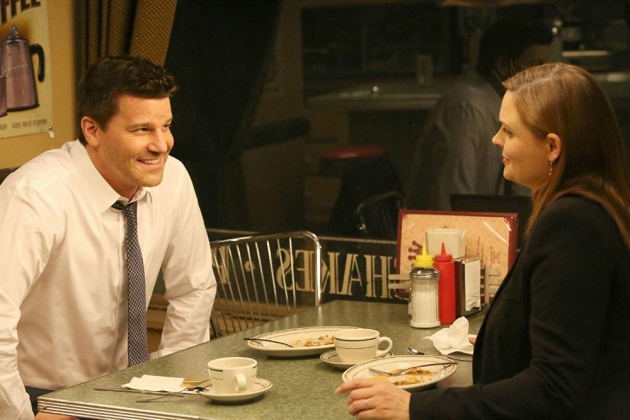 Hodgins finds Angela's passport that has her real, hated name, on it. So he finally discovers that Angela's real name is Pookie Noodlin. Not really surprising that she doesn't answer to it. Angela is still interested in moving to Paris. Everyone at the lab, and Aubrey, want to know how Brennan and Booth are doing. To the point of awkwardness at times.

Bones - The Life in the Light Trailer