Bones - The Maiden in the Mushrooms 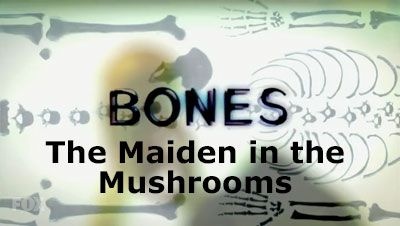 "The Maiden in the Mushrooms" is episode twenty-one of season eight of Bones, the forensic drama television series loosely based on the novels and life of anthropologist Kathy Reichs. In this episode, a woman working for a reality TV show is found dead in an abandoned building.

Not What You'd Expect to Find on a Treasure Hunt

A couple are in an abandoned factory as part of a treasure hunt, one that has been professionally planned apparently. The woman is more into it than the man. In one room there are mushrooms, and they start digging in them looking for a clue. The man finds something that he says feels like a body and pulls it out. He was more right than the knows - what he pulled out is a head. The couple leave.

Booth brings Christine home with some artwork, which Brennan sees the influence of Impressionism in. According to Booth, they have been called in to see the school director. Not because the director has recognised Christine's artistic talent, which is what Brennan thinks, but because she bit another kid. Which Brennan says isn't possible - mostly because Christine is her daughter. Brennan has problems with this through the episode - and suggests the other child has a history of false reporting. Brennan plans to challenge the claim with empirical evidence. Because Brennan doesn't believe that Christine is average, and therefore cannot exhibit average behaviour. Brennan gets a little too in depth over this. 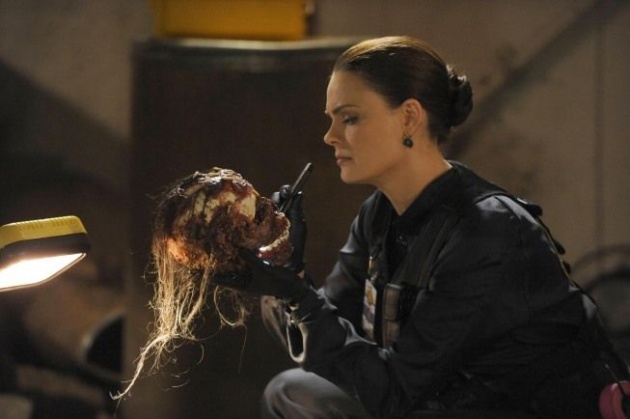 Probably Not a Homeless Victim with Expensive Shoes

The victim in the mushrooms is female, and according to Hodgins has been there between 20 to 30 days. There have been no reports of people missing in the area, so Hodgins suggests she could be homeless. However, the dead woman has a manicure and shoes that, according to Cam, are from a designer. And expensive. So, not the sort of person you'd expect to find dead in a pile of mushrooms in one of the worst neighbourhoods in Washington. 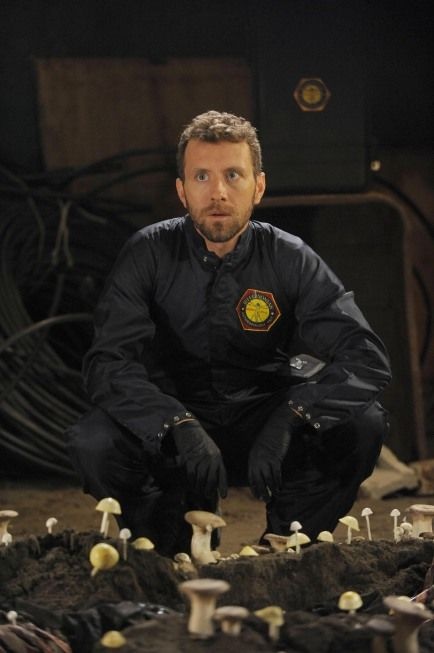 Hodgins suggests that some of the mushrooms could be sold; he and Angela are not that well off financially after Christopher Pelant disposed of all of Hodgins assets in "The Corpse in the Canopy". Which hasn't been mentioned much since; it seems that Hodgins' entire company collapsed after Pelant's actions. Hodgins would like just a little more money. 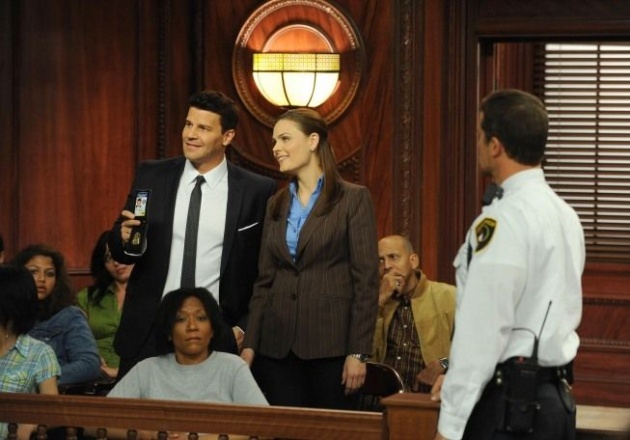 Living Beyond Her Means

According to Sweets, the victim was living beyond her means, which he gets from analyzing her clothes; the shoes were expensive, but didn't fit well and the clothes were altered at home (Sweets ends up demonstrating lots of knowledge of clothing). He says she was putting on a false front. Angela finds a missing persons report after a facial reconstruction that is a possible match. The person, Rebecca Pearce, was reported missing by Judge Trudy of Citizen's Court - a reality TV show filmed in a small claims court. Brennan does not get the appeal of the show, which both Angela and Cam watch. 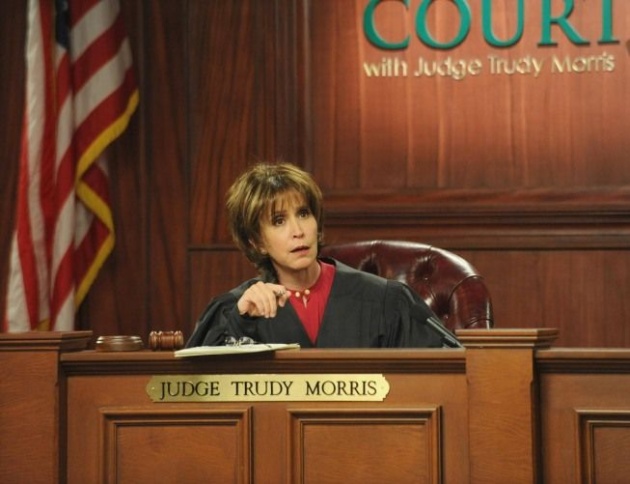 Out Looking for Claimants

Pearce was the producer of the show and the judge and the interim producer, Jill Roberts (Warehouse 13's Allison Scagliotti), said that Rebecca could have been in the bad area recruiting claimants for the show. Rebecca had previously been dating the show's bailiff. They had been seeing each other for four years, but broke up due to pressures of the show. Rebecca had got a lot of threats from people on the show, those who lost. She would get people riled up prior to the show, so they blamed her for losing. Which leads to an obvious suspect, one who has a history of losing control, and lived two blocks from the crime scene.

Cause of death proves difficult to determine and Rebecca shows signs of prior injury. A man she met through an online dating site (who Sweets says looks 12; given that Booth frequently ribbed him about his age, that's a change) had a restraining order taken out against him, and he had sent her some creepy images. The man shows definite stalkerish tendencies, but he might be too obvious.

Finn gets annoyed with Hodgins for finishing off the last bottle of his grandmother's hot sauce. When Hodgins suggests Finn gets his grandmother to make some more, the former says he can't. Because she's dead. Which makes Hodgins feel bad. So he analyses it so it can be replicated. Which results in a guest appearance by Susan Feniger - a celebrity chef - as herself.

Bones - The Maiden in the Mushrooms Trailer