Bones - The Master in the Slop 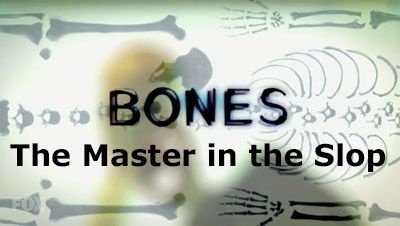 "The Master in the Slop" is episode fourteen of season nine of Bones, the forensic drama television series loosely based on the novels and life of anthropologist Kathy Reichs. In this episode, a dead chess master has been fed to some pigs and Dr. Filmore reappears.

Waffles and the Need for Genuine Victories

Booth and Brennan are at home and Booth is making waffles. Booth says he should write a thank you to the inventor of waffles; Brennan says that the first reference was from a 14th century man. Who is long dead, so Brennan says that he doesn't need a thank you note. Brennan is also concerned because Christine got an award for coming 15th in an egg race. Brennan isn't pleased because there were only 15 competitors, which means she lost. Brennan feels that children need to understand what losing is. Max used to play her at blackjack and he never let her win - and in fact took her allowance. Booth does not think Max is a good example. Then Brennan gets a call about a body and heads into the lab. 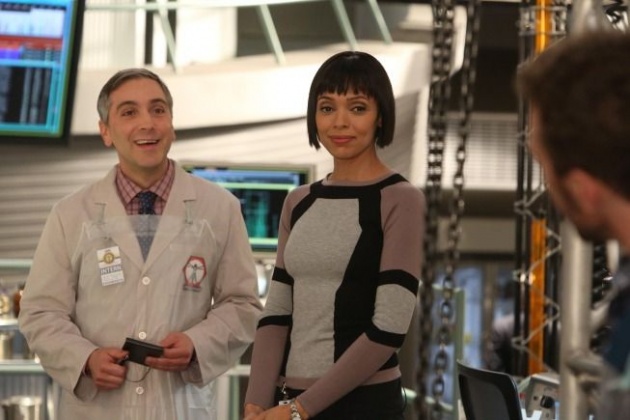 They have a number of pig troughs and Hodgins is rigging up a filtration system, but Brennan starts rummaging in the troughs anyway. The farmer was woken up by the sounds of the pigs eating, and stopped them before they finished eating the remains. 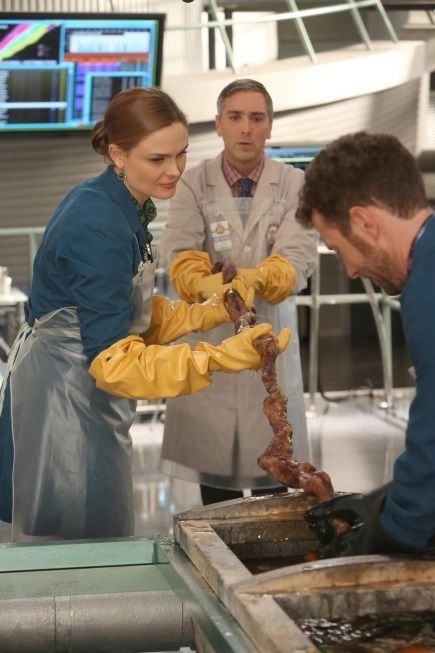 Dr. Filmore is Writing a Report for the FBI and RCMP

Brennan wants an intern, but what she actually has is Dr. Filmore (which once again brings up the 'Canadians are nice' trope). He is writing a report for the FBI and RCMP on cooperation between the U.S. and Canada in the forensic sciences. Brennan says she can't allow that, as they are in the middle of an investigation. So Filmore makes a note for his report. He has also just completed his PhD in forensic anthropology, so is qualified to help. So he does. Filmore also knows that pigs eat human bones, because he grew up on a farm. This wasn't an accident as the victim was dismembered and, in something that can be seen coming, the filtration system gets jammed and things get a bit messy. 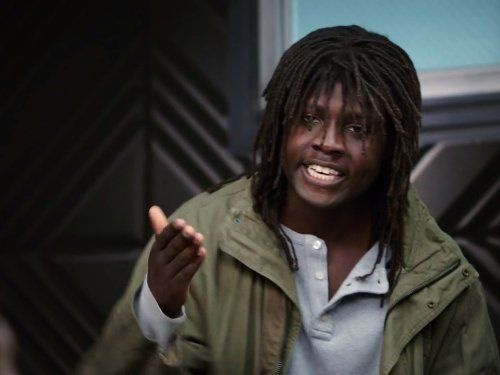 The Obvious Suspect is too Obvious - Of Course

The evidence leads to a man who fed his victim to pigs to eat but got away with it. So he might have done it again. Except he is found really quickly, and says that he is being setup. The man admits dismembering the victim and feeding him to the pigs, but says someone tossed the dead guy into his back yard. He does remember what the man looked like, so helps identify him.

The dead man was an Albert Magnuson, a chess player that Sweets recognises. Magnuson was making a lot of money - with chess possibly becoming an Olympic sport, firms were getting on the bandwagon - but all the money was controlled by Suzanne Levitt, the woman he lived with and who was going to marry him. Which is a financial motive, but Levitt points them at Magnuson's ex-wife, who burned down his apartment. 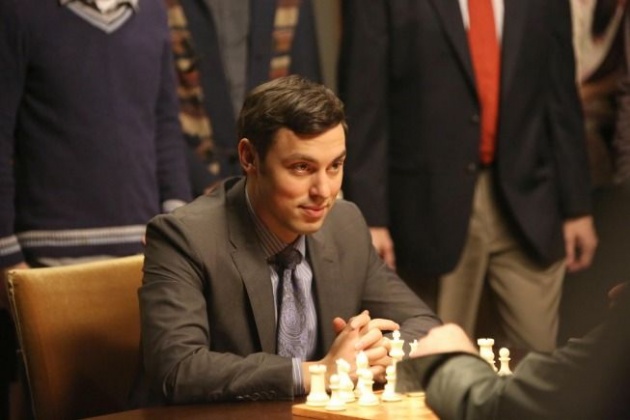 Chess Players Have the Required Skill Set to Plan a Murder

Sweets used to be a chess player - and apparently a very good one - and goes to the chess club where Magnuson was last seen alive. An which turns out to be where he was killed. Sweets says that Magnuson had a lot of enemies at the club, and Brennan agrees that the murderer could have been another chess player, as chess players have the necessary skill set for planning a murder.

Cam approaches Angela and tells her that Science Monthly is honouring her as an outstanding woman of science, not Brennan this year. Cam is a bit uncomfortable with this. Brennan, going back to her views on winning, doesn't quite take this well, but it is resolved in an unusual way.

Bones - The Master in the Slop Trailer