Bones - The Movie in the Making 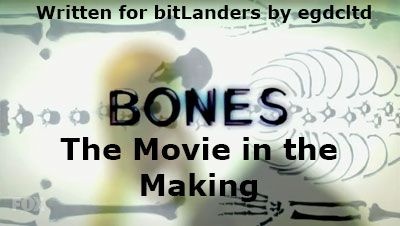 "The Movie in the Making" is episode eighteen of season eleven of Bones, the forensic drama television series loosely based on the novels and life of anthropologist Kathy Reichs. In this episode, the team are shadowed by a documentary crew through a murder investigation.

One of the Most Successful Collaborations in Law Enforcement

The episode opens with a woman sitting and talking in front of a screen with various pictures of the team in the background. The woman says that the partnership between the FBI and the Jeffersonian Institute's forensic division has resulted in 215 murder convictions over the past decade, making it one of the most successful collaborations with law enforcement in history.

Following the Team Through a Murder Investigation

The woman says that, in order to better understand the partnership, she was granted permission to follow the team through a murder investigation. She then introduces herself as Alex Duffy, and the programme is America in Profile, and the credits for that programme roll.

Not a Mouldy Cabbage

The documentary starts talking to a worker at a landfill site. He says that he felt as if someone was watching him, and looked around, finally seeing what he thought was a mouldy head of cabbage. As he got closer, he realised that the cabbage had a lot of teeth, and wasn't a cabbage but a person. The man says that a couple of people showed up, the man questioned people and the pretty woman had a look at the scene. He assumed they were cops but, by the way they were arguing, he assumed they were married. 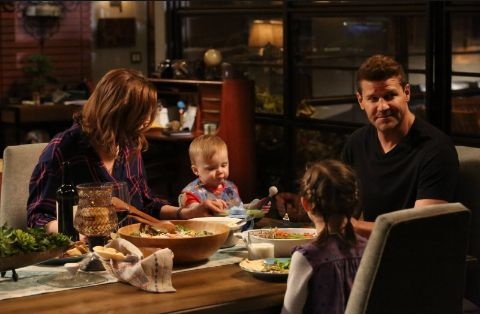 Debates So Healthy Booth Sometimes Sleeps on the Couch

Brennan and Booth are being interviewed on the couch in their home. Brennan says that it wasn't an argument, simply a healthy debate; Booth says that their debates are sometimes so healthy he ends up sleeping on the couch. They then introduce themselves and what they do. Brennan says that, even though she's now married to Booth and the mother of his children, he still calls her Bones, a nickname she despises.

Cam is at the lab and tells the camera that, after being removed from the crime scene, the remains are brought to the medical legal lab. Hodgins greets her and says that they have a ripe one today. Cam tells him to show respect for the dead - and call her Dr Saroyan. Regarding the smell, Cam says that when she first started working, she had to rub peppermint oil on her upper lip to help. Hodgins' idea was to grow a moustache; it didn't work. Hodgins then says that every so often one does get through, recounting one to Cam where the victim was found in a vomited up puddle of their own flesh. Which he also comments as being pretty awesome - from a microbiology point of view.

Is it Murder? Booth's Gut Thinks So

Booth is in his office and says that, much as he loves Hodgins, he's a bit weird. He starts talking about squints and is squinting when Aubrey comes in. Aubrey tells Booth to do his impression of him, but Booth says that he can't - he doesn't have any food on him to stuff in his mouth. Aubrey claims he doesn't eat that much, but a close up with the camera shows he still has food in the corner his mouth. A discussion over whether it's murder follows; Booth says it's suspicious when a body turns up in a landfill. Aubrey gives an example where it wouldn't be - a homeless person chooses the wrong bin to sleep in - but Booth says that his gut thinks it's murder. 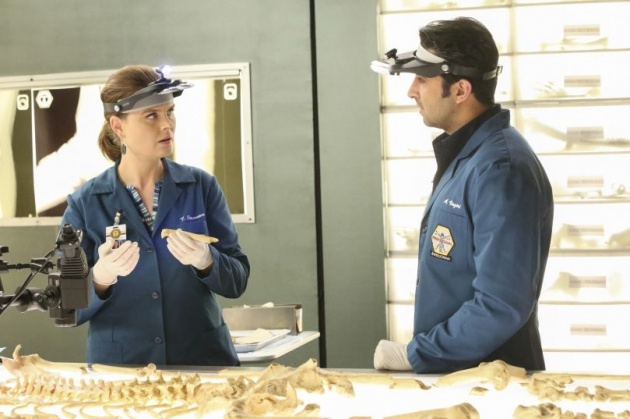 How a Gut Can Say It's Murder

At the lab, Arastoo is helping Brennan. She says that the only time a gut can say it's murder is if it's full of poison. Arastoo suggests a stab wound too. Then a gunshot. Cam arrives and says that her analysis of the lung tissue shows no trace of particulates, meaning the victim was dead when they were dumped. So, murder. 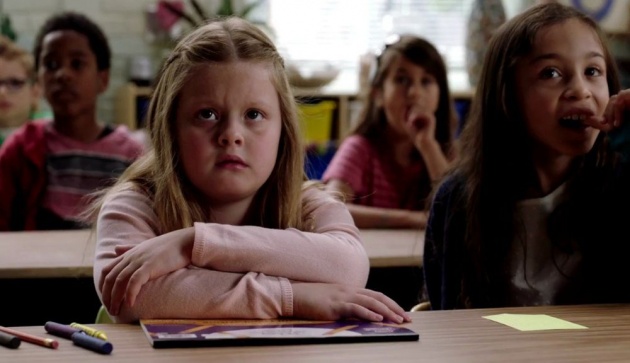 Not a Suitable Presentation for a Class

Brennan does a presentation for Christine's class on what she does. She explains that she studies skeletons, because they can tell everything about a person. Brennan has helpfully brought a video of beetles defleshing a skeleton to show the class. This does not go that well. 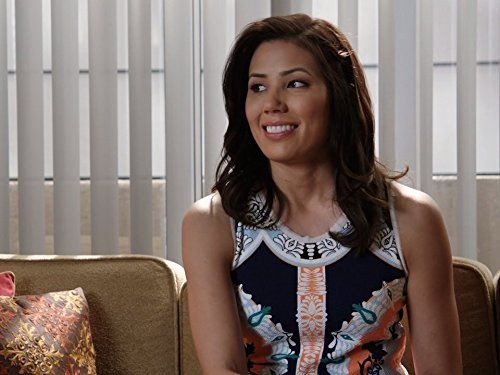 King of the Lab!

Angela introduces herself as a forensic artist and says that the victim's skull was too badly damaged to get an ID. The shirt, however, shows a logo for American Pie Pizza. Hodgins sorts through the trash and dates the body dump to Jan 12, 2006. And calls himself King of the Lab. Others get interviewed about this, and it seems Hodgins has called himself king of quite a few things in the past. 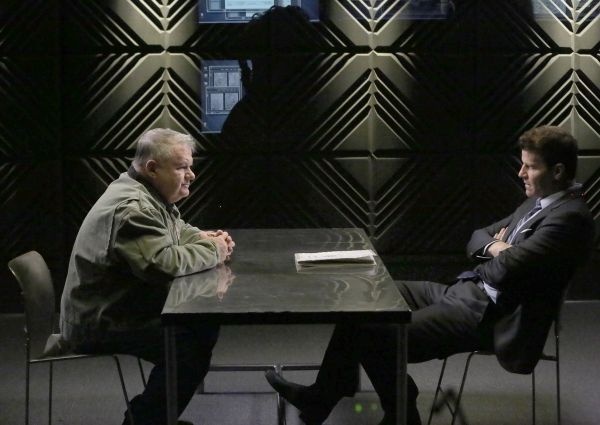 Aubrey visits the pizza place - buying one in the process - and it seems a Brandon Bloom used to work there as a delivery driver. Brandon's father never reported him missing. Booth says this is difficult, because it looks as if Brandon may have been abused as a child, so he has to both tell the father that his son is dead, and treat him as a suspect. This doesn't go well; according to the father, Brandon broke a lot of bones falling off skateboards and BMX bikes. There are a few suspects, but cause of death needs determining as well.

An Odd Episode All Told

There are quite a few interviews with the team, and Cam keeps trying to avoid the personal stuff, and there are some awkward moments between her and Arastoo. Brennan is being typically self-confident, and regarding Christine she's assuming she will go into forensic anthropology. Hodgins is typically enthusiastic about the various things he is examining. The subjects of Zack, Mr Nigel-Murray and Sweets are all brought up as well. An odd one with handheld cameras being used and moved around, and Cam finally admits something about her personal life.

Bones - The Movie in the Making Trailer