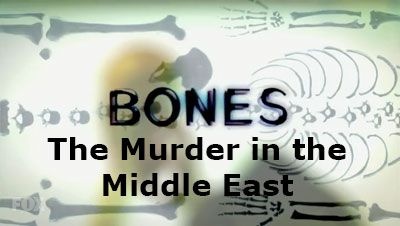 "The Murder in the Middle East" is episode nineteen of season ten of Bones, the forensic drama television series loosely based on the novels and life of anthropologist Kathy Reichs. In this episode, Booth and Cam travel to Iran to find a kidnapped Mr. Vaziri and end up in a murder investigation.

Falling Down the Stairs

This episode opens at night on Tehran, Iran, and in a large house a mostly unseen figure pushes a man down the stairs. The man lies dead at the bottom and the figure leaves.

Booth is at home when he gets a call. The person at the other end says that he owes 15. In "The Eye in the Sky", Booth had gone undercover at a poker game - and had started gambling again. When Brennan enters, Booth asks her about surgery related to baseball players, asking about how quickly someone would recover on not enough therapy. Brennan answers, but Booth is actually doing research for a bet. A bet he probably shouldn't make, going by what Brennan had told him.

At the Jeffersonian, Cam is speaking to Mr. Vaziri on the phone. In "The Baker in the Bits" Arastoo had returned to Iran because his brother was dying. Now, he's buying his brother ice cream, as he's in full remission. So Arastoo will be returning a week from today. Then he notices someone apparently watching him, and Mr. Vaziri tells Cam he thinks he's being followed. Cam wants to know if someone has dug up his record, but he replies he doesn't have one. Mr. Vaziri evades the potential follower - then two more men grab him and bundle him into a van whilst he is still on the phone.

Cam tells a staffer to get Angela, Hodgins and Booth. When Hodgins enters, Angela and Cam are still listening to the phone, as the line is still open. Cam is also recording the call. Aubrey arrives, because Booth is calling up an alphabet soup of agencies who may be able to help. There's no GPS and Angela says she isn't good enough to hack into Iran's telecommunications network. Then the line goes dead. 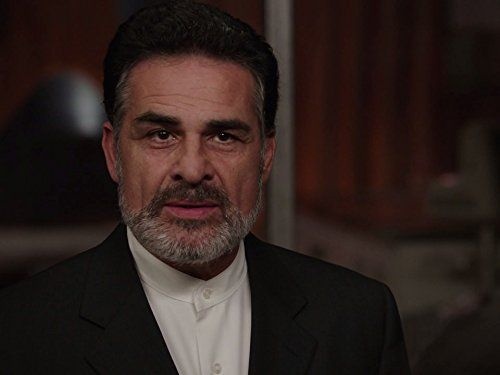 Mr Vaziri is Threatened with Imprisonment

Mr. Vaziri is brought into a room in some type of surgical facility where there are human remains on a table. Then another man enters, one Arastoo recognises as Majid Namazi, who is in the parliament of the Islamic Republic. Arastoo demands that he be allowed to leave as he is an American citizen, but Namazi tells him that in Iran he is an Iranian citizen and an edict was issued against him in 1997 for being a threat to national security (he wrote a poem). Mr. Vaziri says that the edict was never issued and is told that was an oversight that is easily corrected. Which would result in him ending up in prison. Unless an arrangement can be made. 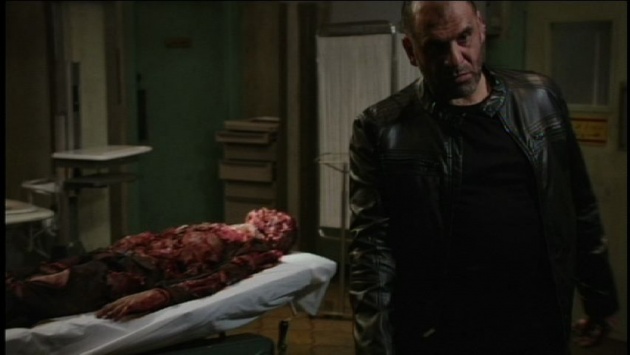 Arastoo Has Been Kidnapped for His Professional Expertise

Namazi says that Arastoo has got a reputation for being an expert in forensic anthropology, and wants him to prove it by examining the remains. Arastoo does a surface evaluation and correctly identifies the body as belonging to Namazi's son. His only son, Darius. Namazi wants to know what happened to Darius. 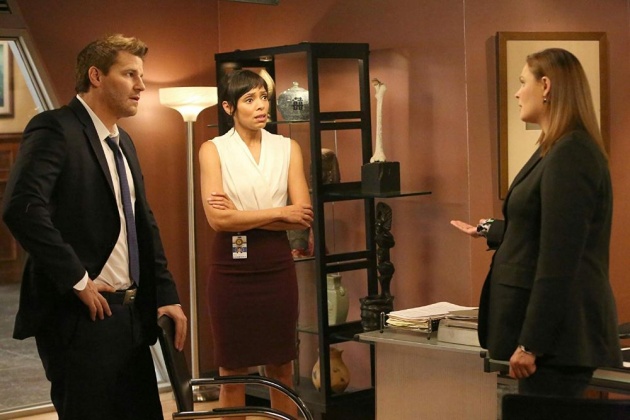 Booth and Cam Head to Iran

Booth is not managing much because the U.S. has no diplomatic ties to Iran. Cam is going to fly out anyway but Brennan informs her that it could take 15 days to get a visa. However, Brennan says that Booth's CIA friend Danny could get one in hours. Brennan also says that she will accompany Cam; Cam can't go alone, Brennan has contacts from various archaeological digs and speaks fluent Farsi. Booth tells Brennan she can't go, because she's pregnant - he will go instead. Hodgins, Aubrey and Angela use the recording made to locate Arastoo in an abandoned cosmetic surgery clinic. 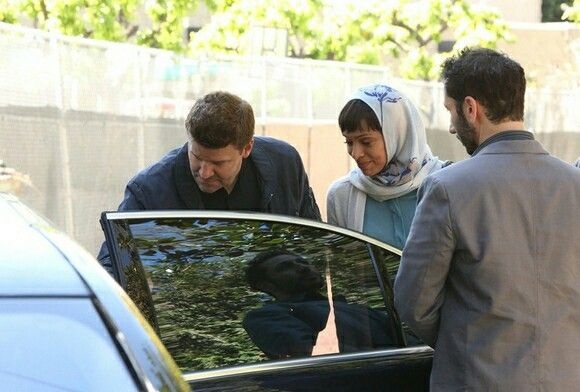 Danny had arranged for a contact to meet Cam and Booth in Iran. This contact leads them straight to Namazi, who gives them two tickets back to the U.S. Booth asks what if they could help; if Namazi is keeping Arastoo, they want his skills, and Cam and Booth can offer the services of a coroner, the Jeffersonian and the FBI. 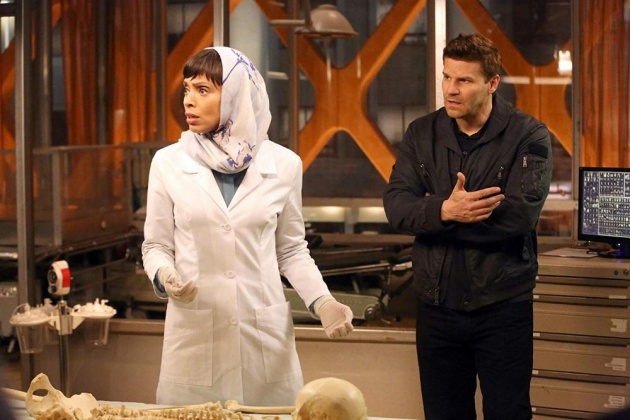 It's Murder, But Who's the Killer?

The official report is that Darius died from a broken neck when he fell down the stairs whilst drunk. His father insists that his son didn't drink. A video link with the Jeffersonian is set up and cam discovers that alcohol was present in Darius' throat - of a common drink among the Iranian youth, even though alcohol is illegal. Brennan quickly identifies that Darius was struck before he fell down the stairs, which means they have proved it's murder. However, Namazi still refuses to let them leave until they find the actual killer. 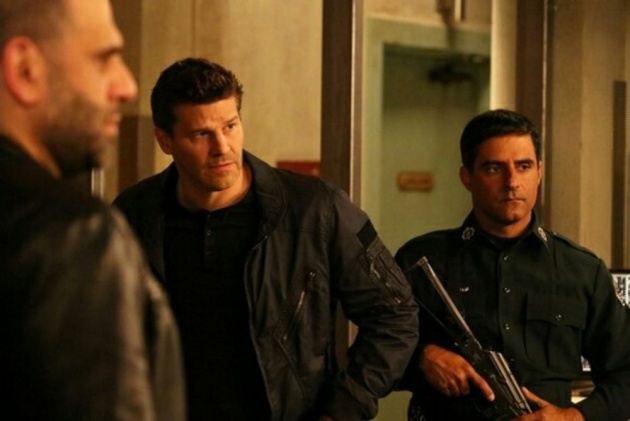 The Uses of Creative Mistranslation

Officer Sanjar Zamani provides assistance, but only because Darius was his cousin, as it's an illegal investigation. Darius worked for a prestigious bank and Booth says that it looks as if someone went in Darius' home office. The president of the bank says that a contractor who Darius refused a loan to made threats as a result, and said contractor had beaten a man before. Officer Zamani creatively mistranslates what Booth says to make him look like a psycho to get the contractor to tell the truth. 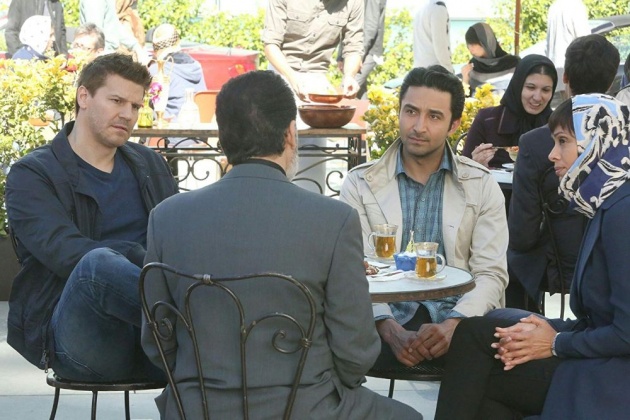 Not a Safe Work Environment

Darius is revealed to not be the person his father thought and those in Iran are having to work behind the scenes in a country where they have no authority and could actually end up being arrested if they aren't careful.

At home, Brennan gets a visit from a Jimmy Kosinski, who tells her that Booth owes him $30K. Jimmy is well dressed, polite - and makes thinly veiled threats to Brennan, worrying her. She's also not happy that Booth is gambling again. This is going to cause problems.

Bones - The Murder in the Middle East Trailer