Bones - The Mutilation of the Master Manipulator 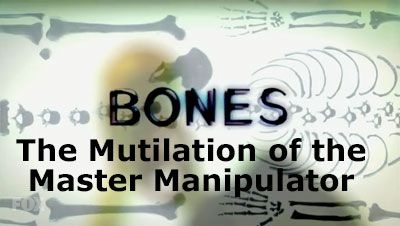 "The Mutilation of the Master Manipulator" is episode nine of season ten of Bones, the forensic drama television series loosely based on the novels and life of anthropologist Kathy Reichs. In this episode, the body of a college professors is found in pieces around town.

Too Few Bones and too Many Particulates

Hodgins, Wendell Bray and Brennan are standing around the examination table. Hodgins asks if that's all they have, for the only things on the table are a foot, a hand and part of a leg. Brennan states that the victim is a Negroid male approximately 6'2" high. Which is quite impressive. Hodgins asks if she can ID the victim. The answer is no. Hodgins says that they have too few bones and he has too many particulates; salmon, chicken, corn, whole wheat flour, additives and antifreeze. Cam says the DNA is viable and all the pieces came from the same person. That person is not in the database though.

Brennan wants the FBI techs to go out looking for more remains and Angela says she will create a map where each body part was found so that they can narrow down the search area. Of the three parts, one was found in a dumpster behind a restaurant, which resulted in rat predation, and another in a garbage can with the lid off. 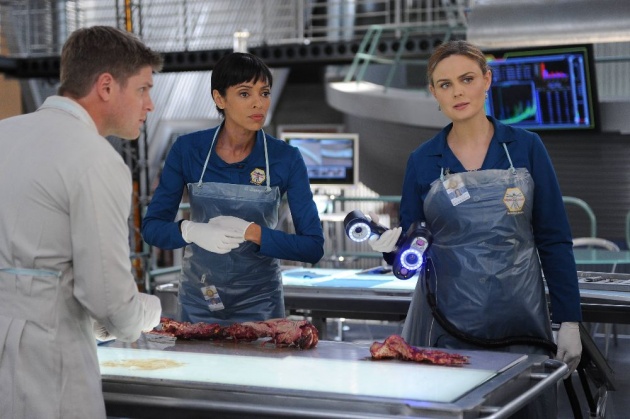 Wendell says that they don't have enough information, and Cam says yes, that means he can make his appointment. Brennan asks why, because they have solved cases with less to go on and Hodgins mentions that it's the last day of Wendell's clinical trial for his cancer. Brennan agrees that he can go. 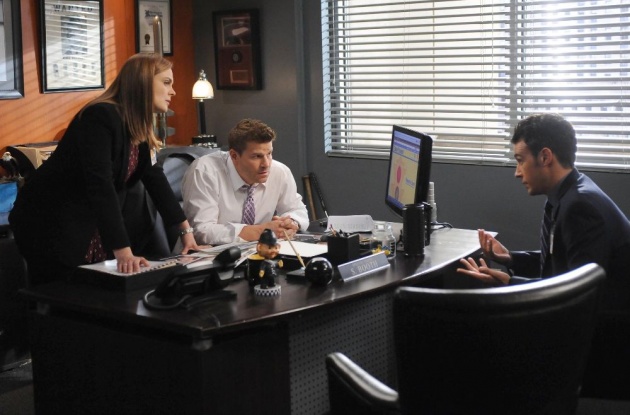 Booth is taking a computerised traffic quiz with Officer Stop & Go when Aubrey arrives in his office. Booth can't go out in the field until he passes traffic school until he passes, and he's left it to the last minute. It seems he's picked up a few tickets.

Booth Sends Aubrey Out With Brennan

Angela has narrowed down the area to search to one neighbourhood where the garbage hasn't been collected yet. It will be collected in 53 minutes though. Booth is going to head out, but decides he has to finish traffic school. So sends Aubrey out with Brennan, to see how he handles working with her. Booth warns Aubrey that Brennan has her own original way of working; Aubrey replies that he likes original. Booth thinks that this will be interesting.

Hodgins and Brennan are sorting through the rubbish from some bins but are finding nothing. Meanwhile, around the corner, two boys wearing crash helmets with cameras on them are preparing to get into a shopping trolley. One starts filming, saying what they are doing is human bowling. When Brennan and the others come around the corner for more bins, they find them standing in the street. Like bowling pins. The two boys on the trolley are hurtling towards the bins and hit, sending a skull flying which Brennan catches. She considers the boys to have been most helpful.

More Pieces of the Dismembered Body

At the Jeffersonian, more pieces of the body have been found in a trash compactor and some in a dump. The victim may have stab wounds and appears to be in his 50s. He also appears to have been dismembered with a reciprocating saw.

Angela does a facial reconstruction, with what she has of the skull. This needs to be pretty accurate, because the victim hasn't been reported missing. So, no pressure. She does manage to identify the victim as a Randall Fairbanks, 51, a professor of psychology at Kenmore College. The college hadn't reported the professor missing because he went on sabbatical two weeks ago. 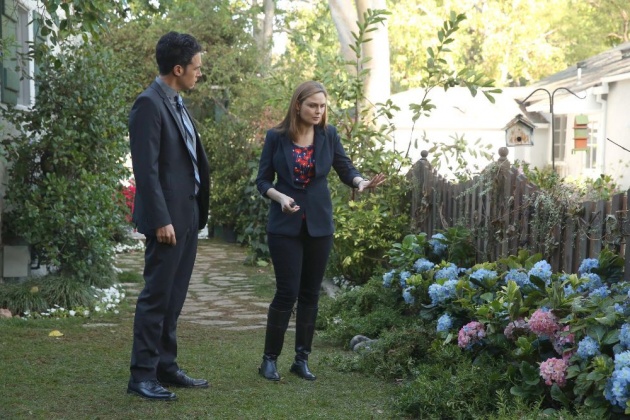 At the professor's house, Brennan says that the hydrangeas are all wrong. Because some of the flowers are blue and some are pink. Aubrey gains brownie points from knowing that the pH of blood is high enough to alter the colour of the flowers; hydrangeas are known for flowering in different colours in alkaline and acidic soils. The soil where they were being grown was soaked in blood. 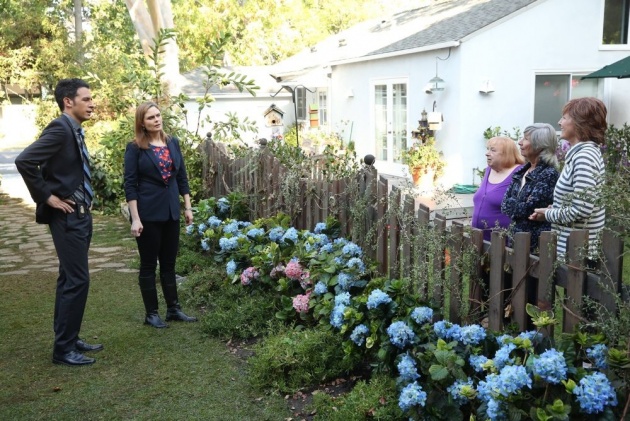 Three old ladies come over to have a nosey. When told that Aubrey and Brennan are the police, they say they heard screams coming from the professor's house every night for years. One of the neighbours has a bird cam; she is watching for the hooded warbler and is a bit reluctant to give the camera up. 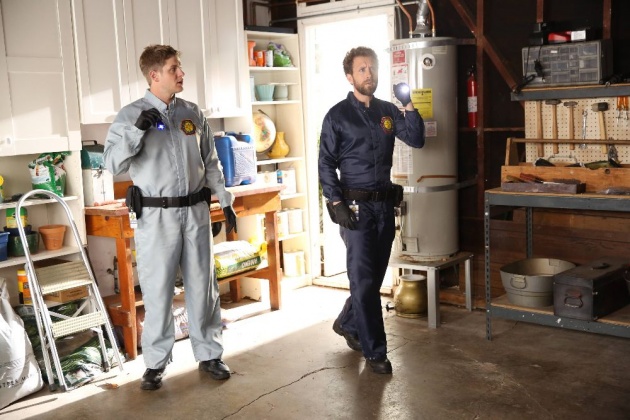 Some Experiments that May Have Left Angry Parties

Blood inside the garage suggests that that is where the professor was carved up. There's also a tablet in the house with a video of a woman screaming to stop, that someone is killing her. Which does look bad. The woman is the professor's grad student, and the video was shot to be used in an experiment researching blind obedience. Subjects, other students, were made to take a test. An unseen person in another room supposedly got shocks during this. The shocks got higher, and some of those taking the test would have killed the subject in the other room. The students who found out ended up traumatised, resentful and vengeful and one went totally off the rails as a result.

Time of death is proving hard to narrow down, plus they are kind of lacking enough pieces to get a cause of death. There seem to be plenty of people with a motive, but did they do it? The real motive is a bit more surprising.

Wendell is asked if he's going to celebrate the end of his trial. Brennan says that many people use alcohol to celebrate. Wendell probably already knew that. There's a nurse, Andie (Shalita Grant, NCIS: New Orleans' Sonja Percy), who seems to like Wendell, and this seems to be mutual. Wendell's brush with mortality has changed him to a degree though.

Bones - The Mutilation of the Master Manipulator Trailer