Bones - The Mystery in the Meat 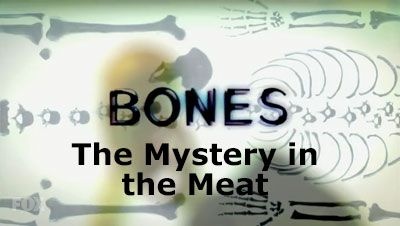 "The Mystery in the Meat" is episode ten of season nine of Bones, the forensic drama television series loosely based on the novels and life of anthropologist Kathy Reichs. In this episode, a stew is found to contain a dead food scientist and Brennan has her bachelorette party. 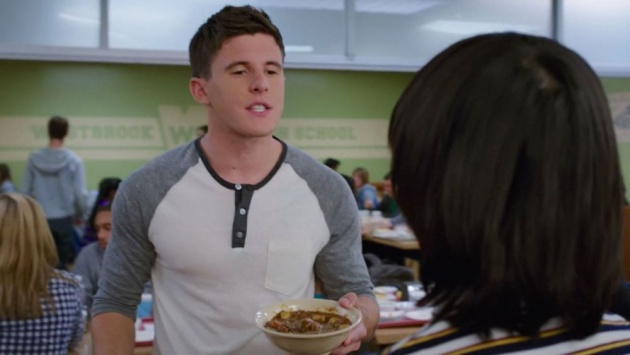 The Stew is Soylent Green

The episode opens in a high school canteen and a teenage boy is asking the server what the food is. She says that it's beef stew. As he goes to find a table, another, larger boy takes the first boy's tray off him. The bully starts eating the stew, making out that it is delicious. Then he pulls a tooth out of his mouth. It's a human tooth - and it's not his. Then he finds an eyeball in the stew and shouts out that the stew is people. Everyone stops eating, and there are more body parts in dishes. Those who have already finished are probably not happy. (Soylent Green is a dystopian film in which the titular foodstuff turns out to be made from human corpses.)

Not a Call You Want to Get Whilst Eating

Booth and Brennan are in the diner and Booth is eating his chilli, saying that it is the best ever (because they are now married). Then he gets a call about the human stew and spits the rest of the chilli out, having lost his appetite. Note: This is not the best episode to watch if you're eating at the start. 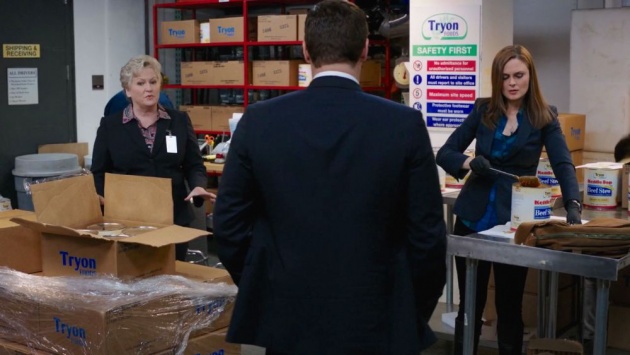 Man in a Can

At the school kitchen, Cam and Brennan say that the human flesh - which appears to be from a male in his forties - has been processed. In other words, it came in the can from the manufacturer. The manufacturers have got all the cans of stew back; the school was the only place to open them. The company's head of R&D says that someone must have fallen into the meat grinder. The stew came up as substandard on the quality inspection, so it was sent to secondary markets - schools - rather than grocery stores. The woman from the company assumes it was a horrible accident, but Brennan says that the deceased was not wearing clothes and was dead when he was put into the grinder. Which means that someone was disposing of a murdered body. 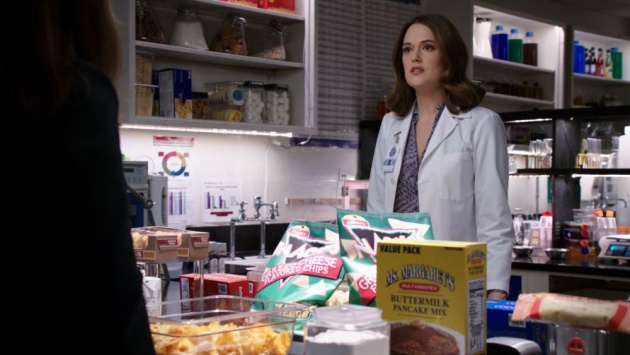 The victim had apparently had specialist brain surgery (Daisy and Oliver Wells are both serving as interns; Wells is still not making friends and Daisy wants to kill him), which leads to an ID - Howard Compton, food scientist. A successful one at that. His business associate Agatha Blume had reported him missing. When Brennan and Booth go and see her, she deduces where Compton was found simply from smelling it on Brennan. She apparently has an extraordinary sense of smell. Blume is rather rational and unemotional, which reminds Booth of someone. Brennan doesn't see any similarities, but likes her. According to Blume, Compton was working on something valuable. 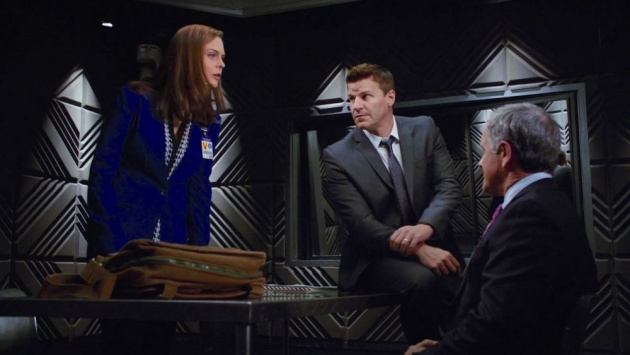 The Company's CEO Wanted to Hire the Dead Man

It turns out that the stew didn't fail quality inspection due to containing human meat, but because it was over spiced. Which is kind of worrying. The CEO of the company that made the stew wanted to hire Compton on staff and put him as head of R&D. Displacing the woman who currently is. Which is motive. Compton had had some stalker problems before his murder, some of which was reported to the police.

Not a Food Product

Hodgins and Dr. Wells spend some time tasting the products that Compton was working on. Which leads to a funny scene when one of them turns out not to be a food product. 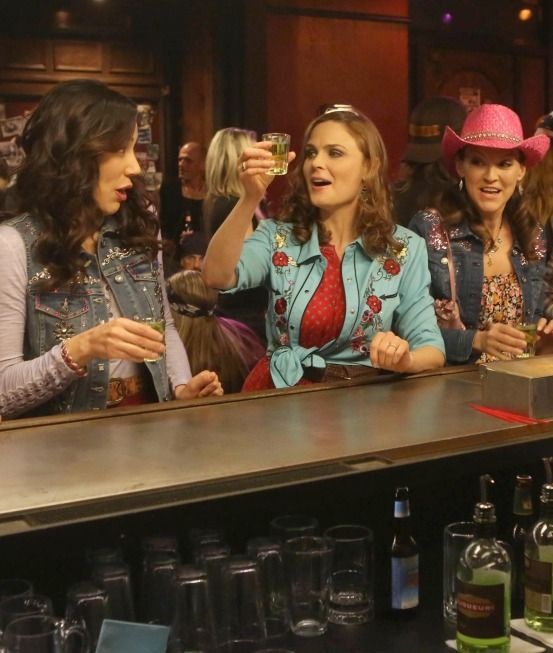 Having a Bachelorette Party

Angela tells Brennan that she transitioned too fast into marriage and didn't have a bachelorette party. So Angela wants to throw her one. With drinking and flirting; rinse and repeat. Brennan says no, mostly because Angela and Booth have had issues since Booth rejected Brennan's marriage proposal in "The Secret in the Siege" (not his fault). Booth says Brennan should let Angela throw her one. So she agrees, and Angela decides having one that night is good. Oliver can remain working on the case and Cam, Daisy, Caroline, Angela and Brennan can go out. This does not go quite to plan, especially when Booth utters the fateful words 'How wild can it get?'

Bones - The Mystery in the Meat Trailer