Bones - The Secrets in the Proposal 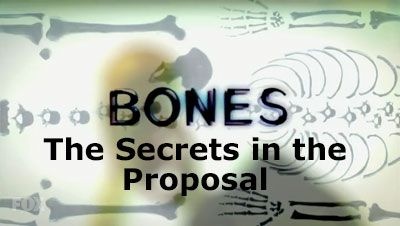 "The Secrets in the Proposal" is episode one of season nine of Bones, the forensic drama television series loosely based on the novels and life of anthropologist Kathy Reichs. In this episode an accountant is found blended in an air conditioner belonging to a very discrete hotel.

In the season eight finale, "The Secret in the Siege", Brennan proposed to Booth and he accepted. This annoyed Christopher Pelant, though, who contacted Booth and told him to tell Brennan he couldn't get married - and he couldn't tell Brennan why he was turning her down - or Pelant would kill five innocent people at random. Although Brennan put a brave face on it, this clearly upset her. A lot. 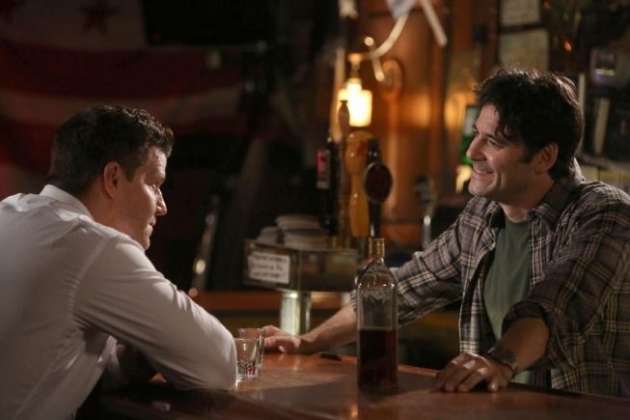 Confession to a Bartender

Booth says that he has lied to Brennan, and his friend tells him to go home and apologise. So Booth asks to go somewhere private, somewhere with no electronics. Which does make him sound a little crazy, but his friend complies. So Booth explains what is going on and why he lied to Brennan. The friend suggests that Booth go somewhere off the grid and tell Brennan the truth, but Booth says if he does that, she will look happy afterwards. Booth says he needs to find Pelant and kill him and, after a brief discourse, his friend agrees.

Saved by the Dead

Back at Booth's office Sweets and Caroline are waiting in ambush. They want to talk to him about personal matters, but Booth gets saved by a dead body. 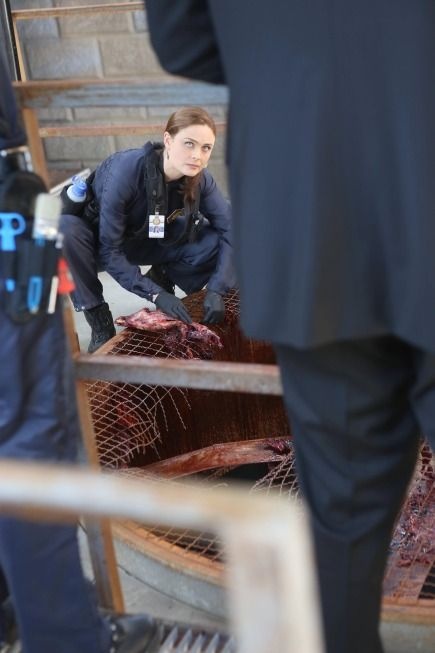 It Slices, It Dices!

Cam and Brennan are at a very messy crime scene. A body fell off a hotel roof into an air conditioning unit and is a bit... splattered. One reasonably intact piece allows Brennan to determine that the body was dead when it hit the air conditioner. Brennan and Booth's relationship is not what it was and Cam tells Booth that he needs to shape up or he will lose Brennan forever - and Booth tells her to mind her own business. 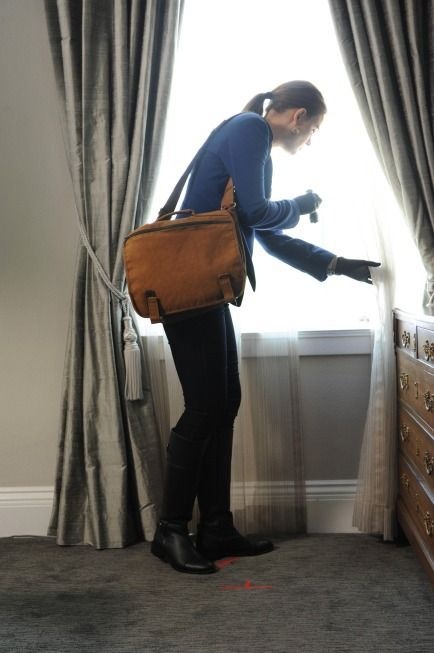 A Very Discrete Hotel Catering to an Exclusive Clientele

There are no cameras at the hotel, as it's a 'discrete' one where men bring women who are not their wives - an expensive discrete one at that. According to the manager, one of the guests has not checked out as intended. The room is positioned above the air conditioner, and has been cleaned, although the evidence suggests this was done in a hurry and evidence of blood is found, so the murder would appear to be premeditated, not a crime of passion.

Not the Expected Type of Victim

The really big fan has been shipped to the Jeffersonian. The victim is rather blended, and the various bits need extracting. One of them proves to be an implant, one with a serial number on it, which leads to an identification, that of an accountant at the State Department. Not a really high-risk job. The accountant was also single, so why would he need to use a discrete hotel? He had exchanged a lot of messages with a female colleague just prior to his death. The cause of death proves harder to pin down, because the victim is in rather small pieces. 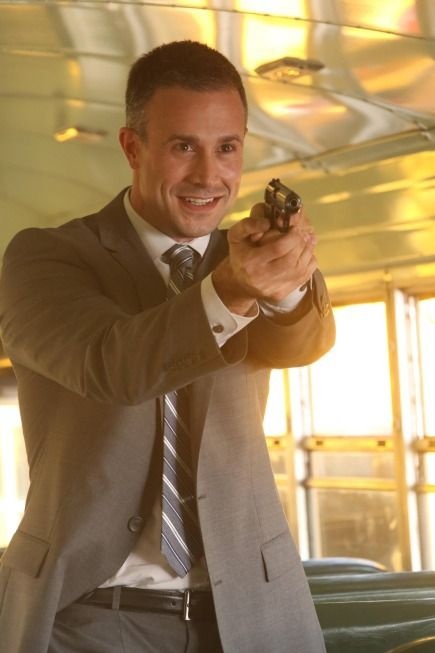 The CIA is Involved

On the second trip to the victim's apartment, it has been cleaned out, and the person who did it is still there. Booth gives chase and discovers he knows the man in question, another former army buddy. One who now works for the CIA. So the accountant was actually working for the CIA, and his room has been sanitised. Was the murder connected to the victim's job?

Not telling Brennan is eating Booth up, Brennan is subdued and Angela is angry with Booth. Daisy is not making helpful comments. Which is hardly a first. Hodgins is convinced that there is something else going on.

Bones - The Secrets in the Proposal Trailer