Bones - The Senator in the Street Sweeper 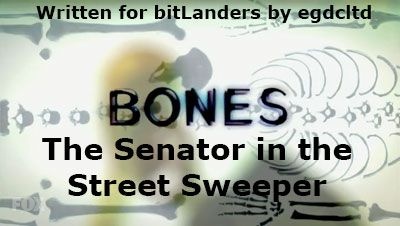 "The Senator in the Street Sweeper" is episode six of season eleven of Bones, the forensic drama television series loosely based on the novels and life of anthropologist Kathy Reichs. In this episode, the remains of a popular first-term senator are found in a street sweeper.

This is Not a Joke

The episode opens with the titular road sweeper driving down a road. One of the men in it is eating, then throws his rubbish out of the window. The other man, who is driving, asks if he just littered; he says yes, because the more trash there is out of the truck the more job security there is inside it. Seeing the logic, the other man also throws some rubbish out of the window. Then they see some bags of rubbish in the road with a raccoon feeding on them. The driver asks the first man to go out and clean it up but his passenger doesn't want to. So the driver decides to deploy the brushes and go over the bags. There is a bit of a crunch and the sweepers stop - blood was spattered on the outside too. It's not from the raccoon either. They open up the back of the truck and there is blood and a skull mixed in. The passenger assumes it's a practical joke, even though there is also a hand. The driver isn't joking, and when his passenger actually tastes some of the blood he throws up. The passenger still thinks it's a practical joke.

Booth Wants a Television in their Bedroom

Booth is using a tape measure in the bedroom when Brennan walks in, saying she has received a text message from Cam about a body. He says he intended it to be a surprise, but he wants to put a television in the bedroom so that he can watch the game when the kids are watching their shows. Brennan tells him that, statistically, couples with TVs in the bedroom half sex half as often as those who don't. Booth tells her that 73% of people make up statistics. Brennan tells him he doesn't have as much energy after a game, especially if they lose. Booth tells her that he will make more time, so she wants him to prove it. Now.

Cam, Hodgins and Ms. Warren are picking bits of person from the street sweeper in the Jeffersonian when Angela says she has received a text message from Brennan saying that she will be delayed by 15 minutes. Then another, saying possibly an hour. The victim in the sweeper has very high quality veneers, and very expensive hair plugs. Jessica says that the victim is completely fracked up, which leads to a discussion of Battlestar Galactica (2003), and the swear word from it, 'Frack,' which she is watching with Aubrey. She quickly says that's all they are doing. 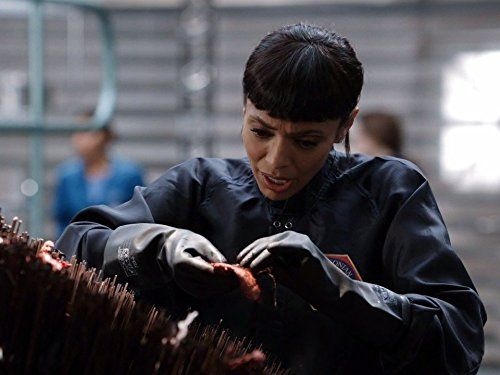 Cam then tells everyone that she thinks the victim is a U.S. Senator, as she has found a pin. Hodgins confirms that the pin is one that can only be worn by U.S. Senators. So they need an ID, and quickly. There are only 100 senators, so most can be eliminated with what they know about the victim so far. Leaving three, only one of which has expensive veneers. Senator Rick O'Malley, first term senator from Virginia. Cam comments that the case is fracked up.

Brennan is Not Going to Notify the Deceased's Family

Caroline comments to Brennan and Booth on the victim being a member of Congress. Brennan tells her that the present tense is no longer suitable after the victim has been killed, dismembered, scavenged by a raccoon and run over by a three tonne street sweeper. Caroline tells Booth that Brennan is not going with him to notify the family.

Aubrey Plans to Go to Washington

On the way, Aubrey says to Booth that O'Malley was different. He was blue collar and not a career politician, like so many in D.C. Sort of Mr Smith Goes to Washington. Booth suggests that Aubrey goes to Washington himself. Apparently, that is already the plan. In 2020.

A First - Examining the Remains of Someone Hodgins Voted For

At the lab, Hodgins comments that this is a first, examining the remains of someone he actually voted for. Brennan is surprised that he voted Democrat; she thought he voted Green like her. Hodgins tells her that he decided to vote for someone who might actually win for a change. Ms. Warren voted for the Peace & Freedom Party. O'Malley was dismembered with a dull axe and Hodgins says they have a motive - the killer had an axe to grind. 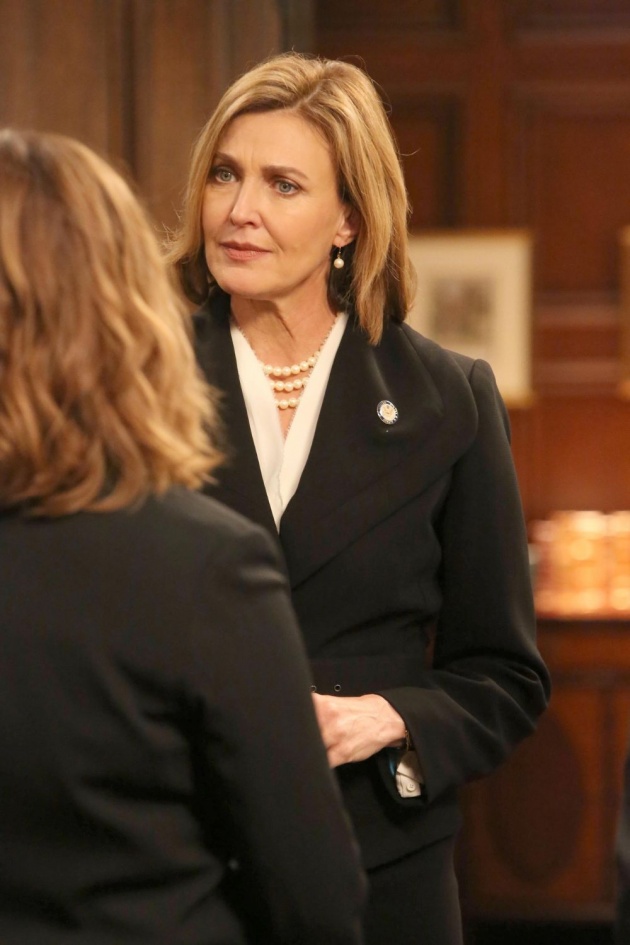 Senator O'Malley got in to save coal mining jobs and was generally popular with his constituents. His wife tells Booth and Aubrey that her husband was getting phone calls at all hours, and frequent meetings, with the party whip, Senator Hayley Winters. The implication is that they may have been having an affair. 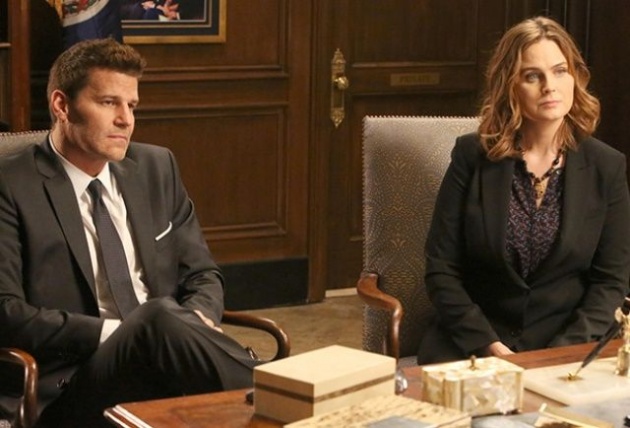 Brennan is Going Undercover - As Herself

Caroline tells Booth he cannot bring the party whip in to the FBI but Aubrey tells them that the whip has asked Booth to meet her on Capitol Hill. Booth takes Brennan with him, but he wants her to be herself rather than diplomatic. which she interprets as going undercover as herself, and goes a little too deep into it.

Running a Background Check on Jessica

Caroline asks Aubrey to run a background check on Jessica, as Justice wants to confirm that she is suitable to work on a high profile case. He is sure there won't be a problem. There isn't a true one, but what is uncovered makes Aubrey think twice about Jessica. Which leads to her having a conversation with Brennan and Angela - although Brennan doesn't understand it, at least to start - about potentials.

The whip saw the senator at a fundraiser the previous night, although he did leave early. There was an incident outside afterwards, and Caroline, despite the poor quality of the video, recognises the other man as a Frankie Cesari, the unofficial president of the coal mining lobby in Virginia. Caroline had an embezzling case against him when it collapsed due to the witness disappearing. She doesn't have a high opinion of Mr Cesari. 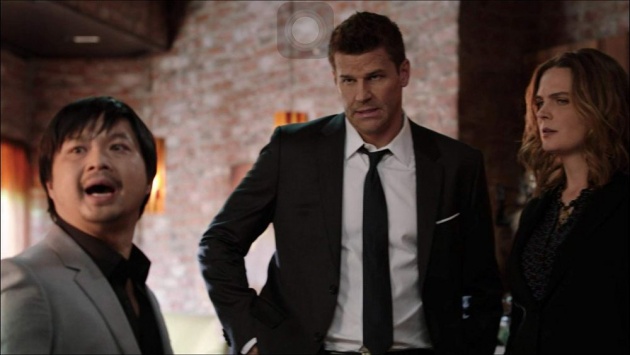 Voting Against His Conscience

It seems the whip wanted O'Malley to vote for something that was actually against his conscience. Which could have caused problem with his constituents. Which could be motive. The cause of death proves hard to pin down, as the senator appears to have been struck by multiple different weapons, suggesting multiple assailants. So who killed him, how and why?

Bones - The Senator in the Street Sweeper Trailer