Bones - The Verdict in the Victims 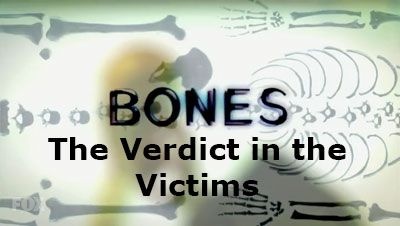 "The Verdict in the Victims" is episode eighteen of season ten of Bones, the forensic drama television series loosely based on the novels and life of anthropologist Kathy Reichs. In this episode, Brennan discovers that a soon to be executed serial killer could not have killed one of his victims. 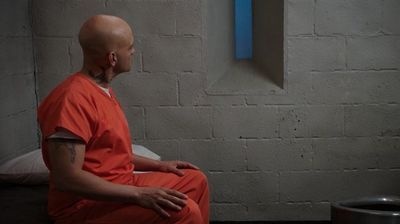 The Upcoming Execution of a Serial Killer

In "The Baker in the Bits", a death in a blast outside a mine led to a serial killer who had murdered four people. The killer had removed the skin bearing tattoos from the victims and cut them so that they bled out before the remains were burned. The man who was caught, Alex Rockwell, is sitting in a jail cell and the guard is telling him that it is time for his last meal request. Rockwell tells the guard that he will eat whatever the kitchen is serving the other inmates. The guard checks again, because the kitchen will cook anything (generally not true) and it's only 48 hours to Rockwell's execution. If Rockwell wants a final visit with family or a priest he needs to fill out a form. Rockwell says that he knows the rules and has neither family nor priest because both game up on him a long time ago. The guard, who does seem to have compassion for Rockwell, asks if he needs anything. According to Rockwell, he needs nothing.

Brennan Has Been Going Over Rockwell's Case

Booth is at home leaving the latest in a series of messages for Brennan when Aubrey knocks on the door - Aubrey has been invited for Sunday dinner. Booth tells Aubrey that Brennan has been in the lab all weekend going over the work she did on the Rockwell case; something she does when the death penalty is about to be applied. Rockwell didn't file an appeal and he passed up a chance to move the execution date. Which Aubrey says looks like a sign that he's guilty.

Seriously? You carry snacks in your pocket?

Christine is getting hungry and Aubrey offers her some sweets he has in his pocket. Which he carries around in case of emergencies. Booth tells Christine that they are going on a field trip to the lab, but Aubrey says that he will stay and watch Christine. They are closer together in age after all. Booth doesn't want Christine to eat the sweets - but he's also leaving the house.

At the Jeffersonian, Cam pops her head into Brennan's office and asks if she's okay, as it's late. Brennan says no, but it's not the baby. It's Alex Rockwell. Rockwell had untreated rotator cuff injuries to both shoulders, which went back years, and he would have been unable to kill Leonard Barnes - a murder he wasn't actually tried for. Barnes was the first victim and Brennan doesn't believe Rockwell's the serial killer. 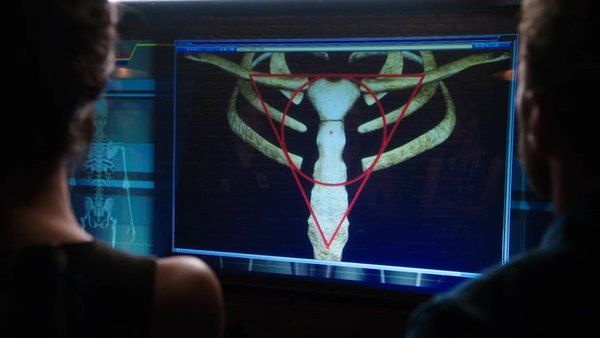 Rockwell Couldn't Have Killed One of the Victims

Booth arrives and Brennan explains her logic as to how Rockwell couldn't have beat Barnes to death - and Cam gets it. Booth replies that if Rockwell couldn't kill Barnes, then it's possible he didn't kill any of the victims. With there only being a limited amount of time until Rockwell is executed, the time is regularly shown on the screen during this episode. 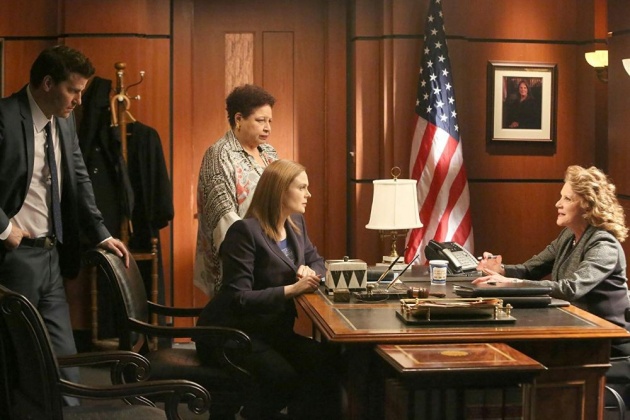 No Stay of Execution

Booth, Brennan and Caroline go and see a judge to get a stay of execution. The judge doesn't consider Barnes to be relevant, as that case wasn't even tried. The judge tells them she has no legal grounds to stay the execution; she doesn't need theories but actual evidence. Brennan tells the judge that she can provide evidence if she can re-examine the remains. The judge questions Brennan as to whether she's asking for four exhumations; Brennan, in a tone that suggests this is obvious, asks how else can she examine the remains unless they are exhumed. 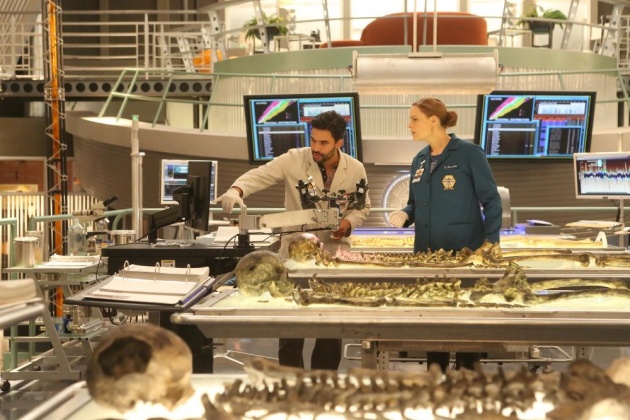 Dr. Fuentes, who is assisting, says that he can't believe 'your' country still executes criminals. It's pointed out to him that the U.S. is his country as well now. 36 hours is not a lot of time to catch a serial killer, and Fuentes says he can't understand how someone could torture another person and leave them to bleed out. 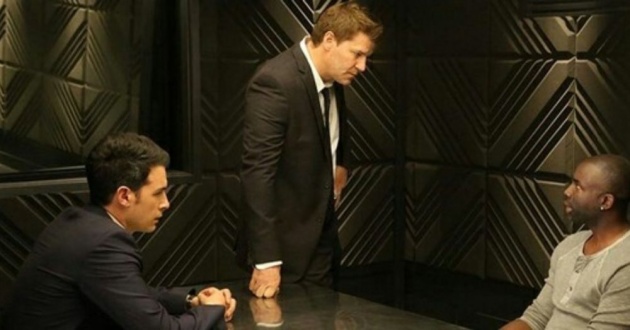 Rockwell May Have Been Framed

If Rockwell didn't commit the murders, he was framed and the murder weapon was planted in his car. Another employee of the bakery, Thomas Saltz, is brought in for questioning, as he often borrowed Rockwell's car. He, however, has an alibi for one of the murders, being at a Narcotics Anonymous meeting. 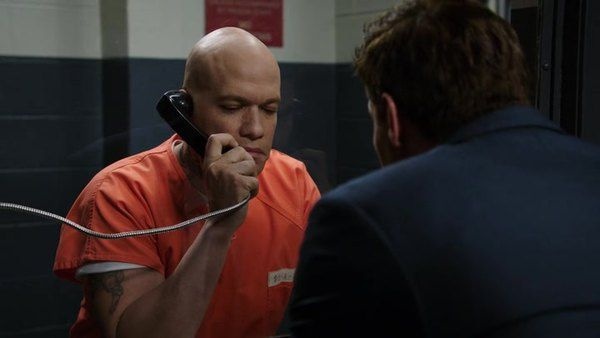 I've been fighting for a decent life since I was born, Agent Booth. I've finally learned that true justice isn't here, not on this earth. I'm putting myself in God's hands now.

Booth goes to prison to speak to Rockwell, to tell Rockwell that they think he may be innocent. Rockwell says that they are wasting time. Not an admission of guilt - the man just believes he has nothing left for him on this earth. Not even his son. Rockwell doesn't believe he will get justice in this world, and doesn't cooperate.

The Morality of the Death Penalty

Fuentes believes it's ridiculous that they have to find a serial killer in one day. Which starts a discussion between Cam and Hodgins on the death penalty, which is in danger of getting a bit heated when Fuentes intervenes. He is grateful to be in a country that allows such a debate, but tells them they don't currently have time for it. 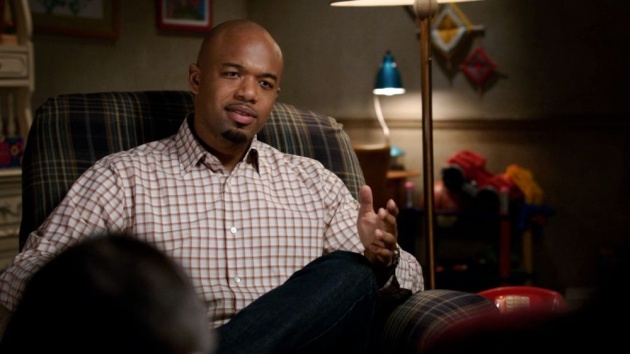 Aubrey and Booth visit Rockwell's ex-girlfriend, and the mother of his son. Also there is Pastor Evans, who was an altar boy with Rockwell when they were young. He's also the godfather of Rockwell's son, Zeke. Booth wants to know why he's helping, when his stand on the testimony wasn't helpful for Rockwell. The pastor replies that he was asked a question under oath. So he gets looked into as well. 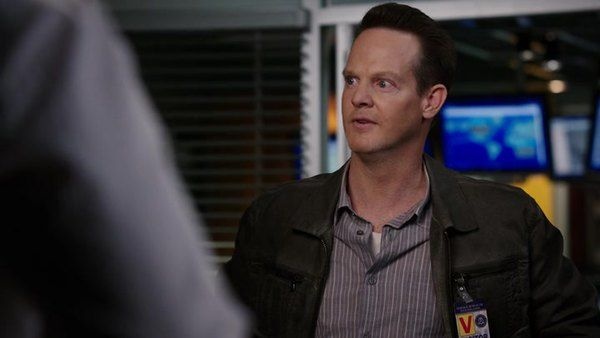 Flender, the man who runs the bakery where Rockwell worked, comes in to the FBI and says that he thinks Rockwell is innocent as well. He wants to be brought in as a suspect, so that the judge will stay the execution. Booth tells him that won't work. 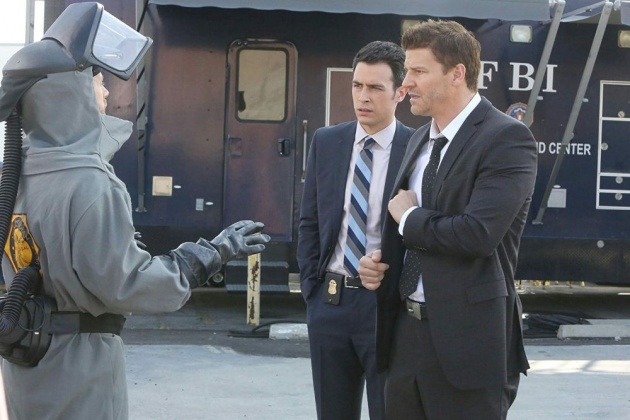 Running Out of Time

Things are going nowhere and time is running out. Then Booth realises something - Sweets had told him that serial killers couldn't stop killing. So, with Rockwell inside, there may well have been more killings that Rockwell couldn't possibly have done. So they need to find a totally unknown victim at a totally unknown location. In the same day. No pressure.

The Pressures of Death

Angela is once again feeling the pressure of dealing with death on a daily basis, and the risk of having friends' houses shot up, people dying and shadowy conspiracies.

Bones - The Verdict in the Victims Trailer