Bones - The Woman in the Whirlpool 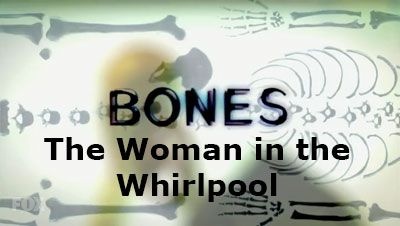 "The Woman in the Whirlpool" is episode twenty of season ten of Bones, the forensic drama television series loosely based on the novels and life of anthropologist Kathy Reichs. In this episode, the body of an obsessive cookie jar collector who has been murdered is discovered..

This Baptism Does Not Go Well

A man is being baptised in the Potomac River and the priest holds him under the water for some time. When the man is brought back up, human remains with an oddly polished-looking skull are draped over him, one arm wrapped around him and the other missing. The man starts running around screaming, and the remains stay hooked on him. Everyone is freaking out with this.

Brennan Has Kicked Booth Out

Brennan and Angela are in a park watching their children playing together. Angela comments that they get along well, and Brennan says that she wishes she and Booth did too. Angela points out that Brennan did kick Booth out of the house. In the previous episode, "The Murder in the Middle East", whilst Booth was in Iran his bookie came around to the house wanting $30K, making thinly-veiled threats to Brennan and Christine when he did, for Booth had started gambling again after going undercover as a poker player in "The Eye in the Sky". When Booth returned, Brennan gave him several chances to come clean about his gambling, but he didn't - probably because he's an addict. Even after Brennan told him that she knew about the gambling, Booth insisted it was just one bet. Which it clearly wasn't. Angela asks if Booth is still going to his meetings and Brennan tells her that's what he says. 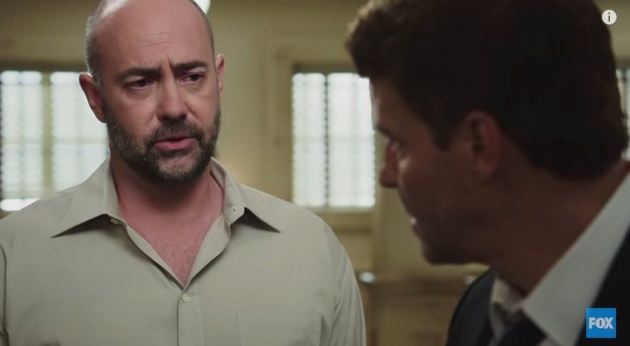 Booth is in fact at a meeting at that time. After the meeting, Booth's sponsor approaches him and asks if he will share his story with the group next time. Booth says that being there is enough, and his sponsor tells him that it isn't really. The sponsor just want to help but Booth says that if he wants to help he should call Brennan and tell her how good it's going. Booth is told that that doesn't work; he needs to participate. Which Booth doesn't really seem interested in doing. 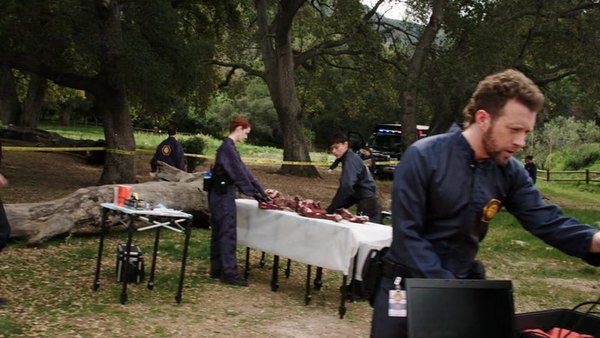 Aubrey is at the Crime Scene

Cam, Hodgins and Ms. Warren are at the place where the body was found when Aubrey turns up. Aubrey says it looks like an oddly public place to dispose of the body. Hodgins tells him that the body was actually tossed in up river and washed down. Cam asks Aubrey where Booth is and he asks her if she doesn't trust Aubrey to handle the case. Cam says she's just worried about her friend.

Hodgins Has a New Toy

Booth arrives and comments on the odd smoothness of the skull. Ms. Warren suggests hydraulic sanding, as in a whirlpool. Hodgins is sending his new toy, a submarine, into the river. There's a lot of junk in it and the submarine gets hooked on some of it. Cam points out that Hodgins is responsible for the, expensive, piece of equipment, so he goes in after it - and finds the arm, which kind of lunges up at him. 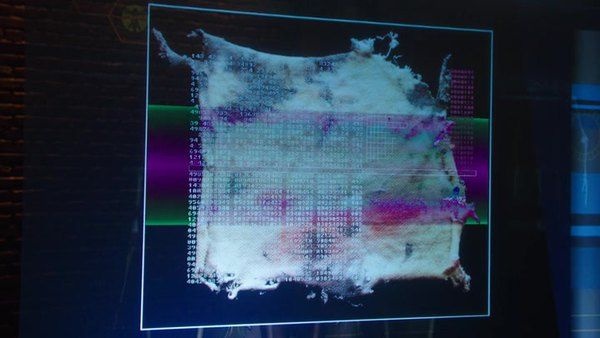 Brennan is at the Jeffersonian and Booth is ringing her, but she's hanging up on him. Ms. Warren tells Brennan that she supports her in her desire to get another mate. Awkward. Hodgins says the victim, a woman, has been dead for four days. According to Angela, the victim's facer is too badly abraded to reconstruct it, but Hodgins has a polo shirt that used to have a logo on it. This is the logo of Thompson Hardware, and the victim's name was Leslie. 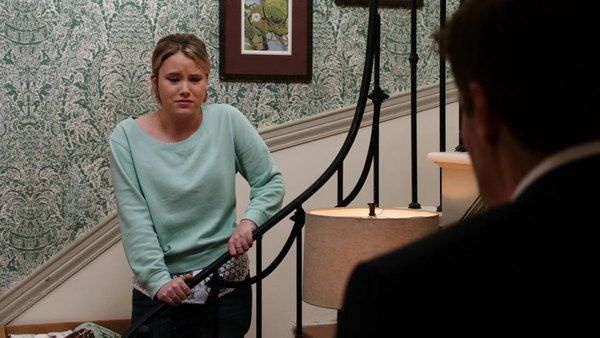 Leslie's boss says that she was his best employee. He wanted to promote her to assistant manager, but she didn't want to invest the time. Her 20 year old daughter, Courtney, was still living at home. Leslie showed signs of being poisoned by multiple substances, including uranium of all things, over a very long period of time. Any poisoner would need access to Leslie for a number of years. 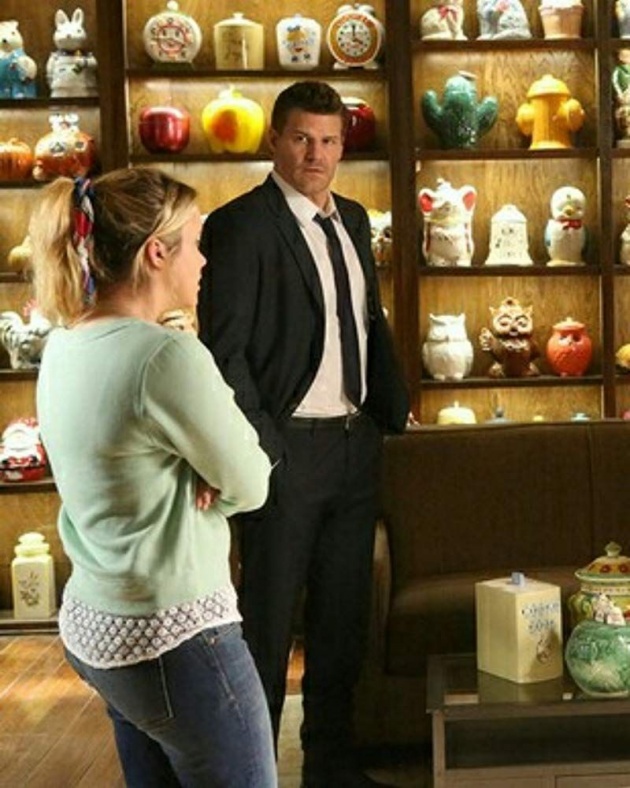 Courtney is at home and she last saw her mother 3 weeks ago, when Courtney moved to campus. She says that their relationship was fine, with no arguments, but really her mother was not that interested in her. All she cared about were her jars. Leslie had a very extensive cookie jar collection; some may be worth something but Courtney says that most are just sentimental junk. Obsessed would not be an understatement when it came to the collection, and Leslie spent lots of time collecting, cataloguing and looking after her collection. If she was that obsessed, others must be too.

According to Hodgins, old ceramics would explain the poisons. If the glaze was compromised, the toxins could leach out when the jars were handled. This leads to a discussion on collecting in general. 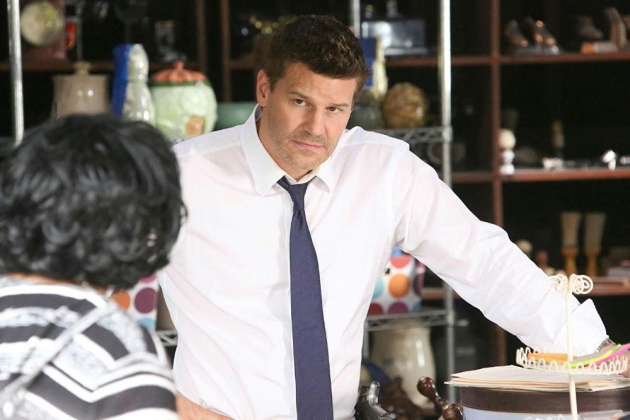 Many Bad Reviews of an Online Seller

Leslie had paid extra for high speed internet and this had helped, because she was winning auctions in milliseconds. Leslie had also gone on a crusade against an online seller, posting multiple bad reviews on auction site, the seller's own site, in her blog and in her newsletter. A small business could be destroyed by such bad reviews. Which is a motive and a suspect. 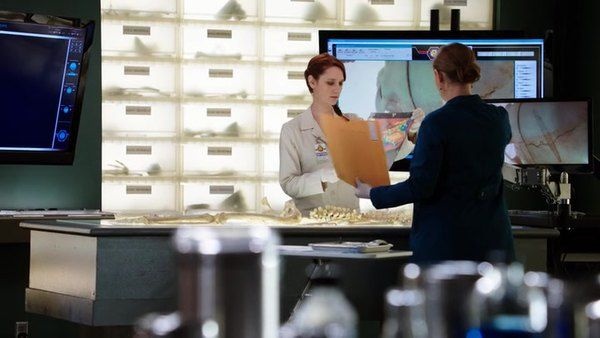 Obsession From an Old Injury

Leslie skull shows signs of a 20 year old bullet wound. The wound would have affected her brain, and the region affected apparently helps the individual determine what is and isn't worth keeping. It can lead to addiction. So Leslie's obsession actually looks to have come from an old injury. 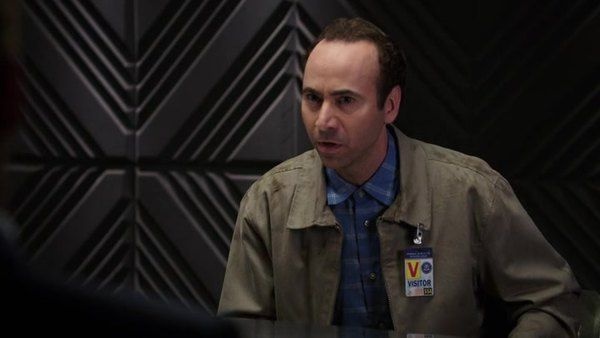 There's another collector, although not of cookie jars, that had something against Leslie. He seems also obsessed, and maybe a little crazy, but not really a killer. Cause of death and motive still need identifying. 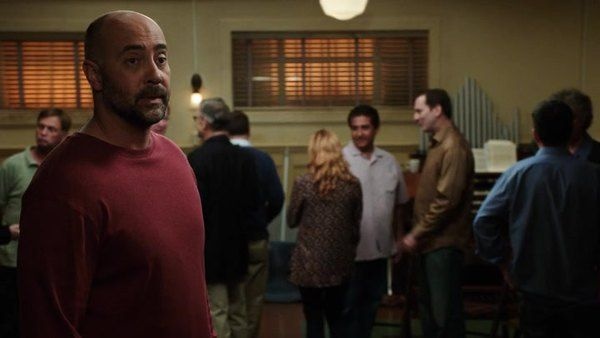 Angela asks Hodgins if it could be what they do eating away at all of them that affected Booth and Brennan's relationship. Aubrey and Ms. Warren appear to be flirting with each other; Cam certainly looks to think so. Brennan and Booth are still awkward. Matters aren't helped by the fact that Booth is still, by the sounds of it, in denial. He's claiming it was just a mistake - a mistake that got his family threatened. Until he admits things, he's not going to get anywhere.

Bones - The Woman in the Whirlpool Trailer