Now I do bowling, golf, and tennis. I want to be a good bowler.

The game of bowl had its moment of glory when Sir Francis Drake decided that the result of his game on Plymouth Hoe was more important than the approaching Spanish Armada. In the event, he lost the game to Sir John Hawkins; and history tells us what happened to the Spaniards.

The game was old even Drake's day. It has been traced back 700 years to the time when roughly shaped stones were thrown at the fir cones. In the 14th century, a small ball called a jack replaced the cone. By the 15th century, when wooden balls were in common use, bias had been added to them, to make the game more interesting. Bias is something that pulls a ball out of its true path. In the early days, it was provided by putting a piece of lead into the wood, so that the ball was loaded on one side. This meant that it no longer ran straight from the player's hand. 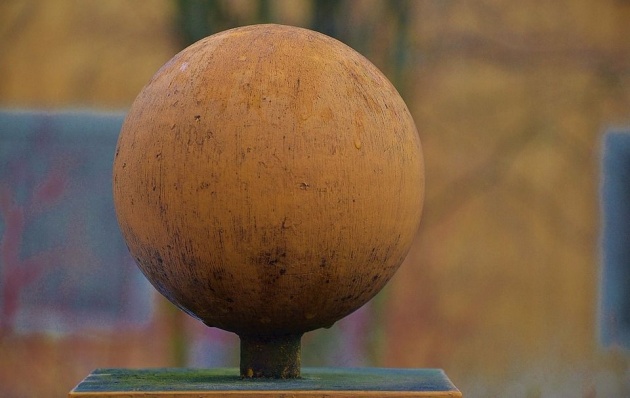 Bias Then and Now

Lignum Vitae is the original name of a bias or a wooden ball. As time flies, the players now are using synthetic but heavy designed ball. Before, players can only see both brown and black color. Nowadays, we can see different colors of different designs on their labels. Then they added stickers to differ the player's team from another team. Designing the balls in stickers became a mania that led to competing from another team. The labels are their markers in which group they belong. 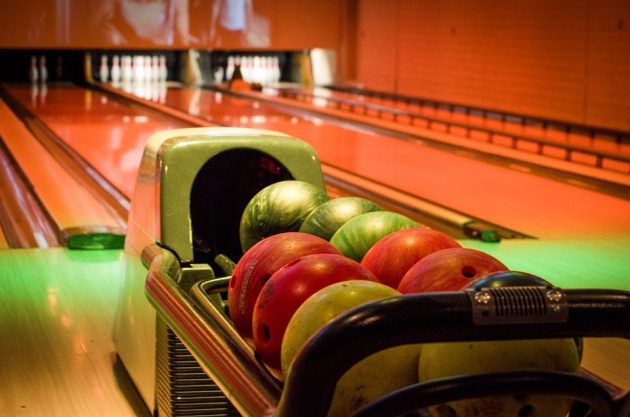 There are several factors related to the surface of your bowling ball which assist pro shop professional when it comes time to time map a drilling payout.

One of the factors the pro shop must identify is the "Mass Bias" location.

This "Pin" locator is the best defined as a polyester of urethane stem which is positioned in the weight block to hold the core in place as the coverstock is poured into the ball mold during the manufacturing process.

This "Pin" represents the top part of the weight block and is usually represented by a colored dot on the surface of the ball.

Bowling ball mass bias helps control the shape of the given ball reaction on the back end of the lane. When the mass bias marker on the ball surface is moved to different locations. It will affect your ball reaction.

There are four basic locations you can put the mass bias n a bowling ball:

On your track, On your Vertical Axis Line (VAL), Halfway between the track and the VAL, and Past your VAL

Asymmetric bowling ball core designs will have mass bias markers on the ball surface by asymmetric balls will not. Symmetric balls do not have slight mass bias influence, but sufficiently to require a marking indicator.

depending on the given layout of the asymmetric bowling ball, the pro-shop professional will choose relative positioning on the "PIN", the Mass Bias, and the Positive Axis Point (PAP) locations to influence ball motion.

Normally, a weak layout, moderate layout, or a strong layout are selected so the ball movement for a given player will best match the lane conditions.

The mass bias marker is one such location on the ball surface to assist pro shop professional when planning a drilling layout.

How Can a Bowler Identify in Which Team He/She Belongs?

1. A bowler is responsible to look at the huge symbol of the inner part of the circle in a sloping surface of the bowl. It means he is at the distance of the bias.2. A bowler is aware of a small symbol at the inner part of the small circle to turn the bowl. It is a bias' sloping surface. Both will succeed to reach the jack than to see the size the ball navigating to another rink.

2. A bowler is aware of a small symbol at the inner part of the small circle to turn the bowl. It is a bias' sloping surface. Both will succeed to reach the jack than to see the size the ball navigating to another rink. 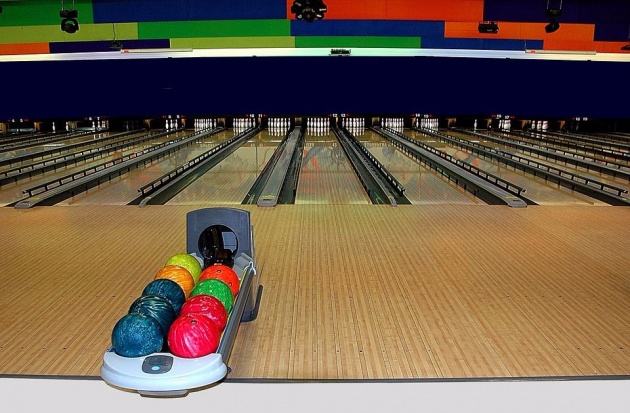 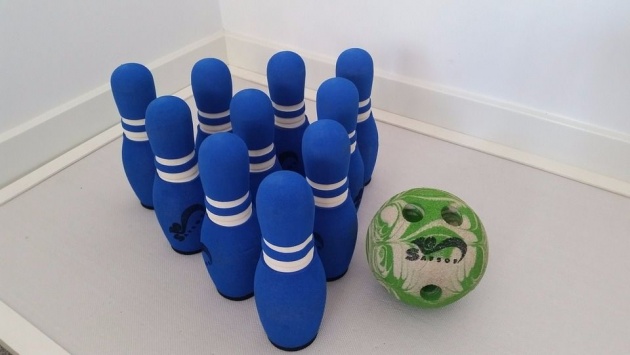 Six Techniques To Deliver a Bowl 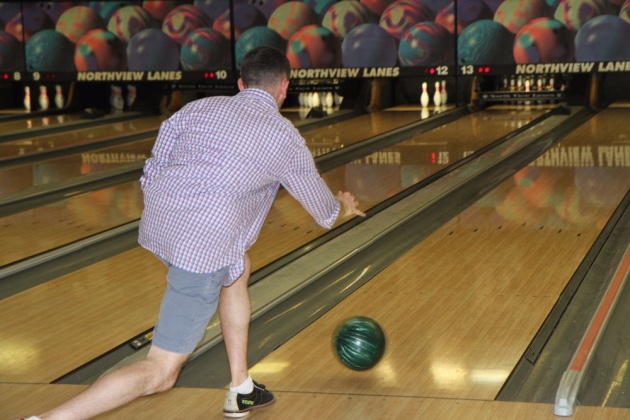 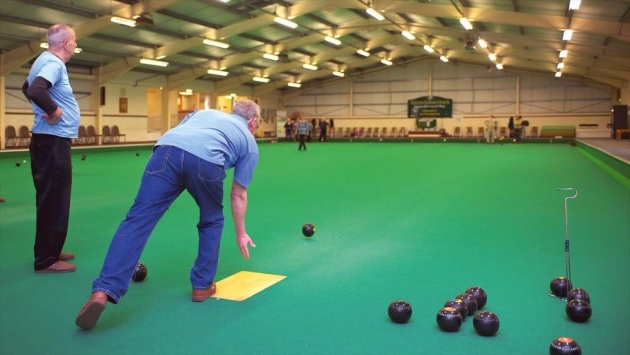 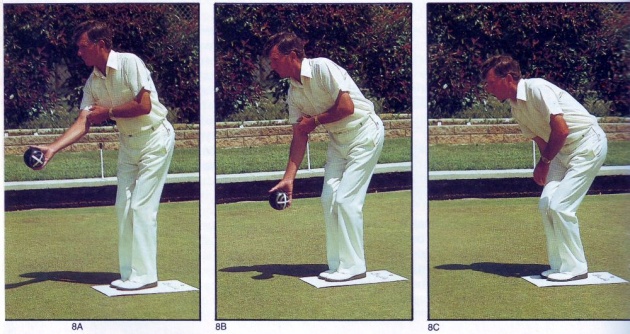 Bowls has passed through many changes to become the game we know today. There are actually two games:

In Britain, Australia, and South Africa, more people play bowls than any other outdoor game. It is also one of the few games in which older people stand a good chance of beating younger players.

HOW TO PLAY THE GAME

Objective: To bring the woods to rest as close to the jack as possible.

STEP 1. Take a pairs game- one with two players in each side. Each player has four kinds of wood.

STEP 2. The first player throws the jack. It must travel at least 25 yards (23 meters) and stop no less than 2 yards (1.8 meters) from the opposite ditch. The first player rolls one of his woods towards the jack, trying to get as close as possible to it.

STEP 3. The one opposing players will take a turn, who send one of his woods down.  The game continuous, with each player bowling a wood in turn until all 16 kinds of wood have been played.

In the crown green game, the playing area covers the whole green and not just a narrow rink. Each player plays two kinds of wood. There are no rules about the size, weight or bias of these. Many players own several sets from which they choose the one they think will be best for the conditions of play. The jack is biased, and greens range from 30 to 60 yards (27.5 to 55 meters) square. 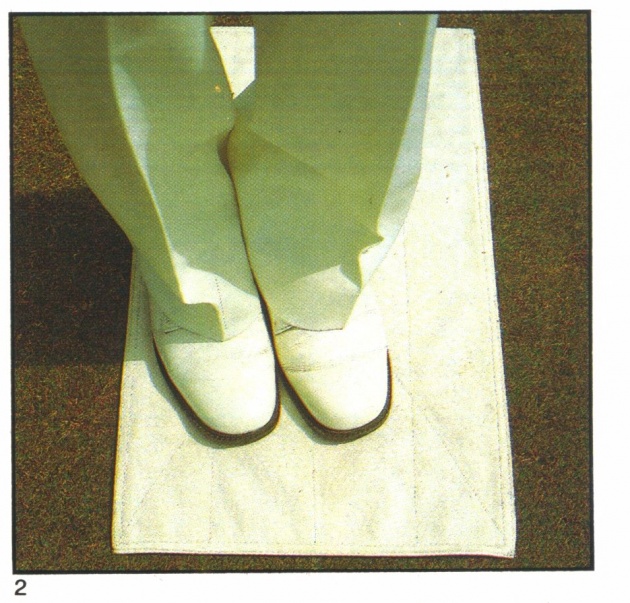 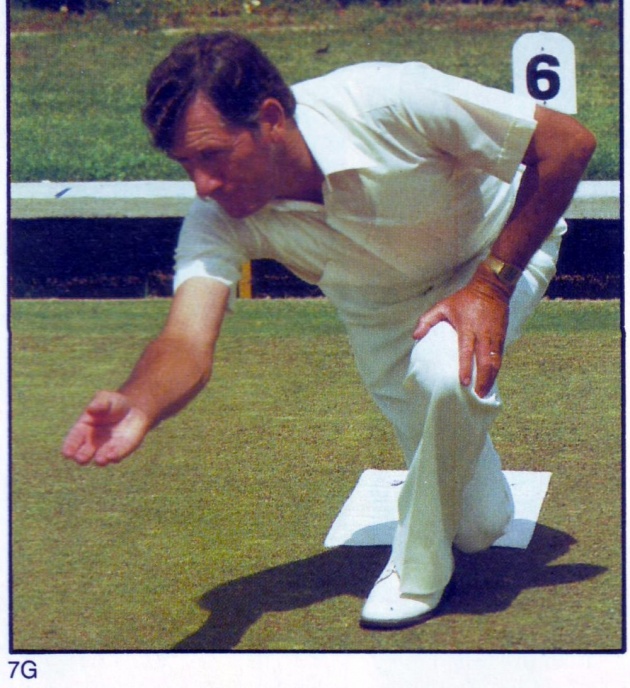 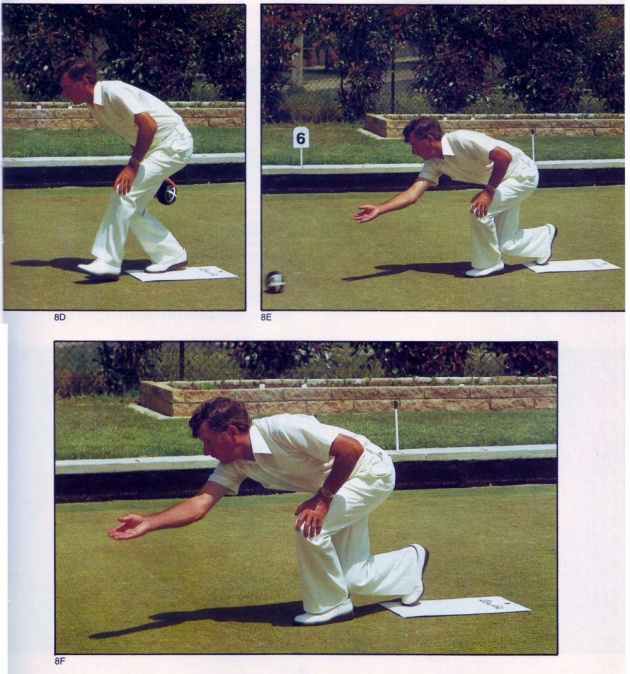 In the crown green game, there are no fixed numbers of ends, and no fixed score to make own. The players agree before the start of the game how many points they will play for. The players must keep their toes on the mat as they bowl. In addition to sloping down from the crown, the green has also a number of slight dips and rises, so that to 'know your green' is a great help.

The crown green game, played mainly in the Midlands and the north of England, is a professional sport. But the flat green games are strictly for amateurs- which means that the players do not play for money.

Top Secrets to Win The Game

John Snells, a world's silver medalist in bowling shares the number one key to winning the game :

"Many bowlers shy away from any form of psychology, believing it to be too deep and only for radical or highly intelligent. Visualization is simple and a few of our elite bowlers utilize it with great success. In more than 100 years of bowls, nothing has been learned as far as our discoveries are concerned so the only real advancement to be made is through our mental approach.

Unfortunately we everyday bowler's don't have ready access to a sports psychologist unless we can afford a private session and they don't come cheaply. I'm surprised that one of our deep thinking champion bowlers hasn't written a book on the mental approach to lawn bowls. Bowlers/authors such as Peter Beliss, Barry Salter and myself have touched on the subject but not at length or in detail. Authors such as Timothy Galway and Rudi Webster have written comprehensive books for Tennis players, golfers, and cricketers so where are our bow's author's hiding?

My belief in visualization is supported by the following two articles and I suggest that if you wish to raise the standard of your game, now's the time to make start.

To emphasize the value of visualization I quote the findings of an American authority making a detailed study of the subject. Two women's basketball teams were so evenly matched that each had won their home game against the other by one point. One team undertook the normal physical training for one week whilst the second team was requested to pursue a course of visualization for the same period. Most skeptics were surprised when the latter team won the match easily.

These examples clearly illustrate just how important visualization is and to me, it indicates the great significance of our game of lawn bowls. Almost all of us, believe it or not, already use visualization. To get our correct line we really imagine the path the bowl will take and from that path we decide on the amount of "green" required for our bowl to finish on the jack.

The moral to earlier illustration is obvious. Whether you're in position to practice regularly or not (and practice is of the utmost importance) spend plenty of time in mental practice by vividly imagining yourself, not only delivering the perfect bowl but also seeing yourself, in every possible detail, as being successful, playing the greatest game of your life and winning the match or tournament upon which you have set your goal. It's up to you."

The Help With Bowling added that a bowler should practice to hook the bowling ball, do the pocket technique if the player likes to score in strike, know the lane before hitting the ball, to pick up the spares, concentrate and boost energy, disable wasting the strike, be motivated, practice a lot, and get the best bowling guide.

" If you follow all the above mentions bowling secrets you will find yourself bowling strikes sooner rather than later. You do not even need to have a bowling ball or a bowling technique. You can just practice your form at home. As soon as you are able to find yourself as a technique that is most suitable for you, you will find yourself getting a lot more strikes than usual even though it is not guaranteed that you will throw a strike each and every time. "