William Bradley "Brad" Pitt (born December 18, 1963) is an American actor and producer. He has received multiple awards and nominations including an Academy Award as producer under his own company Plan B Entertainment.

Pitt first gained recognition as a cowboy hitchhiker in the road movie Thelma & Louise (1991). His first leading roles in big-budget productions came with the dramas A River Runs Through It (1992) and Legends of the Fall (1994), and Interview with the Vampire (1994). He gave critically acclaimed performances in the crime thriller Seven and the science fiction film 12 Monkeys (both 1995), the latter earning him a Golden Globe Award for Best Supporting Actor and an Academy Award nomination. Pitt starred in the cult film Fight Club (1999) and the major international hit Ocean's Eleven (2001) and its sequels, Ocean's Twelve (2004) and Ocean's Thirteen (2007). His greatest commercial successes have been Troy (2004), Mr. & Mrs. Smith (2005), and World War Z (2013). Pitt received his second and third Academy Award nominations for his leading performances in The Curious Case of Benjamin Button (2008) and Moneyball (2011). He produced The Departed (2006) and 12 Years a Slave (2013), both of which won the Academy Award for Best Picture, and also The Tree of Life, Moneyball, and The Big Short (2015), all of which garnered Best Picture nominations.

As a public figure, Pitt has been cited as one of the most influential and powerful people in the American entertainment industry, as well as the world's most attractive man, by various media outlets. His personal life is also the subject of wide publicity. Divorced from actress Jennifer Aniston, to whom he was married for five years, he has been married to actress Angelina Jolie since 2014. They have six children together, three of whom were adopted internationally. In September 2016, Jolie filed for divorce from Pitt.

William Bradley Pitt was born in Shawnee, Oklahoma, to William Alvin Pitt, who ran a trucking company, and Jane Etta (née Hillhouse), a school counsellor. The family soon moved to Springfield, Missouri, where he lived together with his younger siblings, Douglas (born 1966) and Julie Neal (born 1969). Born into a conservative household, he was raised as Southern Baptist, but has since stated that he does not "have a great relationship with religion" and that he "oscillate[s] between agnosticism and atheism." Pitt has described Springfield as "Mark Twain country, Jesse James country", having grown up with "a lot of hills, a lot of lakes".

Pitt attended Kickapoo High School, where he was a member of the golf, swimming and tennis teams. He participated in the school's Key and Forensics clubs, in school debates, and in musicals. Following his graduation from high school, Pitt enrolled in the University of Missouri in 1982, majoring in journalism with a focus on advertising. As graduation approached, Pitt did not feel ready to settle down. He loved films—"a portal into different worlds for me"—and, since films were not made in Missouri, he decided to go to where they were made. Two weeks before earning his degree, Pitt left the university and moved to Los Angeles, where he took acting lessons and worked odd jobs

While struggling to establish himself in Los Angeles, Pitt took lessons from acting coach Roy London.Pitt's acting career began in 1987, with uncredited parts in the films No Way Out, No Man's Land and Less Than Zero. His television debut came in May 1987 with a two-episode role on the NBC soap opera Another World. In November of the same year Pitt had a guest appearance on the ABC sitcom Growing Pains. He appeared in four episodes of the CBS primetime series Dallas between December 1987 and February 1988 as Randy, the boyfriend of Charlie Wade (played by Shalane McCall). Later in 1988, Pitt made a guest appearance on the Fox police drama 21 Jump Street.

In the same year, the Yugoslavian–U.S. co-production The Dark Side of the Sun (1988) gave Pitt his first leading film role, as a young American taken by his family to the Adriatic to find a remedy for a skin condition. The film was shelved at the outbreak of the Croatian War of Independence, and was not released until 1997. Pitt made two motion picture appearances in 1989: the first in a supporting role in the comedy Happy Together; the second a featured role in the horror film Cutting Class, the first of Pitt's films to reach theaters. He made guest appearances on television series Head of the Class, Freddy's Nightmares, Thirtysomething, and (for a second time) Growing Pains.

Pitt was cast as Billy Canton, a drug addict who takes advantage of a young runaway (played by Juliette Lewis) in the 1990 NBC television movie Too Young to Die?, the story of an abused teenager sentenced to death for a murder. Ken Tucker, television reviewer for Entertainment Weekly wrote: "Pitt is a magnificent slimeball as her hoody boyfriend; looking and sounding like a malevolent John Cougar Mellencamp, he's really scary." The same year, Pitt co-starred in six episodes of the short-lived Fox drama Glory Days and took a supporting role in the HBO television film The Image. His next appearance came in the 1991 film Across the Tracks; Pitt portrayed Joe Maloney, a high school runner with a criminal brother, played by Rick Schroder.

After years of supporting roles in film and frequent television guest appearances, Pitt attracted wider recognition in his supporting role in Ridley Scott's 1991 road film Thelma & Louise. He played J.D., a small-time criminal who befriends Thelma (Geena Davis). His love scene with Davis has been cited as the event that defined Pitt as a sex symbol. After Thelma & Louise, Pitt starred in the 1991 film Johnny Suede, a low-budget picture about an aspiring rock star, and the 1992 live-action/animated fantasy film Cool World,although neither furthered his career, having poor reviews and box office performance.

Pitt took the role of Paul Maclean in the 1992 biographical film A River Runs Through It, directed by Robert Redford. His portrayal of the character was described by People's Janet Mock as a career-making performance, proving that Pitt could be more than a "cowboy-hatted hunk." He has admitted to feeling under pressure when making the film and thought it one of his "weakest performances ... It's so weird that it ended up being the one that I got the most attention for. Pitt believed that he benefited from working with such a talented cast and crew. He compared working with Redford to playing tennis with a superior player, saying "when you play with somebody better than you, your game gets better."

In 1993, Pitt reunited with Juliette Lewis for the road film Kalifornia. He played Early Grayce, a serial killer and the boyfriend of Lewis's character in a performance described by Peter Travers of Rolling Stone as "outstanding, all boyish charm and then a snort that exudes pure menace." Pitt also garnered attention for a brief appearance in the cult hit True Romance as a stoner named Floyd, providing much needed comic relief to the action film. He capped the year by winning a ShoWest Award for Male Star of Tomorrow.

In the late 1980s and early 1990s, Pitt was involved in successive relationships with several of his co-stars, including Robin Givens (Head of the Class), Jill Schoelen (Cutting Class), and Juliette Lewis (Too Young to Die? and Kalifornia).In addition, Pitt had a much-publicized romance and engagement to his Seven co-star Gwyneth Paltrow, whom he dated from 1994 to 1997.

Pitt met Friends actress Jennifer Aniston in 1998 and married her in a private wedding ceremony in Malibu on July 29, 2000. For years their marriage was considered a rare Hollywood success; however, in January 2005, Pitt and Aniston announced they had decided to separate. Two months later, Aniston filed for divorce, citing irreconcilable differences. Pitt and Aniston's divorce was finalized by the Los Angeles Superior Court on October 2, 2005. Despite media reports that Pitt and Aniston had an acrimonious relationship, Pitt said in a February 2009 interview that he and Aniston "check in with each other", adding that they were both big parts of each other's lives.

During Pitt's divorce proceedings, his involvement with his Mr. & Mrs. Smith co-star Angelina Jolie attracted media attention. While Pitt stated that there was no infidelity, he also stated that he "fell in love" with Jolie on the set. In April 2005, one month after Aniston filed for divorce, a set of paparazzi photographs emerged showing Pitt, Jolie and her son Maddox at a beach in Kenya; the press interpreted the pictures as evidence of a relationship between Pitt and Jolie. During 2005, the two were seen together with increasing frequency, and the entertainment media dubbed the couple "Brangelina". On January 11, 2006, Jolie confirmed to People that she was pregnant with Pitt's child, thereby publicly acknowledging their relationship for the first time. Pitt and Jolie announced their engagement in April 2012 after seven years together. They were married on August 23, 2014, in a private ceremony in Château Miraval, France.

In July 2005, Pitt accompanied Jolie to Addis Ababa, Ethiopia, where she adopted her second child, Zahara Marley. On December 3, 2005, Pitt was in the process of becoming the adoptive father of both children;on January 19, 2006, a California judge granted Jolie's request to change the children's surnames from "Jolie" to "Jolie-Pitt". The adoptions were finalized soon after.

Jolie gave birth to daughter Shiloh Nouvel in Swakopmund, Namibia, on May 27, 2006. Pitt confirmed that their newborn daughter would have a Namibian passport. The couple sold the first pictures of Shiloh through the distributor Getty Images; the North American rights were purchased by People for over $4.1 million, while Hello! obtained the British rights for approximately $3.5 million. The proceeds from the sale were donated to charities serving African children. Madame Tussauds in New York unveiled a wax figure of two-month-old Shiloh; it marked the first time an infant was recreated in wax by Madame Tussauds.

At the Cannes Film Festival in May 2008, Jolie confirmed that she was expecting twins. She gave birth to son Knox Léon and daughter Vivienne Marcheline on July 12, 2008 in Nice, France. The rights for the first images of Knox and Vivienne were jointly sold to People and Hello! for $14 million—the most expensive celebrity pictures ever taken. The couple donated the proceeds to the Jolie-Pitt Foundation. 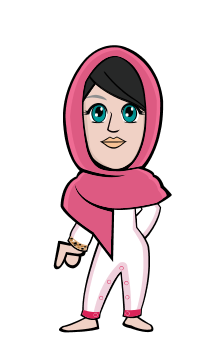 If By The Sea were not written and directed by one half of a Hollywood power couple, Angelina Jolie …

If By The Sea were not written and directed by one half of a Hollywood power couple, Angelina Jolie …