Breaking the Cycle of Extreme Lead Poisoning in Pesarean, Indonesia

Breaking the Cycle of Extreme Lead Poisoning in Pesarean, Indonesia
Posted on May 18, 2016 by M. Sim

This week’s post is from Angela Bernhardt, Executive Director of Communications for Pure Earth.

After two and a half years in our New York headquarters, I took my first trip to the field with our Southeast Asia coordinator, Lara Crampe. We went to Pesarean, a village in the Tegal Regency of Indonesia located in Central Java that is contaminated with dangerous levels of lead from years of informal car battery recycling.

In the center of Pesarean village just as school is letting out.
The Danish Aid Agency DANIDA funded phase one of this project, which includes an environmental and health assessment of the village, and the design of remediation options along with cost estimates. (More about potential solutions in Part 2.) 60% of adults have blood lead levels over 25 and lead levels in soil have been measured at over 54,000 ppm in some spots.

Children playing in mud that measured 21,000 parts per million lead.
Tegal has been a proud metalworking center since the mid-1800’s. Metalsmiths across the region used a variety of materials over the centuries to make knives and swords, temple gongs, early locomotive and ship parts, buckets, pots, and more recently, electrical, auto and motorcycle parts.

Pot maker showing off his wares.
Today, many women and men in the village, earn a meager living dismantling electrical, machine, auto and other parts, sorting them into piles, that they then sell in large sacks to local smelters.

Woman breaking apart and sorting metal parts to sell to local smelters. Women make USD $2.50 a day. One kilogram or two pounds of rice costs USD $1.00.
Pak Iswanto, project social science researcher talks with metalworkers in the village. They are diligent recyclers; every piece of scrap metal is dismantled, sorted and passed on to smelters to be made into new products or ingots for resale. As men, they make USD $3.50 a day.
Around 1978, one enterprising but struggling metalworker, Pak Pat (not his real name), made his living crafting tin buckets. But when plastic buckets came on the local market and he needed to find a different livelihood, he started smelting lead from discarded lead acid car batteries. Used batteries were becoming more plentiful as car and motorbike ownership grew in the region, and safe battery collection systems were, and still are, non-existent. Each car battery contains about 20 pounds of lead.

Pak Pat, working outside his home, broke open the batteries, poured out the acid, smelted the lead into ingots and sold them to factories nearby. This was more profitable than making tin buckets and after some years of hard work, Pak Pat went from living in a very small dwelling his parents gave him, to buying 5 houses for his family members.

Of course, Pak Pat did not know that lead was a dangerous toxic element, and this prosperity came at a very high cost.

Mas Tasiri (not his real name), Pak Pat’s nephew and a Pesarean Village Official told us the story of his family. Pak Pat and his wife had 10 children. Three died as infants. Three sons are brain-damaged and are described as having down syndrome. One has never been able to speak. The oldest son does not have brain damage, but has respiratory problems so severe that he requires regular hospital visits. Pak Pat died at the age of 63.

In many villages of this type in the developing world, the industrial activity takes place in residential areas, right where people live, play, grow food, cook and feed babies and children.  We commonly see this across Asia, Latin America and Africa.  Workers have small workshops wedged in between dwellings, or do the work in their yards, or in a common open space in the center of a village.  In the worst cases, they smelt lead inside their homes.

In 1999, Tasiri’s only son was born with half his body paralyzed.  As his baby grew into a toddler, he started having respiratory problems. Tasiri described how the lead acid from batteries, dumped on the ground, would visibly evaporate in the intense heat throughout the day.  He feared these vapors, in addition to the smoke from smelting, was hurting his child. He was still not aware of the dangers of lead. Tasiri moved his family 3 kilometers away from the smelting activity, and his son’s lungs recovered. At 6 years of age, the boy insisted on going to the village school rather than the school for disabled children 2 hours away. His father carried him to and from school everyday. Tasiri also made sure his son always received physical therapy, so now, at 17,  he has partial use of his other hand. “Everything I do is for my son,” he said.

Metal smelting, whether it’s aluminum, lead or other materials, results in waste called slag, a dark charcoal ash with bits of leftover melted metals and other by-products from the intense fires.

Large slag pile from a smelting team in new industrial zone outside the village.
Before the government created the industrial zone outside the village in 2010, everyone in Pesarean dumped their slag in a big pile in the middle of the village.  This waste had to go somewhere. Workers couldn’t let it takeover their yards or workspaces. Because much of the slag is from lead smelting, this dumpsite is a major health risk and a top priority in the cleanup project.

Right: Budi Susilorini, Pure Earth’s country director in Indonesia, preparing for an interview in the middle of the toxic dumpsite. Center: Agung with partner organization KPPB and my translator on this trip. Left: Hugh Siegel, volunteer videographer/photographer.

People walk back and forth through the dumpsite every day. Children  run around the dump barefoot after school while eating snacks, increasing ingestion of lead.

Children treat the dumpsite as a play area, running around, wrestling and rolling down the hilly parts of the slag piles where grass and weeds have sprouted.
Barefoot children running around the dumpsite.
We have not yet tested the blood lead levels of village children, just the adults. But recent research on BLLs of children in Indonesia near informal lead smelting reported the following, 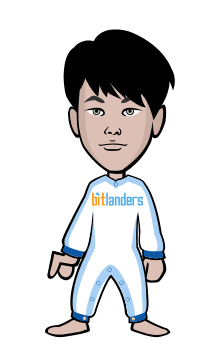 Photo Credits:https://wall.alphacoders.com Hello guys! Earth is our home and its our duty to make it…

It gives me real pleasure in announcing my new blog titled Neoglobe. The title I chose for my blog f…