The past three blogs have summarised Chapter Eight of Richard Walter’s “Essentials of Screenwriting” dealing with how characters should be represented and developed in screenwriting. This blog will be a diversion from the focus of the previous blogs as it will provide a brief analysis of the quality of the characters in the film Little Miss Sunshine (screenplay by Michael Arndt) based on their development throughout the film, a method by which Walter measures quality in characters.

The film is about a dysfunctional family consisting of fourty-year old, twice-married, mother-of-two, Sheryl, her current husband, college lecturer, Richard, his drug fiend father who is given the title grandpa, Sheryl’s depressive, homosexual brother and highly regarded scholar, Frank, and her children, antisocial fifteen-year-old, Dwayne, and bubbly six-year-old, Olive. When Olive gets awarded first place in the regional Little Miss Sunshine beauty contest the family must travel, by car, to California for her to compete in the state finals. Walter is of the stance that character-development is the transition of a character from one set of values and personality traits to another. The film centres around transition: the family’s physical journey to California which can be interpreted as a symbol of the each member’s personal development throughout the physical journey.

The film makes it very clear that the insecurities and misconceptions of life felt by the characters under societal pressure prior to the road trip, are challenged and expelled by the completion of their physical journey to California. In order to prevent this blog from being long and convoluted, only one character will discussed here: Richard (although there are many more).  At the beginning of the film, Richard asserts to the college students in his lecture that “winners see what they want, they go out and they get it”. He is confident that he will get an advance in his job but he is unsuccessful in achieving this even though he tries to turn this around by visiting and interrogating his college whilst on the trip to Florida. This substantiates the fact that sometimes it is not possible to “…go out…” and win against other people; sometimes one has to be content with self-fulfilment despite the extent of one’s external achievements.  He is closer to accepting this towards the end of the film when he gets up and starts dancing with Olive, who the crowd is hissing and yelling at because of her shockingly poor dance performance, but who persists despite this because she enjoys what she is doing and is fulfilling the wishes of her grandfather, and, in turn, fulfilling herself. The film presents Richard as a complex, dynamic character who develops from an individual brimming with insecurities and misconceptions to one that is content with his life as it is and accepting of the things he cannot change. 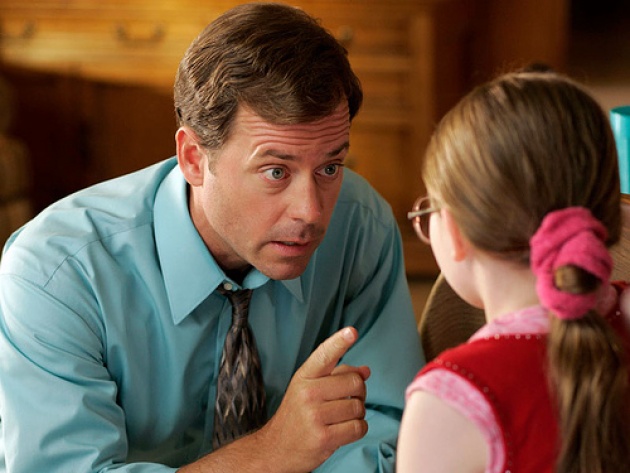 In conclusion, based on Walter’s idea of character development, his insistence on the importance of this in character construction in screenplay and Richard’s actions as a character in the film Little Miss Sunshine, this film builds quality characters who are interesting and engaging. The next blogs will further explore the characters in this film in relation to Walter’s understanding of evoking sympathy in the audience for characters and avoiding stereotypes.

hello guyz... This blog is about my Favorite Singer which is not much popular but I found her so ent…