BRIEF FLASH BACK OF A GREAT MAN " ARNOLD SCHWARZENEGGER "

Arnold Schwarzenegger was born in Germany in 30 July 1947.His full name is Arnold Alois Schwarzenegger and he is a complete package.He worked as the Film maker,Actor,businessman.Invester,Author and also a former Bodybuilder which is in end wininng the Awards Professionally.

He was born in Thai, a Village in Austria.His father was a Local chief Police Officer and Severed in World War 2.According to him he says that,his parents were very strict.If he does something Wrong "The Rod was not Spared" He brought in the Roman Catholic Family and attended many of the gatherings in the Church.

Arnold as an Actor

He worked in the film name Hercules in 1970 in New York.His accent in the film was so thick.He struggled in his acting career he said initially it was very difficult in the beginning as the body was too wired an the name was also too long many of the casting agents and others told me to change it first and have a better chance.Schwarzenegger got a chance in the film which he belonged too in 1977 by the name Pumping Iron in which many body-building elements were dramatized. 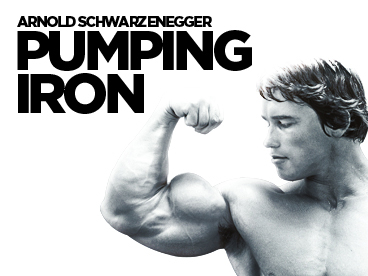 He was an action superstar his biggest hit which make the business on Box-office named as Sword and Sorcery and the Conan The Barbarian in 1982.In 2003 he made a biggest hit named as Terminator 3 :The rise of Machines which earned $ 150 Millions which was a record.

Arnold as a Politician

Arnold as a politician stated his career in his age of Acting time.He has been a registered campaigner for Republican,In his career he made lots of campaigns for the companies who are made and caused only to help and announcement to the General public.Arnold's first appointment as a political worker as the President Council on Physical Fitness and Sports and he served there for 1990 to 1993 and then later on served as a chairman for the California as the Council for Sports and physical Fitness under the Governor of Pete Wilson.

Governor of the State California

Arnold Schwarzenegger his candidacy for the Recall election for the Governor of California on the August 2003.He was not well Known by the people of California.A the he also refused to take part in the debates until 24 September 2003.The Recall election held in october 7,2003.in which the people voted him with the result of 55.4% of people said yes and than Gray Davis being removed from the office.By the affect of this the Second Governor of American State after Jhon G Downy in 1862.

Arnold Schwarzenegger was became the citizen of America 1983.As the Austrians are not allowed to have two Citizenships at one time and he also asked for the Austrian Authorities to keep his citizenship and later on he was awarded the Citizenship.

The New bill was created on the basis of the given authority to Arnold and he signed.The New law set the rules and regulations about the Emission of Utilities through which the refineries and the manufacturing plants are allowed to release into the atmosphere.

He also signed a bill in which the according to global warming bill through which all the corporations in California are strict and bound to make Long term contracts with who do not meet the standers of Greenhouse gas Emission.He also made an order to reduce the Carbon dioxcide by issuing the Carbon credits to all the Units of Plants to reduce it.

In 2013 there was report from New York Times reported that he is exploring a future run President.The few constitutional hurdles came in his way as the Law suggests,that the people who are not naturally born of United States should be assuming from the office and can not deals the office.The Law is very clear but it is in practice by the Political point of view.

He is very Successful person as Businessman as he moved to United States and started his political career and set his goal to becoming a president unfortunately it does not happened so far,He eventually started a mail order based business to buy a new car.He became wealthy at the age of 30 even before the his Hollywood career.

His financial independence from the load he established lots of businesses and his peak time was in the middle of 1970 when he started the mail order business.

He started the business with his fellow Body-builders that was basically a mail ordered in business started in 1968 and the marketing is done by he top marketing company that was one of the best at the times named Pair's Marketing Svvy and this business flourished in the United States which increased the demand of the Products in 1971 ,The business was basically a mail ordered business on which the people use to order the fitness related equipments and instructional tapes. He also invested in Shopping mall which is in Columbus Ohio. he has invested in the restaurants like Hard Rock Cafe and he started this all investing in early 2000 but he figured that i had not had the Success as I had before in other businesses like mail ordered businesses and Real Estate Business.

After separating from the wife at the time his wealth worth estimated about $100 to $200 Million in 2011 and his net wealth estimated approximately $ 400 Million as even as high to $800 Million on the basis of the Tax return filled for 2006.He invested in every favourable business and private and public both.As the report says Arnold had spent $38 Million of his own money on his Private Jet 1997. The worst illiterate is the political illiterate, he doesnt hear, doesnt speak, nor participates in …