"We don't have the budget for that" It's a phrase that is said everyday around the world in every industry. It's always a reminder that "What we are doing costs time and money". And in the film industry it's often a reminder that what you are doing has very real limitations.

As I write this I am currently undergoing a Kickstarter campaign to fund my next film, Diembe. You can find out more about how to donate at the link below: 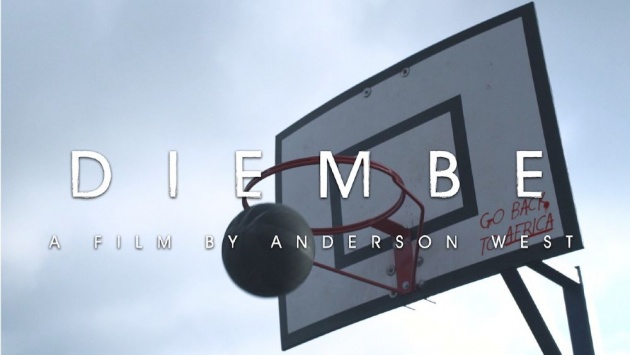 For this film I am asking the general public for about £7,000 ($11,000), which, generally speaking, is a lot of money. But in filmmaking it really it isn't much. Or, should I say when you are trying to make a film over 6 days, it isn't much.

Now, I must admit, if I wasn't familiar with how budgets work or how much things cost in film, I would say "Anderson, why do you need so much money? Your film isn't a big action flick or set in space or anything like that. It's about a boy who goes to school and plays basketball in a park, surely it can't cost that much?". I really wish that was the case.

Pre production is something that I do in my time, so it's on me and it should only cost me money at this point because at the end of the day, no one is commissioning me to make this film, it is entirely my idea and I am my own client in a way.

But for production, the actual shooting of the film, I need help, and lot's of it.
Let’s use the school scenes as an example. To we keep the film genuine, we need to have a lot of background actors (in this case kids in the school). All of these school kids can legally only be filmed for a certain amount time each day because of child labour laws. And as half of the film is set in a school, we have a lot to shoot a lot of scenes in a limited amount of time.

So how do we overcome this? By getting in the help, or in other words the crew. Sometimes I see behind the scenes photos on bigger films and there are quite a few people on set. Sometimes I think, “what are they actually doing?”. But everyone on set has a specific job and really they are there to make things go faster.
For instance the camera assistant and focus puller, they help the cinematographer/camera operator.

The cinematographer needs make sure the shot looks good by setting up the composition and lighting for each shot set up. The focus puller makes sure the shot is isn't blurry (which means going through specific marks with the actors whilst the cinematographer is setting up lighting) and the camera assistant makes sure the camera is working (making sure the camera has enough power, memory,balanced correctly, attachments are working amongst loads of other things).

If on a film like Diembe, the cinematographer had make sure the camera was working as well as in focus whilst still trying to light a scene inside a cafeteria with 40 kids, knowing that we only had about an hour to get the whole scene before the legal filming time for that day was up, it just wouldn't happen or be chaos at the very least.

I haven't even mentioned the sound recordist that needs to get clear crisp dialogue of lead actors in the scene, the 1st assistant director that makes sure we keep to that 1 hour schedule, the production assistants that help keep 40 or so school kids in check, the continuity person who is there to make sure we don’t have any mistakes that might end up being mocked on YouTube later on and the production designer who makes sure the film looks genuine to what a high school would look like in 2001. And The list goes on and on.

Above: Behind the Scenes, Music Video Tauya Naye, 2014

Everyone I’ve mentioned is a professional. For example, the sound recordist is a self employed sound recordist and cinematographer a self employed cinematographer. So this is their day job,  a day job that they are taking 6 days away from to help me on this film. A day job that pays their bills and feeds their family, all for me and this story and I am so very humbled for that.

But humility doesn’t pay the bills and doesn’t bring a film to life.

Now this doesn’t even mean I am paying them what they should actually get, some crew are even doing this for just travel expenses because they know if they charged what they normally get in, this film just would not happen! After all even £7,000 is still a lot of money.

Above: Behind the scenes of Dentures, 2013

I haven’t mentioned the actors, who are in the same boat as the crew, feeding everyone on set, getting the right lighting and camera equipment as well as filming in the other locations like a hospital, a warehouse, 2 houses and all the insurance and legal stuff we need. In fact below there is a breakdown of everything we need that £7,000 for.

Maybe I am just a moaning director producer, but this is just the reality. I often hear horror stories from crew about past shoots they’ve been on where it was chaos. They had to do 3-4 jobs on set, for long hours away from home and they weren’t even paid expenses, while in the end they never hear from the directors again.
So personally I think it’s important to try and help the crew and cast have an enjoyable experience whilst helping bring this film to life, after all without them, this film just would not happen. Now if I can only convince you guys that £7,000 isn’t a lot of money.

If you haven't seen the Diembe teaser you can watch it below.

If you wish to donate to the film and find out more info please click the link below:
https://www.kickstarter.com/projects/andersonwest/diembe-a-coming-of-age-basketball-film