Building schools in Afghanistan is the real opportunity for Film Annex 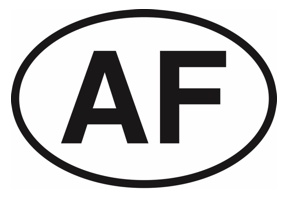 Afghanistan's current events switch from good news to bad news, fueling the debate over the country's current state and what the western world's role should be. The topic about Afghanistan is often war but in reality, Afghanistan is, as Marine Jonathan Weinkiper said, the land of opportunity, and there are plenty of positive stories to tell.

What we heard on the Marjah Afghanistan news were directly related to the work of the 18 Marines we interviewed (now available on (G.IV.E.) Web TV). The majority of these Marines described how building schools in Afghanistan is the key to success. This is the reason that led us to join forces with Roya Mahboob and her company Citadel Software to open the FIRST OFFICES of Film Annex in Afghanistan and support the Afghan Education System by building Internet points at schools in Herat.

With Film Annex Afghanistan and Roya's team, we are coordinating the creation of an army of writers reporting positive news on Afghanistan and teaching local students and Veterans how to write a blog and get paid.

We are also establishing a library of videos documenting positive stories, all available on the Afghan Development Web TV.