Buyers and Sellers of the Black Coffin Treasures

When I posted the topic about the "Black Coffin Treasures", I never expected that some people started to contact me about it via PM (Private Message). I really didn't know that there are some individuals who are serious about these objects that were long submerged underwater. 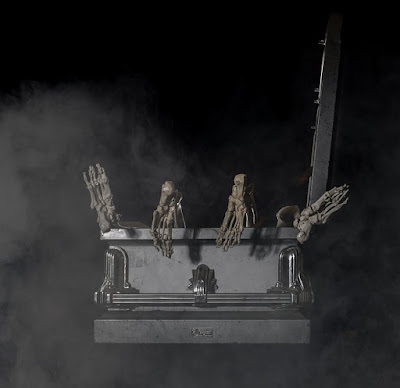 These people who contacted me consists of interested buyers and sellers. It is really very surprising that these people have to go through me just in order to get them together.

Sellers of the Black Coffin Treasures

Some individuals who contacted me claims that they have found the missing Black Coffin Treasures. And, they are actually asking for my advice on how to sell them in which I really do not have any idea about.

As far as what I know, the United States Military does not offer any monetary reward to anyone who can locate or pinpoint the exact location of the coffins for them. However, I have just recently known that there are other private organization or group of individuals who are actually willing to pay a certain amount of price for those objects.

Buyers of the Black Coffin Treasures

Buyers of Black Coffin Treasures have also contacted me. According to them, they are a group of large foreign organizations who are interested in buying the Black Coffin boxes. They actually asked me to refer them anyone who has found these objects and they will pay that person a good sum of money.

They gave their contact to me but I won't be posting it here on public since they asked for their privacy. So if you are one of those who found those missing coffins and you wish to sell them, simply send me a PM and I'll give it to you.

Since I am the middleman who made both the buyer and seller interact, I think that I deserve some small amount of share here as well.

My daughter when she was 3 years old

One of my best blessing... I love this girl…

We're bringing you another way to earn more Rewards to add to your bitLanders profile! Have you seen…

The Hidden Yamashita Treasure in WWII