C++ (pronounced as cee plus plus, /ˈsiː plʌs plʌs/) is a general-purpose programming language. It has imperative, object-orientedand generic programming features, while also providing facilities for low-level memory manipulation.

It was designed with a bias toward system programming and embedded, resource-constrained and large systems, with performance, efficiency and flexibility of use as its design highlights.[4] C++ has also been found useful in many other contexts, with key strengths being software infrastructure and resource-constrained applications,[4] including desktop applications, servers (e.g. e-commerce,web search or SQL servers), and performance-critical applications (e.g. telephone switches or space probes).[5] C++ is a compiledlanguage, with implementations of it available on many platforms and provided by various organizations, including the FSF, LLVM,Microsoft, Intel and IBM.

C++ is standardized by the International Organization for Standardization (ISO), with the latest (and current) standard version ratified and published by ISO in December 2014 as ISO/IEC 14882:2014 (informally known as C++14).[6] The C++ programming language was initially standardized in 1998 as ISO/IEC 14882:1998, which was then amended by the C++03, ISO/IEC 14882:2003, standard. The current C++14 standard supersedes these and C++11, with new features and an enlarged standard library. Before the initial standardization in 1998, C++ was developed by Bjarne Stroustrup at Bell Labs since 1979, as an extension of the C language as he wanted an efficient and flexible language similar to C, which also provided high-level features for program organization.

Many other programming languages have been influenced by C++, including C#, Java, and newer versions of C (after 1998).

Bjarne Stroustrup, the creator of C++
Bjarne Stroustrup, a Danish computer scientist, began his work on C++'s predecessor "C with Classes" in 1979.[7] The motivation for creating a new language originated from Stroustrup's experience in programming for his Ph.D. thesis. Stroustrup found that Simula had features that were very helpful for large software development, but the language was too slow for practical use, while BCPL was fast but too low-level to be suitable for large software development. When Stroustrup started working in AT&T Bell Labs, he had the problem of analyzing the UNIX kernel with respect to distributed computing. Remembering his Ph.D. experience, Stroustrup set out to enhance the Clanguage with Simula-like features.[8] C was chosen because it was general-purpose, fast, portable and widely used. As well as C and Simula's influences, other languages also influenced C++, including ALGOL 68, Ada, CLU and ML.

In 1983, it was renamed from C with Classes to C++ ("++" being the increment operator in C). New features were added including virtual functions, function name and operator overloading, references, constants, type-safe free-store memory allocation (new/delete), improved type checking, and BCPL style single-line comments with two forward slashes (//), as well as the development of a proper compiler for C++, Cfront.

In 1985, the first edition of The C++ Programming Language was released, which became the definitive reference for the language, as there was not yet an official standard.[10]The first commercial implementation of C++ was released in October of the same year.[7]

After the 2.0 update, C++ evolved relatively slowly until, in 2011, the C++11 standard was released, adding numerous new features, enlarging the standard library further, and providing more facilities to C++ programmers. After a minor C++14 update, released in December 2014, various new additions are planned for 2017.

Language[edit]
The C++ language has two main components: a direct mapping of hardware features provided primarily by the C subset, and zero-overhead abstractions based on those mappings. Stroustrup describes C++ as "a light-weight abstraction programming language [designed] for building and using efficient and elegant abstractions";[4] and "offering both hardware access and abstraction is the basis of C++. Doing it efficiently is what distinguishes it from other languages".[30]

C++ inherits most of C's syntax. The following is Bjarne Stroustrup's version of the Hello world program that uses the C++ Standard Library stream facility to write a message tostandard output:[31][32] 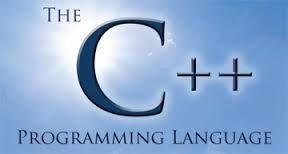 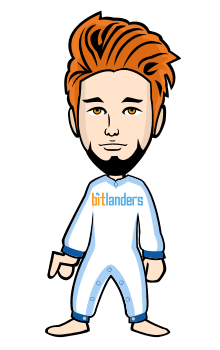