CAN DIGITAL LITERACY END THE REPRESSION IN TIBET? 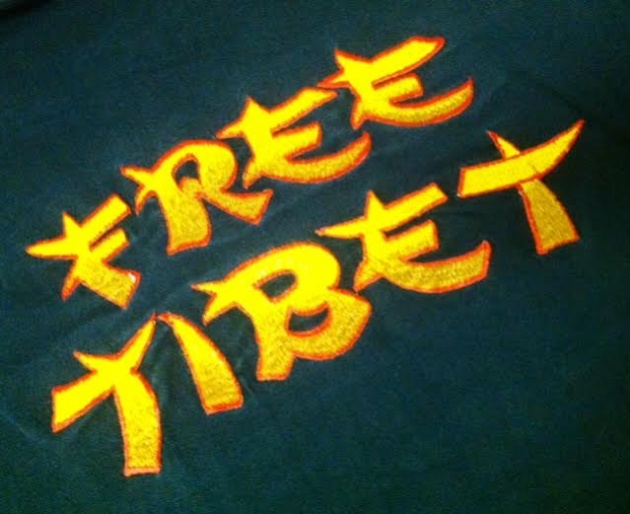 I'm going to irritate some people with this article, but I don't care. I've been hurting in private for the Tibetan people since I visited this wonderful region in 1998, and it's time to disclose publicly what I think about the Chinese policies implemented to annihilate the Tibetan population and their culture. Every time I read news about what's going on in Tibet, a scar on my chest re-opens and starts bleeding for the Tibetans, peaceful people who saw their country and freedom being taken away by a totalitarian regime in 1951. If this weren't shameful enough, Tibetans have lived through a ruthless repression for more than 60 years, receiving no help from the international community that pretty much left them to their fate. 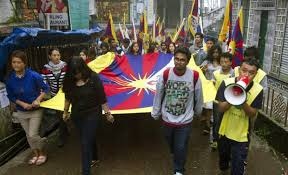 Last month dozens of Tibetans were wounded by open fire from the Chinese police in the Tibetan Biru county. They were peacefully protesting against the incarceration of a fellow activist, who they believed was arrested without any respect toward his human rights. 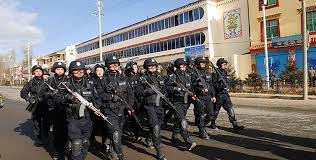 In China, human rights are a hot issue. Although they belong to the ruling majority, the Chinese themselves are denied many of the fundamental rights available to citizens living in a democratic country; therefore, you can imagine how the Chinese regime operates toward the Tibetan minority in Tibet. Tibetans are seen as third class citizens, with no rights to advocate for themselves. Ever since Mao Zedong's People's Liberation Army invaded Tibet in 1951, Tibetans were stripped of all their rights and privileges to the advantage of a new generation of colonists coming from all over China. Thousands of gompas - the Buddhist temples of Tibet, Nepal and Ladakh - were destroyed, schools stopped teaching the Tibetan language, and the Chinese newcomers were given the best job positions. Little by little ethnic Tibetans saw their culture being replaced by the Chinese society, with no chances to rightfully claim their heritage back. 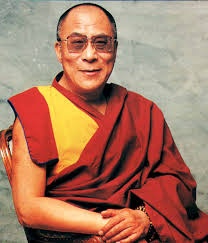 There's little Tibetans could do to stop the Chinese repression. With no support from the international community - except for the indefatigable campaigns promoted by their spiritual leader, the Dalai Lama - they were completely powerless in front of the military machine of the Chinese regime. In addition, during the past 60 years the Communist Party of China has used a more subtle - yet more efficient - strategy to subdue the Tibetan population: colonization. As soon as it took power, the Chinese regime subsidized the migration of hundreds of thousands citizens from all over the country to occupied Tibet, so that the Tibetan people would soon become a minority in their own homeland. This move was far more effective in repressing ethnic Tibetans than a military occupation, because it practically alienated them from the higher-class Chinese citizens who became the new beneficiaries of all economic resources. 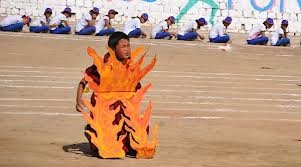 Since the Chinese occupation, the Tibetan people have been denied most basic human rights, including freedom of speech, press and political assembly. Tibetans are now allowed to profess their faith, but it's just a fake facade of tolerance from the regime. Beijing reports "substantial" improvements of the lives of the Tibetan minority, yet monks continue to set themselves on fire in protest against the rulers. I'm not sure how they can call this an "improvement". Just recently, Tibetans were forced to put a Chinese flag outside their houses. This sparked the protests that brought to the arrest of the activist mentioned in the article above. 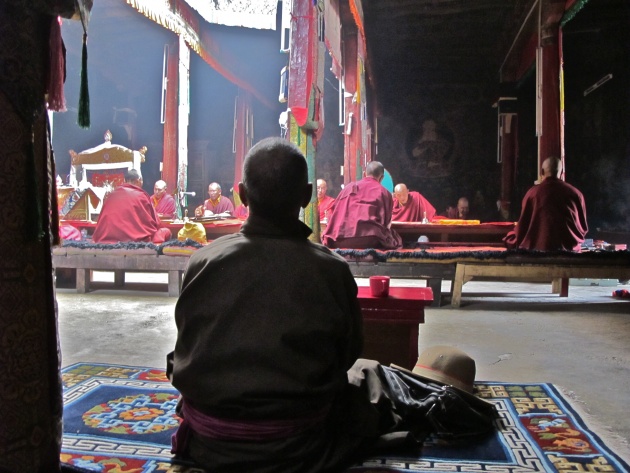 It has been 15 years since I was in Tibet. When I visited this wonderful land some of the gompas that had been previously destroyed were being rebuilt, and monks were slowly starting to welcome visitors. To all appearances, the Chinese regime seemed to have open up toward the Tibetan minority, but it was only an illusion, and you could read it on the faces of those people who had lived through years of brutal repression. Every time I would touch politics with a Tibetan, the conversation was virtually over. Too many government spies were infiltrated within the local population, and those who were caught talking to tourists about the regime often "disappeared". The only people who occasionally felt free to talk to me about their lives under the regime were some of the monks, as long as we were alone. Before my trip, I had read that the Chinese had destroyed most images of the Dalai Lama - holy to every Tibetan - and were punishing anybody who was caught possessing one. Those images were so rare in Tibet, that the few who did have one, treated it like a real treasure. Keep in mind that most Tibetans didn't have a television - let alone a computer - and had no idea how the Dalai Lama looked like, after being in exile for so many years. An image of His Holiness was invaluable. Although illegal, I made several copies of a small headshot of the Dalai Lama, and kept them hidden in my inside pocket. Every time I had the chance to be completely alone with a Tibetan, I give him one copy. I will never forget the tears streaming down their faces. 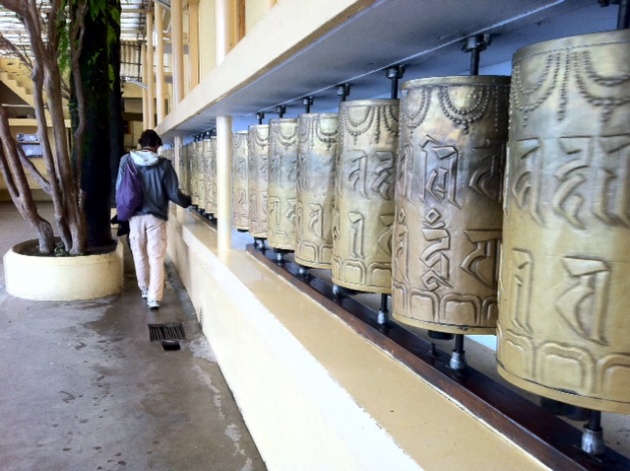 Now Tibetans have the lowest-paying jobs in Tibet. This is real. They suffer from unequivocal discrimination, and are disrespected by the Chinese on a regular basis. This is real. And the invaders never miss the opportunity to make them feel like they are guests in their own homeland. This is also real. During my journey I had a guide who stated that he was Tibetan. At the time, my ignorance didn't allow me to clearly distinguish the difference between Tibetan and Chinese facial features, and I initially believe him. Nevertheless, that didn't last long. I soon realized he was an impostor by how much pleasure he seemed to take smoking inside the monasteries we would visit, and emptying his bladder against their walls. It's stuff like this Tibetans have had to endure since they lost the sovereignty of their country. 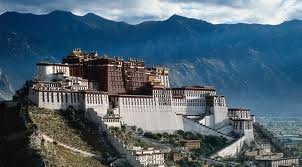 The Dalai Lama has been tirelessly advocating for human rights in Tibet for decades. I believe that if everybody wrote a social media blog denouncing the injustices that occur in Tibet, maybe the Chinese government would be pressed to do more to grant what the Dalai Lama is asking for his people. If we all used our social media network strategies to increase public awareness about the oppression of the Tibetan people, maybe those in charge would feel more motivated to respect the freedom of the Tibetan population. If we shared on social media our frustration and determination to do whatever it takes to change the situation, maybe the new generation of Chinese politicians would answer to this social media campaign, and be more inspired to put an end to this repression. It doesn't take much to write a blog like this... Who is with me?