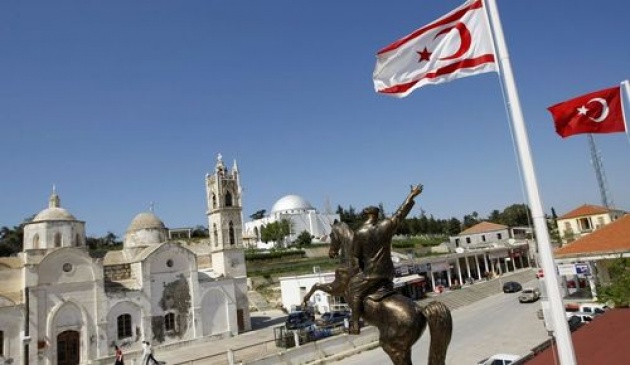 “The overall picture of Cyprus is largely shaped by the reality of bi-communalism which also has repercussions for the situation of freedom of religion or belief, but the religious situation in the country is much more complex than this focus on the two main ethnic groups and two main religions suggests,” said UN Special Rapporteur on Freedom of Religion and Belief, Mr. Heiner Bielefeldt.

The Cyprus reconciliation talks are at a critical phase, although they have dragged out for what appears as an indefinite period. See Blog for Video – “Cyprus Talks Stalled – Will UN Security Council Step in?” http://www.filmannex.com/posts/blog_show_post/cyprus-talks-stalled-will-un-security-council-step-in/49313. The Special Rapporteurs perspective and Report encourages religious leaders to undertake a more forthcoming role in encouraging tolerance and the reintegration of Cyprus’s communities. See Below the rest of the Statement provided by Mr. Bielefeldt.

Bielefeldt was speaking at the end of the first ever visit to Cyprus by any of the independent experts appointed by the UN Human Rights Council.

In Cyprus, the term ‘bi-communalism’ is mainly used to refer to the Greek Orthodox Church and Islam, as well as to the Greek-Cypriot and Turkish-Cypriot communities. However, the 1960 Constitution also explicitly mentions the Armenians, Maronites and Latins who have associated themselves with the Greek Cypriot community.

“While the general understanding of ‘bi-communalism’ reflects historic and contemporary realities, there is more religious diversity on the island than this concept suggests,” said Mr. Bielefeldt. “For example, migrants, settlers and their descendants have altered the religious landscape in both the north and the south, and new religious communities have arrived on the island,” he added.

“The situation of freedom of religion or belief in Cyprus is very complex,” Mr. Bielefeldt said, noting however that “virtually everyone I have spoken with agreed that the current political tensions in Cyprus are not in reality rooted in religious differences.” Rather, political tensions which continue to affect the country may have an impact on freedom of religion or belief for everyone, as well as on the relationship between various religious communities.

While Greek Orthodox Christians constitute the largest religious community on the island, their members in the north have dwindled to a small minority of only a few hundred people. “When visiting their villages, I saw the poor condition of derelict churches and manifestations of vandalism in a cemetery where crosses and tombstones had been broken,” said the UN independent expert.

Muslims in the south comprise not only Turkish Cypriots but also migrants most of whom are from Arab and South-Asian backgrounds. Mr. Bielefeldt also noted concerns about the lack of religious education and inadequate funding for the maintenance of mosques and cemeteries. “The current museum opening hours of the famous Hala Sultan Tekke in Larnaca effectively prevent Muslims from praying five times a day in this mosque,” he added.

Religious communities outside the bi-communalism focus on the Greek Orthodox Church and Islam generally receive little attention, although taken together their members add up to tens of thousands of Cypriot inhabitants. While these religious minorities can in general practice their religion freely, the UN independent expert was also informed about problems relating to religious buildings and cemeteries.

“Almost all my interlocutors agreed that the situation has clearly improved in recent years, which has also had a positive impact on the enjoyment of freedom of religion or belief,” stated Mr. Bielefeldt. “This has chiefly to do with the opening of a number of crossing points since 2003 which allows people – albeit not all of them – to more or less freely move and have access to religious sites, including churches, mosques and cemeteries, previously inaccessible to them.”

At the end of his visit to Cyprus, which took place from 29 March to 5 April 2012, the UN independent expert highlighted the following overarching recommendations:

* Heiner Bielefeldt assumed his mandate on 1 August 2010. He is Professor of Human Rights and Human Rights Politics at the University of Erlangen-Nürnberg. From 2003 to 2009, he was Director of Germany’s National Human Rights Institution. Mr. Bielefeldt’s research interests include various interdisciplinary facets of human rights theory and practice, with a focus on freedom of religion or belief.