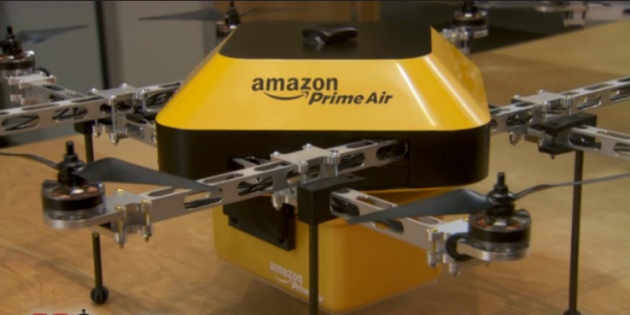 After being rebuffed by U.S. regulator reticence, Amazon is now engaged in testing its drone delivery services in British Columbia, just north of the U.S. border in Canada, on a piece of land dotted with oak trees and firs, the Guardian reports. The ecommerce company is using the test field to trial drones weighing under 55 lbs carrying packages ranging up to 5 lbs, flying through airspace of between 200 and 500 feet at speeds of up to 50 MPH.

It’s happening here, and not 2,000 ft to the south, because the U.S. Federal Aviation Authority, has been dragging its heels on green lighting testing in Washington on existing Amazon company property. Last week, the FAA did finally relent and approve experimental testing for Amazon, but the company responded (with no small amount of evident pique) by noting that the actual drone approved from testing was aprototype that has since become obsolete thanks to more recent technical advances.

In Canada, by contrast, Amazon endured only a single three-week licensing undertaking, after which it has received what the Guardian says is essentially “carte blanche” permissions regarding its full fleet of drones for testing. Of course, one could argue that given Canada’s much, much lower population density and less charged political climate, comparing the FAA’s responsibilities with those of its equivalent body in Transport Canada from the neighbor to the north is essentially comparing apples to oranges.

Still, Canada’s openness to work with drone companies on early testing might usher in a small industry boom – already in 2014, Transport Canada has approved 1,672 companies for commercial drone use, compared to just 48 total for the FAA, the Guardian notes. Canada offers some big benefits to companies hoping to eventually serve the U.S., too, including general geographic and climatological similarity with its southern companion.

Drone companies, especially those focused on solving the hard problems surrounding machine learning and autonomy, are already springing up like weeds in Canadian innovation hubs like Waterloo and Toronto, so the FAA’s sluggishness may prove vitalizing to Canada’s emerging flying robot industry.

Actually, we didn't need it, at least for me, possessing a drone is an added baggage and I was alrig…