Cannes 2014: WHEN ANIMALS DREAM – get a second opinion 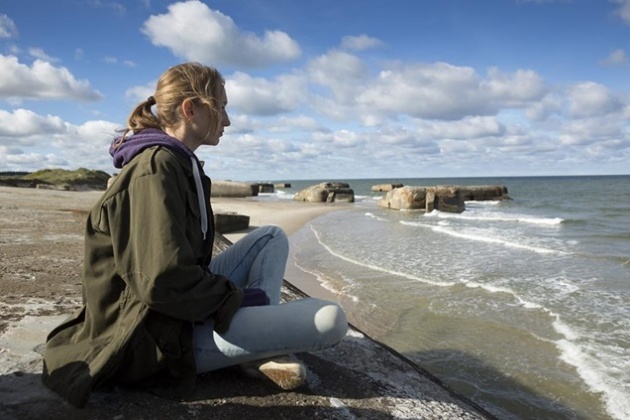 I didn’t go to Cannes this year to see genre movies, but they popped up all over the shop. First, American horror flick, IT FOLLOWS about cursed young people convinced there is someone coming to get them, then Korean thriller A HARD DAY about a cop whose bad day just keeps getting worse (and so did the movie). Finally Jonas Alexander Arnby’s WHEN ANIMALS DREAM (Nar dyrene drommer) a Danish film about a teenage girl who discovers that both she and her heavily sedated mother are werewolves. Well, it beats working the checkout. The title doesn’t tell you anything, but the film tells you plenty. If you spot a growth and your doctor says it is nothing to worry about, get a second opinion, preferably from someone out of town.

Poor Marie (Sonja Suhl), she doesn’t have that option. She goes to work at the local fish processing plant, all eyes on her. She’s the new girl and that means initiation time, a swift dunking in the fish waste tank. ‘Congratulations, here is your own knife and apron,’ she is told. I would have them from bullying and harassment.

Marie’s mother (Sonje Richter) requires constant medical attention. Dad (Lars Mikkelson) barely lets her out of his sight. But then when Dad and the local doctor sit Marie down for a talk and show her a needle, there is no way that Marie is having what her mother has had.

The local boys at the plant aren’t exactly friendly, but one boy Daniel (Jakob Oftebro) is kind of cute. Marie also has another friend who tells her to look into the deaths of some Russian sailors many years ago; they had a rather negative influence on her mother.

So this is another ‘isn’t female sexuality terrifying’ movie. Actually, working in a fish processing plant is worse. Bodies start to mount up and the finger of suspicion points at Marie; well, the locals heard the stories about her mother and the fate of said Russian sailors.

It all ends on a boat, where the intention is to dispose of Marie without anyone noticing. And they would have gotten away with it if it wasn’t for that transformation. I can’t say I was particularly startled by WHEN ANIMALS DREAM; it isn’t Dogme 95, that’s for sure. I predict festival screenings in the UK (maybe Frightfest in August) but no cinema release. The script is by Rasmus Birch.

Sometimes, I really appreciate the area that I live in. I love the walks down the harbour, I love th…