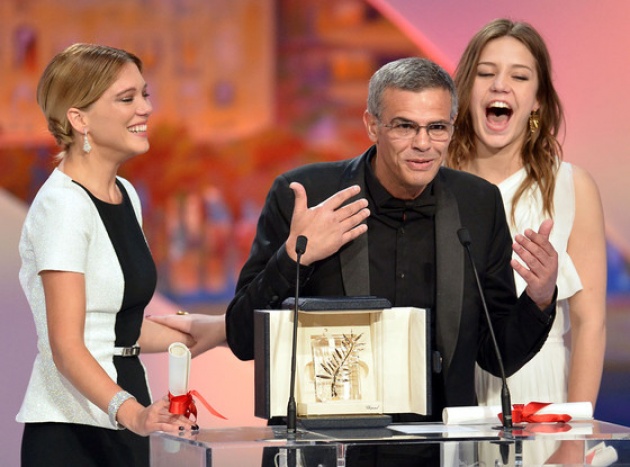 Abdellatif Kechiche's "Blue is the Warmest Color" was the biggest winner of the 2013 Cannes Film Festival. The coming-of-age lesbian drama starring Adèle Exarchopoulos and Léa Seydoux was awarded the Palme d'Or by the fantastic jury including Steven Spielberg, Christoph Waltz, Ang Lee, and Nicole Kidman. The esteemed jury also honored the cast of the film. Yay!

Berenice Bejo (we loved her in "The Artist") won Best Actress for Asghar Farhadi's "The Past" and Bruce Dern took home the Best Actor as an aging, booze-addled father who goes on a trip from Montana to Nebraska to claim a million dollar Mega Sweepstakes prize in Alexander Payne's "Nebraska."

Here's the complete list of the winners of the 2013 Cannes Film Festival. Congrats everyone!

Best Actress: Bérénice Bejo, The Past